Memories of the civil war in Livingston’s Afro-Indigenous community excavate an untold history long excluded from the official record. 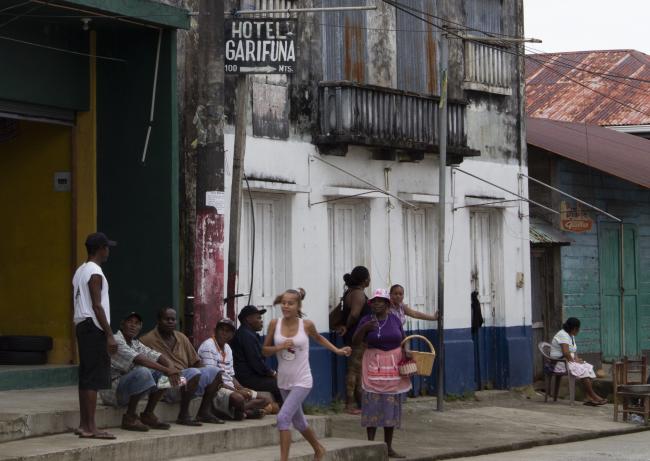 Decades later, Rosa* still remembers the feeling of terror. During Guatemala’s armed conflict, the police used to knock on doors in her Caribbean coastal town to tell people to turn out the lights, though no one could sleep anyway, she recalled. “When the war reached Livingston, we were scared,” the 78-year-old, dressed in a white gown with an orange scarf over her hair, told me in her living room, surrounded by carefully placed family photographs. “Oh God! We were indeed very terrified.”

Rosa referred to the 1960-1996 civil war as “their war,” a reference to Guatemala’s Ladino (mestizo) and Maya populations. As a Garífuna woman, she believed she was not a part of the war, and yet the violent episode had terrorized her community greatly. She still remembers tragedies, like the killings of four young Garifuna men in Livingston in the late 1970s at the hands of the military. Her story, which she shared with me in January 2017 as part of my three-year research project collecting Garífunas’ war-time oral histories, rescues the Garífuna voices omitted from the national narratives of the armed conflict. The Garífuna are an Afro-Indigenous community that dispersed along the Central American coast more than two centuries ago after the British expelled them from the Caribbean island of St. Vincent.

In the quarter century since Guatemala’s 1996 Peace Accords ended 36 years of brutal armed conflict, Garífunas’ unique accounts of the war as it happened in Livingston have not been formally shared, collected, nor archived. Stories engrained in their memories have never been told because the government, scholars, nonprofits, and other agencies entrusted with gathering the testimonies of thousands of survivors and victims of state terrorism accepted the idea that the war only affected Ladino and Maya populations. During the war, more than 200,000 people were killed and thousands more were disappeared, mostly at the hands of the Guatemalan state. The majority of the victims were Maya. Contrary to the official narrative, however, the war also devastated other ethnic groups, including the Garífuna. They may have not been massacred, but during the armed conflict many Garífunas died, were forcefully recruited and served in the military, lost their land and resources, and were tortured. Others fled to other countries, welcomed displaced Maya communities, and participated in the peace process.

Sergio, a Garífuna from Livingston who was forcibly recruited as a teenager by the military in the late 1960s, resents that the years of violence in his hometown remain in obscurity. “The history of the armed conflict our country experienced does not mention the Garífuna at all. It is not documented, but our people also paid a high price, with their lives,” said Sergio, who had been swimming with friends when soldiers scooped him up and took him away without his parent’s knowledge. “How much suffering and death does the Garífuna community have to endure in order to be counted?” 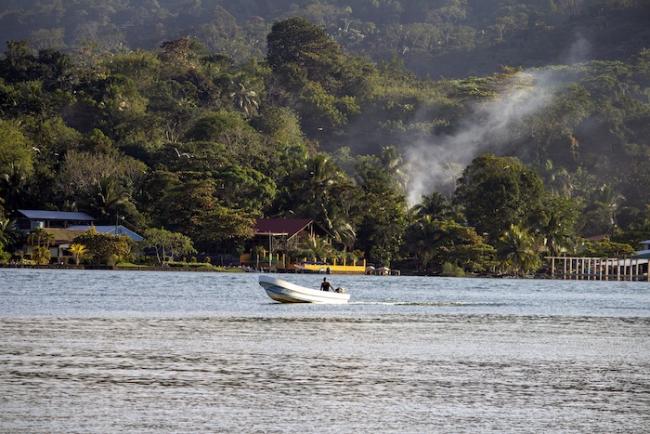 The definitive record of human rights violations committed during the armed conflict, compiled by the United Nations-backed Commission for Historical Clarification (CEH) based on thousands of testimonies of war survivors, details the state terror perpetrated against Maya communities and political dissidents, trade unionists, religious leaders, and other activists. The Commission identified the Maya population “as the collective enemy of the state” and documented massacres and scorched earth campaigns that razed entire Maya villages. At the same time, the CEH’s final report, “Guatemala Memory of Silence,” issued in 1999, omitted the Garífuna testimony from their findings. The report states that the Commission used newspaper and radio ads, including announcements broadcast in nine Mayan languages, to call on Guatemalans to share information about incidents or grievances that occurred during the armed conflict. No announcements were made in the Garífuna language or for the Garífuna people.

One of the main goals of the CEH’s work, the report states, was to “satisfy the right of the Guatemalan people to fully know the truth” and to avoid a repeat of the painful history of armed conflict. It also recognized that “a firm and lasting peace cannot be built on the foundations of silence” but requires “knowledge and truth.” The report zoomed in on the grave abuses against the Maya, the “most affected” population, “without denying that the rights of all the Indigenous peoples of Guatemala were violated.” And yet, the report effectively erased the Garífuna experience from the national narrative of the armed conflict, implying that their suffering and afflictions were not worth documenting. Other efforts to collect testimonies, such as the Guatemalan Catholic Church’s 1995 Recovery of Historical Memory project and 1998 final report, followed in the same footsteps, entirely disregarding the Garífuna voice in its examination of the war as lived and narrated by the victims.

During the armed conflict, state terrorism in Livingston followed a similar playbook of violence and coercion applied to other conflict zones throughout Guatemala, especially during the regimes of military dictators General Romeo Lucas García (1978-1982) and convicted war criminal General Efraín Rios Montt (1982-1983). “During that period, you lived in fear, constant fear!” Sergio told me. Sergio’s forced service in the Armed Forces exposed him to vile acts of violence inflicted in the coastal region of Izabal. “The military was in charge of pulling these people out at night and killing them all. These poor people had to dig their own pits [graves]!” he recalled. “I was so conflicted with all this violence because my cosmovision is different. It is not to exterminate people.” Sergio was discharged from the military in 1976 after being jailed for defying extrajudicial orders.

From the late 1970s to the early 1990s, the Guatemalan military fed its ranks through forced recruitment. In Livingston, military recruitment not only destabilized the community, it also provoked a massive exodus of young Garífuna men to other regions of Central America and to the United States, mostly to New York, Los Angeles, and Seattle. At the time, an estimated 8,000 Garífunas lived in the area of Livingston and nearby towns. According to Guatemala’s 2018 census, today there are approximately 1,675 Garífunas living in Livingston.

* All names are pseudonyms to protect individuals’ identities.

Scherly Virgill Artiaga is a digital historian in Black Central American modern history and its diasporas. Her work is centered on the greater need to create historical archives that highlight and solidify the contributions of Black communities in Central America.