Building a Church of the Poor

In postwar El Salvador, ecclesial base communities have refocused their radical faith for a new context, remaining active and influential in their communities and political movements. 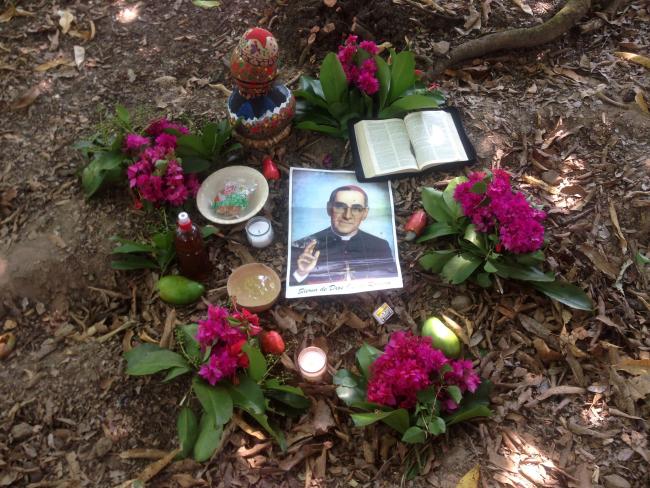 The issue lauch for the Winter 2020 NACLA Report is today at 6PM ET. Register here.

“Hay que seguir andando, no más. Hay que seguir andando.” These words filled a high school auditorium in March 2020 in Guayaquil, Ecuador, where Christians from Central and South America and the Caribbean gathered for the 11th Continental Meeting of ecclesial base communities (CEBs), also known as Christian base communities in English. The refrain comes from a contemporary hymn penned by an Argentine composer and ratified by Latin American CEBs. “We just have to keep going, that’s all,” the lyrics prod. “We just have to keep going.” At the gathering, seminars and working-group sessions complemented worship, singing, and reunions among friends in an effort to fulfill the meeting’s general goal: “To echo the cries of the poor and of the earth in order to recreate challenging ministries for the care, protection, and defense of a dignified life and our Common Home.” The coronavirus pandemic abruptly interrupted the meeting, but the words of the hymn took on greater significance as participants headed back to their home countries.

Continuing to put one foot in front of the other in the face of unexpected challenges embodies the spirituality that has characterized the CEBs in the decades following their heyday in Latin America in the 1960s and 1970s. The CEBs were small groups of impoverished Catholics belonging to local parishes that, through Bible study and sociopolitical analysis, became convinced that Jesus’s teachings did not demand injustice or suffering in exchange for a paradisiacal afterlife, but rather promoted work in community to create a better life for all before death. Encouraged by progressive clergy, missionaries, and official church documents coming out of the Second Vatican Council (1962-1965) and the Latin American bishops’ meetings (1968 in Medellín, Colombia and 1979 in Puebla, Mexico), the CEBs came to involve roughly three million members in Brazil alone by 1980 and their activity prompted the reflections of liberation theologians like Gustavo Gutiérrez in Peru, Jon Sobrino in El Salvador, and Leonardo Boff in Brazil.

However, during many countries’ revolutionary conflicts, U.S.-backed dictatorial regimes persecuted, tortured, exiled, or killed members of the CEBs because of their faith-based commitment to social justice and opposition to corrupt governments and foreign intervention. This loss of life, while brutal and tragic in and of itself, also weakened the CEBs as a movement; many well-educated and effective pastoral leaders were eliminated from the field, and many communities dispersed as members fled internally or internationally. By the mid-1980s, the ecclesial policies of Polish-born Pope John Paul II—fearful of the communism he suspected the CEBs promoted—had created significant obstacles preventing the CEBs from working in harmony with their bishops and weakening their access to pastoral support and church resources. The hope for ecclesial reform the CEBs had seemed to promise in their early decades faded as imposed neoliberal economic policies sidelined the revolutionary demands the CEBs supported and clerics increasingly ignored or openly opposed them. 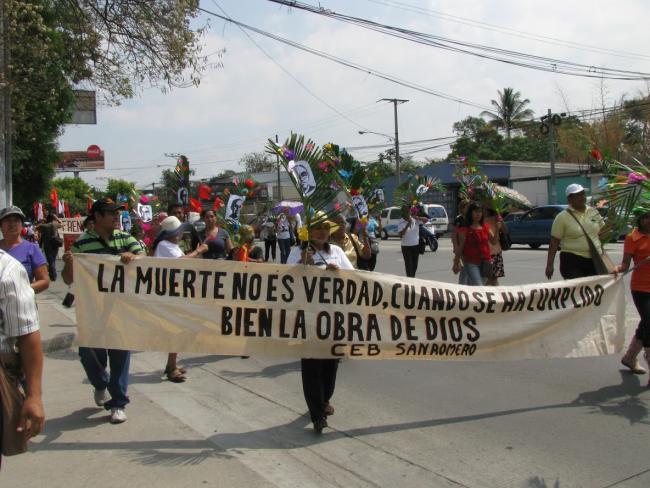 Although contemporary study of the CEBs has all but disappeared from international view, they are still active, significant elements of the political Left in almost every country of the region. Salvadoran CEBs, in particular, illustrate these dynamics. While the CEBs may look different today than they did in the 1970s and 1980s, in El Salvador—as elsewhere in Latin America and the Caribbean—these communities retain their commitment to the poor and marginalized, their socially and politically active form of religious expression, and their hope for otros mundos posibles—other possible worlds.

After the 1992 Peace Accords brought an end to 12 years of civil war and U.S.-funded state terror, the CEB networks that had survived the conflict dispersed to aid returning refugees as they built new houses, tilled scorched land for farming, and established new communities. Amid the flurry of reconstruction, pastoral leaders organized Bible studies and liturgical celebrations that motivated the continued struggle of the poor for a dignified life.

Agustín, now a 40-something organic farmer in rural Morazán, remembers his first encounter with the CEBs in a repatriated community in the early 1990s. He had been taught to hope for a heaven with “oceans of crystal and streets of gold,” but then he learned in CEB meetings that God wants heaven on earth with healthcare, education, and work for all. “I got involved little by little,” he said. “It seems to me that Jesus’s own liberation theology was…to teach a people to wake up and see their reality.” Before and during the war, the CEBs had lived out these religious convictions by supporting a revolutionary overthrow of the government. Immediately after, they focused on helping people secure land upon repatriation, rebuilding their communities, and turning a critical eye to new policies that promoted economic inequality like dollarization, free trade agreements, and the privatization of telecommunications, electricity, and other public goods.

Unlike the friendly relationship CEBs had with Monseñor Óscar Romero and other priests and bishops before the armed conflict—arguably their most radical and well-organized period, before the disarticulation wrought by the war—the CEBs’ postwar efforts in repatriated communities did not have the support of Church officials. Archbishop of San Salvador Fernando Sáenz Lacalle put the major seminary in the hands of the conservative Opus Dei movement in 1995, and Pope John Paul II’s “new evangelization” opposed faith-based justice work in favor of charity and ecclesial unity. With Opus Dei training new clergy, there have been very few new priests with the critical tools needed to carry the torch of those killed or exiled during the war, and foreign pastoral missions that once supported CEBs are now rare. Without hierarchical support, the CEBs had little access to pastoral leadership, theological formation, or even practical resources like meeting spaces or transportation. Instead, they formed secular nonprofits like the Brother Mercedes Ruiz Foundation (FUNDAHMER), CEBES Perquín, and other regional associations in order to fundraise, hold land, and coordinate workshops and retreats.