Toppling the Colonizers in Trinidad and Tobago

At the University of the West Indies, the campaign to rename Milner Hall highlights a decolonial struggle for historic reparations. 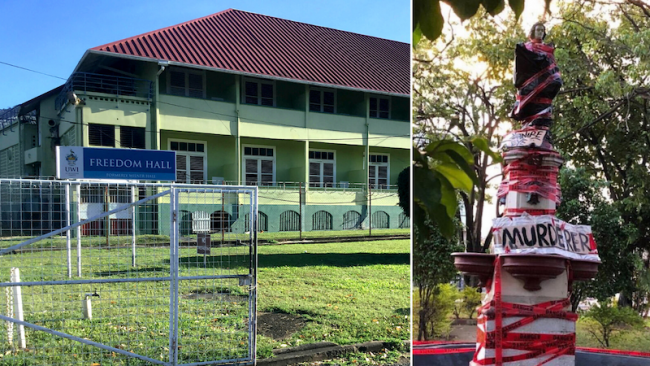 On February 20, 2018, Milner Hall, a student residence at the University of the West Indies (UWI), St. Augustine Campus in Trinidad and Tobago, became known as Freedom Hall. Alfred Milner, after whom the hall was named in 1927, was an imperial administrator in the British Empire during the late 19th and early 20th centuries. He spurred war in present-day South Africa while serving as British high commissioner and governor in Cape Colony, and he later influenced the Caribbean as secretary of state for the colonies. Scrubbing Milner’s namesake from the UWI, St. Augustine after almost a century was a direct result of a heightened intolerance of colonial legacies fed particularly but not solely by the Caribbean reparation movement, launched officially in 2013. The name change constituted one of the latest acts of decolonization in the region.

At the same time, the debate over Milner’s legacy came amid a reckoning with memorials to enslavers and colonizers at higher education institutes across the globe. In South Africa, for instance, a student movement won the removal of a statue of apartheid architect Cecil Rhodes from the University of Cape Town in 2015. The name change also became linked to Black Lives Matter protests in the United States and beyond, particularly as the movement reignited in response to the killing of Black man George Floyd at the hands of police on May 25, 2020. The seemingly spontaneous global eruption of demonstrations against racial injustice included protesters in Bristol toppling a bronze statue of the 17th century trader in captured Africans, Edward Colston, and dumping the monument in the harbor in June 2020. The same month, the 150-year-old Antwerp statue of Belgium’s King Leopold II, responsible for the deaths of millions of Africans in what is now Congo, was set on fire and later removed. In July 2020, the U.S. House of Representatives voted to remove monuments of Confederate figures from the Capitol Building, including statues of former chief justice Roger B. Taney, known for his pro-slavery decision in the Dred Scott case, and former Confederate secretary of war John C. Breckinridge. The bill, however, has not advanced in the Senate. Expunging Milner’s name from the UWI was part of an international campaign to reject the continued glorification of known perpetrators of genocidal oppression and racial terror. 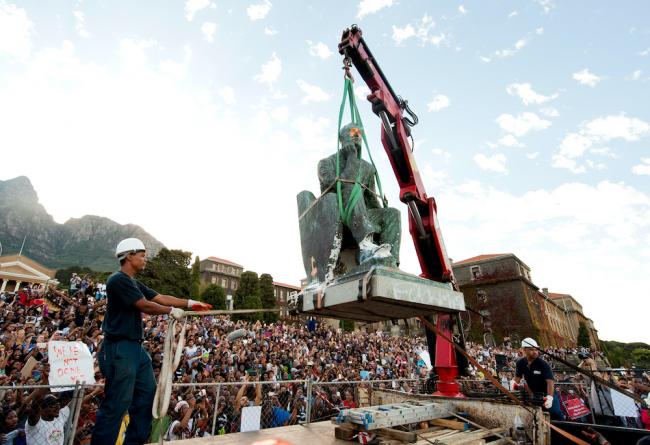 Reckoning with a Colonial Legacy

Six months after the CARICOM Reparation Commission’s (CRC) establishment, the 15 member states of the Caribbean Community (CARICOM) adopted a 10-point plan calling on former European colonizers and enslavers to: formally apologize for the genocide of Indigenous peoples and for African slavery in the Americas, assist in repatriating the descendants of stolen Africans to Africa, develop a plan to rehabilitate communities descended from Indigenous peoples, promote research to memorialize the victims of European imperialism, alleviate health issues arising from slavery, eradicate illiteracy, sponsor an African knowledge program, create psychological rehabilitation programs to address the traumas of enslavement, facilitate technology transfers, and offer debt cancellation. For Caribbean historian Sir Hilary Beckles, vice chancellor of UWI and chair of the CRC, emblazoning the name of Lord Alfred Milner on the walls of the oldest hall of residence at the UWI, St. Augustine was not consistent with the objectives of the 10-point reparations plan. He set in motion the effort to strike Milner’s name from UWI.

It was only after visiting the University of Johannesburg in South Africa that Beckles became fully cognizant of Milner’s legacy. While South Africans condemned Milner for his prominent role as a founding father of the racist policies of apartheid, the same man enjoyed a space of honor and respect at St. Augustine. During the 2017 matriculation ceremony held at the UWI’s Cave Hill Campus in Barbados, Beckles articulated his position on the Milner issue, clearly locating the matter within the decolonization and reparation movements not only in the Caribbean, but also in the United States and the wider world. He declared to the new students that UWI deemed it necessary to reflect upon its past and that change in light of colonial legacies was essential. “It is not a question of removing history,” he said. “You cannot remove history, but you can determine who you will revere in history.” Speaking specifically to Milner’s history as a self-proclaimed “English race supremacist,” Beckles emphatically added: “That name has to go. And we are clear on that.”

In the following months, Beckles unapologetically reiterated that as UWI entered its 70th year, the Milner name was indefensible and needed to be removed. “I will say to you as clearly as I can that we have examined all of the structures in our university and we can stand by all, but this one diminishes us,” he said at an October 2017 meeting of staff and students. “This one takes us down to a level that, in my judgement, is unacceptable.”

The position followed the recommendations of a report by professor of South African history at the UWI, Cave Hill Campus, Alan Cobley. Beckles had commissioned Cobley to investigate the life and times of Lord Alfred Milner with a view to making a formal decision about whether or not to remove his name from the campus. Cobley’s report confirmed that Milner was a self-proclaimed racist and white supremacist. He formulated theories describing Africans as savages, contributed to laying the foundation of the inhumane, divisive, and criminal system of apartheid practiced in South Africa from 1948 until the early 1990s, functioned as an architect of Indian indentured servitude in the Caribbean, and was an aggressive imperialist who committed crimes against humanity in the name of the British Empire. While Cobley credited Milner for his role in establishing the UWI’s forerunner and its scholarship scheme for students, he concluded: “The racist and imperialist world view of Alfred Milner…is antithetical to the purposes of our university as expressed in our mission statement—which is, fundamentally, the progressive development of Caribbean people and society.”

Beckles also would have found incriminating evidence against Milner not only in Africa, India, or any other part of the British Empire, but right in Trinidad. In her 2011 history of the St. Augustine campus, From Imperial College to University of the West Indies, UWI professor Bridget Brereton notes that Lord Milner held the position of secretary of the colonies in the immediate aftermath of World War I. In that post, Milner was tasked with assembling the West Indian Tropical Agricultural College Committee (WITACC) in London in August 1919 to plan the creation of the West Indian Agricultural College (WIAC). As chairman of the committee, Milner was very influential in shaping the college’s imperialist mandate to produce British experts versed in tropical products and conditions. Even after he resigned from the secretary position in 1921, he continued to exercise wide powers in the establishment of WIAC that year in St. Augustine. WIAC was renamed the Imperial College of Tropical Agriculture (ITCA) in 1924, and in 1960, it became the Faculty of Agriculture at UWI, St. Augustine, then called the University College of the West Indies (UCWI).