Since April 15th, members of the P’urhépecha indigenous community of Cherán, Michoacán have self-organized community defense committees to protect themselves from violence amidst Mexico’s drug war. On June 26th a small caravan set off from Cuernavaca, Morelos to bring food supplies to Cherán, to show support for the community, which is both suffering from and resisting the drug war model imposed by Mexican president Felipe Calderón soon after he took office in 2006.

Since April 15th, members of the P’urhépecha indigenous community of Cherán, Michoacán have self-organized community defense committees to protect themselves from violence amidst Mexico’s drug war. The community of some 20,000 people has faced kidnappings, murders, and threats from illegal loggers who are backed and protected by organized crime. Violence escalated in April after community members temporarily detained more than ten men attempting to illegally log in the Cherán neighborhood of El Calvario. The forests surrounding Cherán are considered to be the P’urhépecha community’s economic, cultural and ecological lifeline. The loggers responded with force.

The local, state, and federal governments have refused to step in to protect the community, or stop the violence, leading many to believe the authorities might be complicitly involved.

On June 26th a small caravan, organized by the “Caravan for Peace with Justice and Dignity,” set off from Cuernavaca, Morelos and passed through Mexico City to bring food supplies to Cherán. Organizers looked to show support and solidarity for the Cherán community, which is both suffering from and resisting the drug war model imposed by Mexican president Felipe Calderón soon after he took office in 2006. 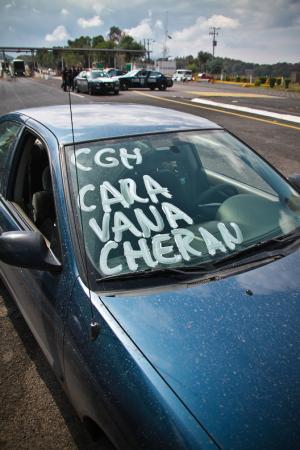 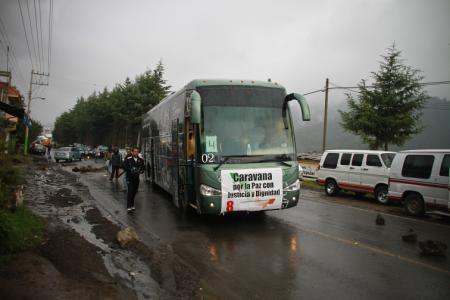 The Caravan for Peace with Justice and Dignity arrives to Cherán under heavy rain. Thick clouds conceal some of the surrounding hills that have suffered heavy logging. 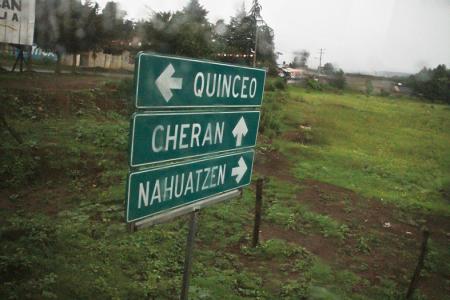 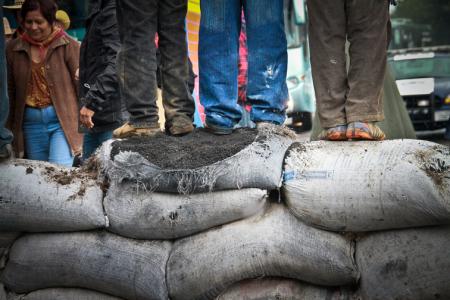 The community has erected barricades at its entrances and in some 180 locations throughout its four major neighborhoods. 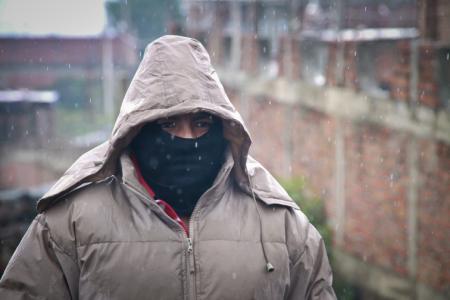 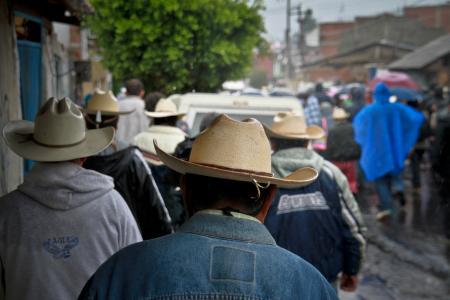 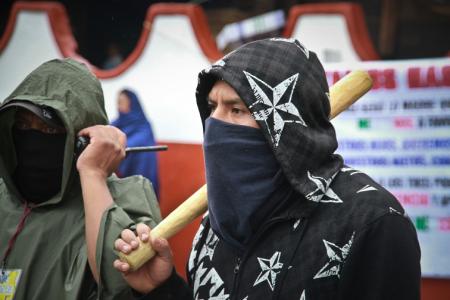 The community has organized self-defense committees against the violence and threats of the illegal loggers, who are reported to be backed by la Familia drug cartel. Many members of the community are armed with sticks, machetes, and other hand tools. 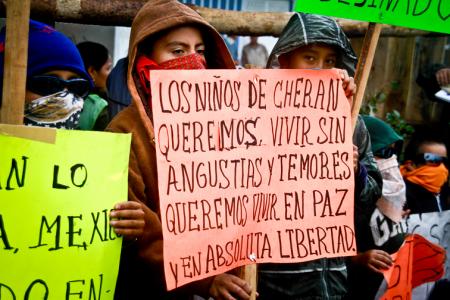 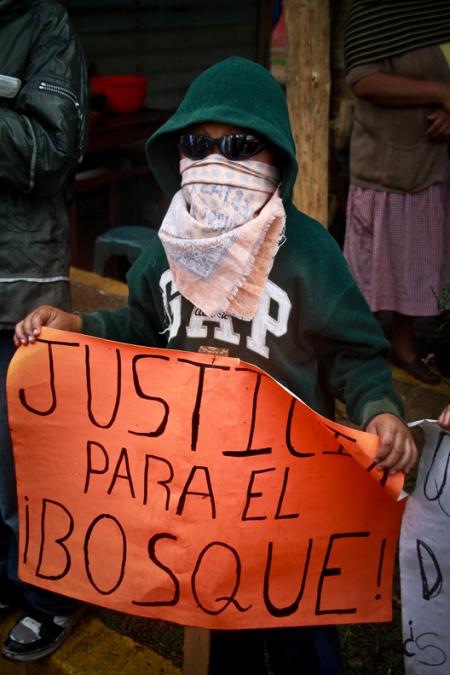 “Justice for the forest” 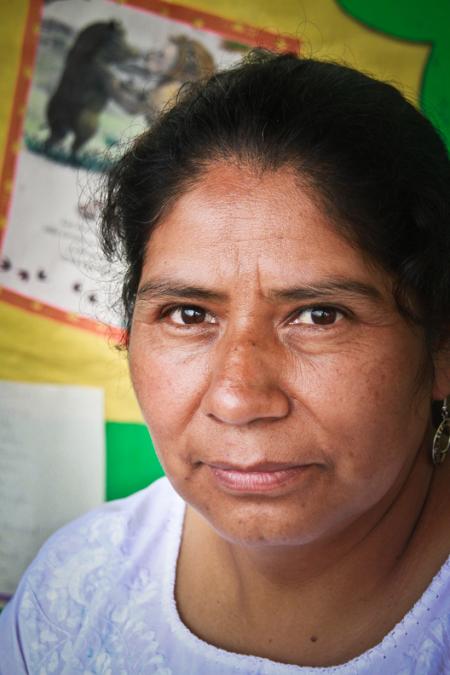 “We rose up because our children deserve to have a forest, to have something in their future. As I am older, I can say that we have had that opportunity, but they deserve it too. The forest is our sustenance, it is our life, it is what allows us campesinos and indigenous to progress.” -Teresa Asensio, Cherán, Michoacan. 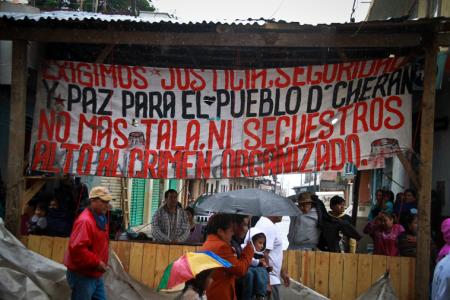 “We demand Justice, Security, and Peace for the town of Cherán. No more logging, nor kidnappings. An end to organized crime.” 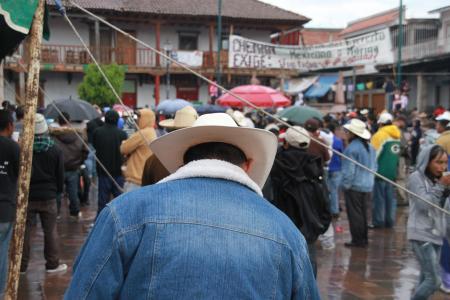 Cherán community members march alongside participants from the aid caravan to the Zocalo, or town center, to hold a rally. 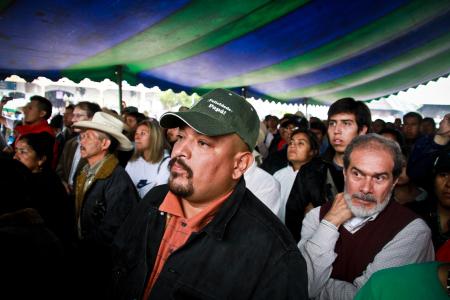 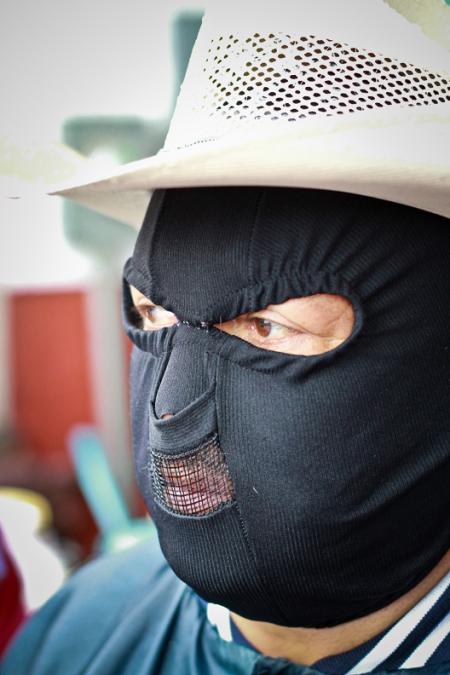 “There is excessive logging that is destroying our forests. Neighboring communities have been driving in 200 to 250 trucks a day . . . All of it was secret and organized crime is charging $700-$1000 peso fees from each truck . . . So the people rose up about two months ago. Every neighborhood organized and closed off all of the entrances to not allow outsiders in. We know the consequences that this may bring us, but as long as we are a community we will continue our uprising. This is because when we requested help from the state and federal government, they denied us.” -Member of community security, Cherán Michoacan 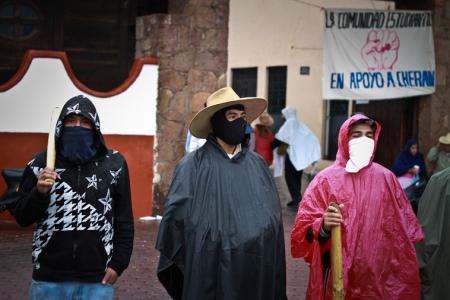 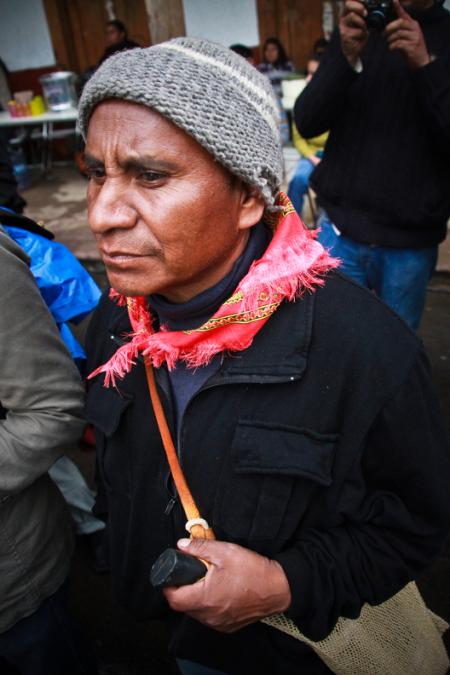 “We have the legitimate right to defend what pertains to us—our forests, water, land, and all of the natural resources that we have in our country. And the government, puppets, hand over our country to the highest bidders. But the country is not for sale, nor the land…”  -Ignacio del Valle, former political prisoner and member of the farmworker organization, People’s Front in Defense of the Land (FPDT), based in Atenco, Mexico. 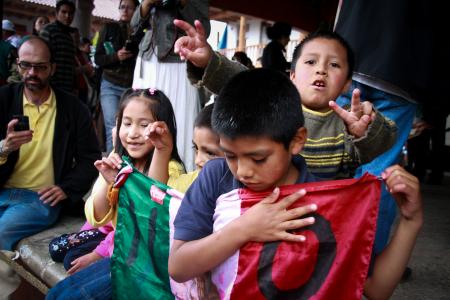 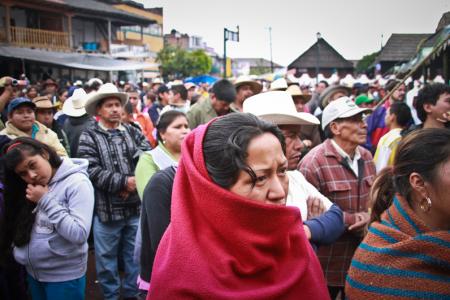 Roughly 10,000 indigenous P’urhépecha, nearly a third of the Cherán community, have migrated to the United States due to the increasing lack of economic opportunity; only heightened by the destruction of their forests. 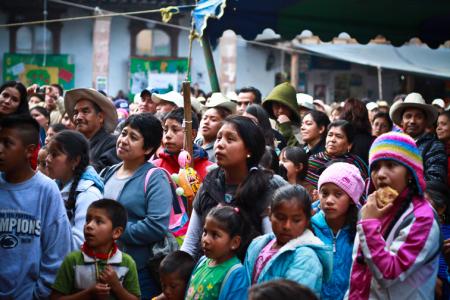 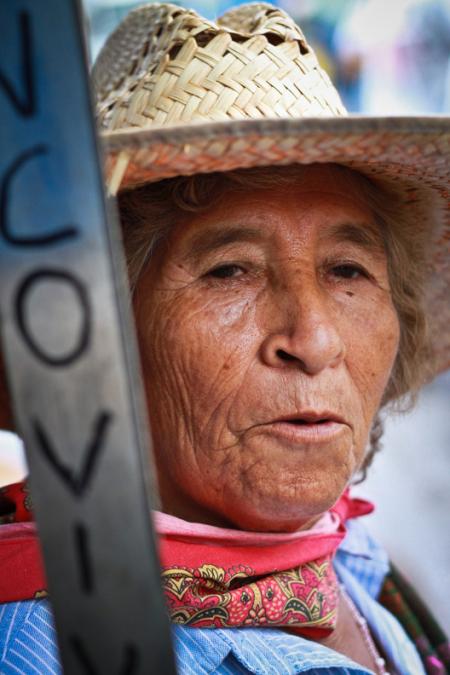 Alicia is a member of the FPDT, which was successful in stopping the construction of an international airport on farmland in Atenco and Texcoco Mexico in 2001. The community-based organization struggles for the rights of campesinos and for the land they work. 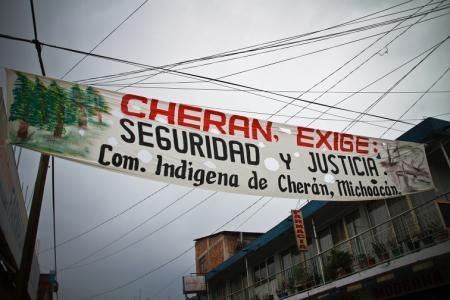 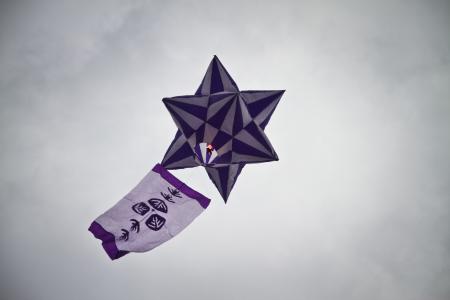 Many in Cherán express hope in the growing peace movement against Calderón’s drug war, which has resulted in over 40,000 dead in just over four years. 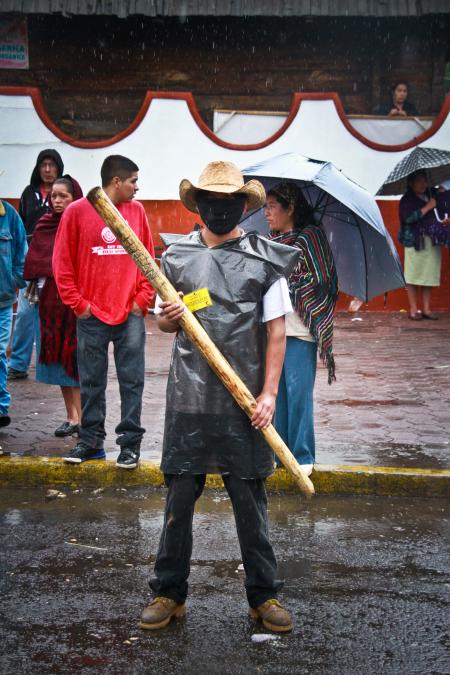 Spanish-language audio interviews with members of the community:

Community member who asked not to be identified.