The Line on the Map (Photo Essay)

The artificial line dividing the U.S. and Mexico is already tangible in the form of the border wall. 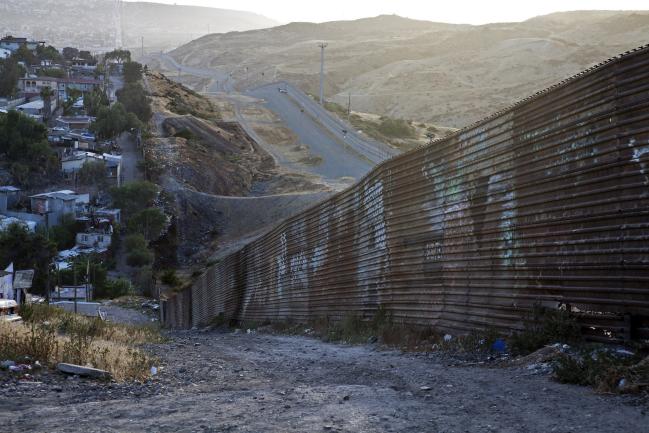 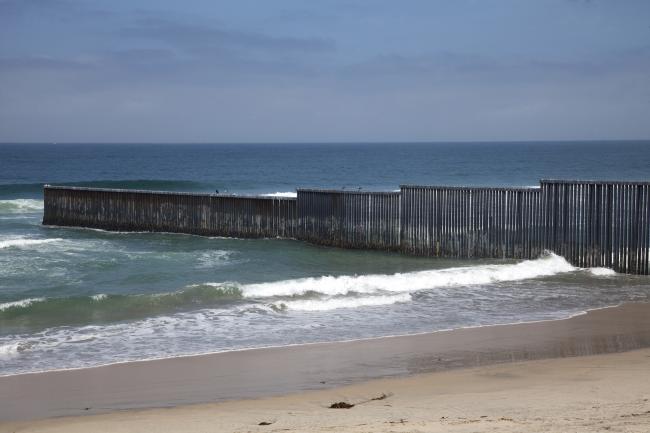 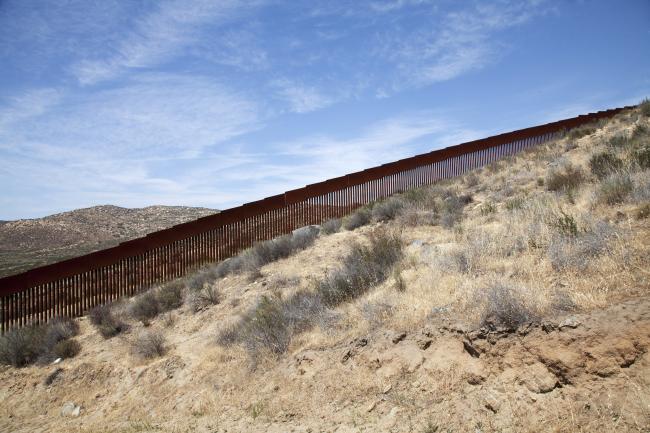 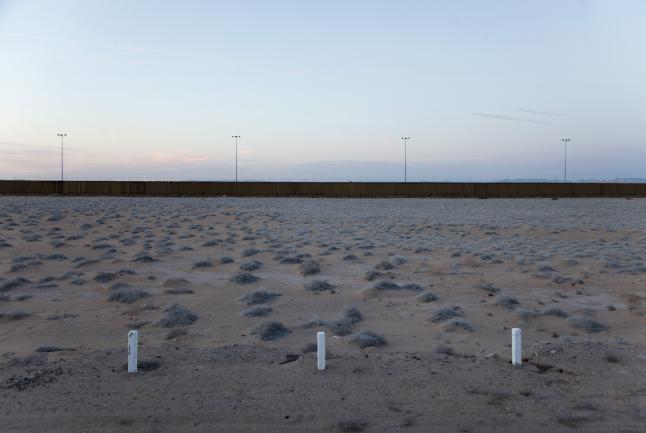 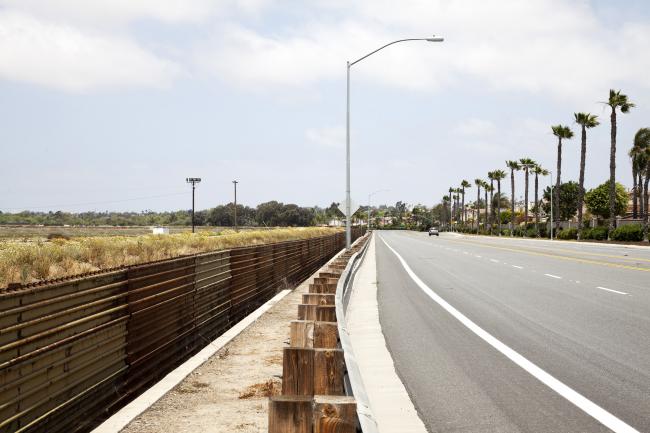 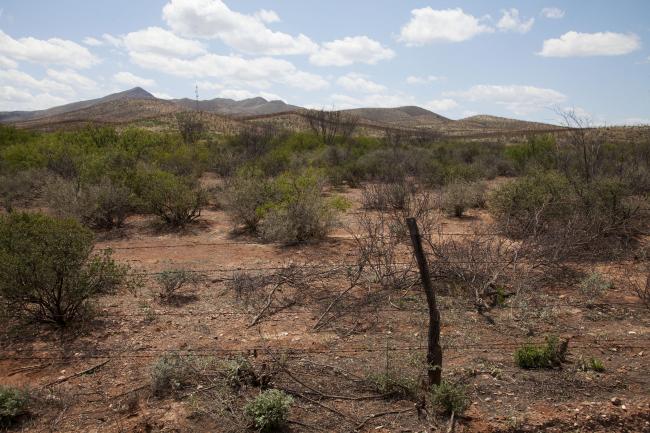 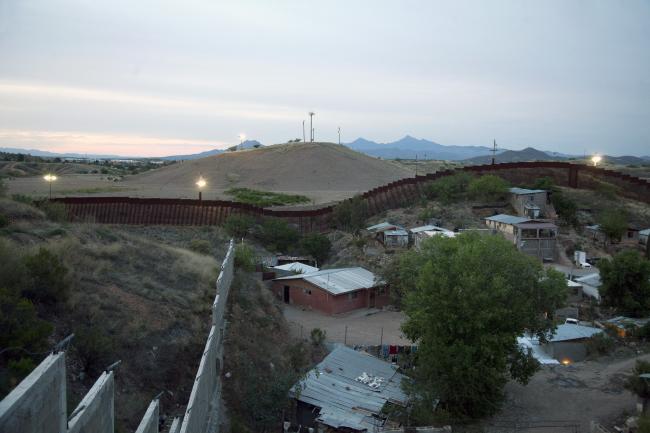 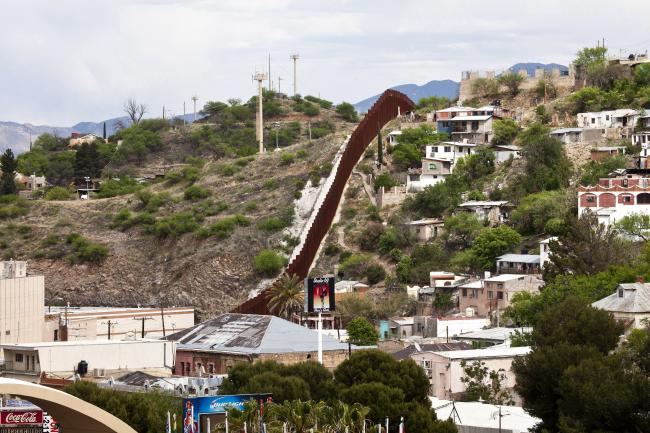 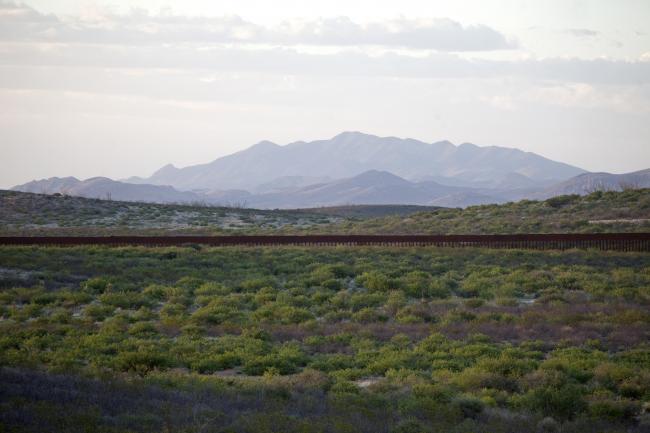 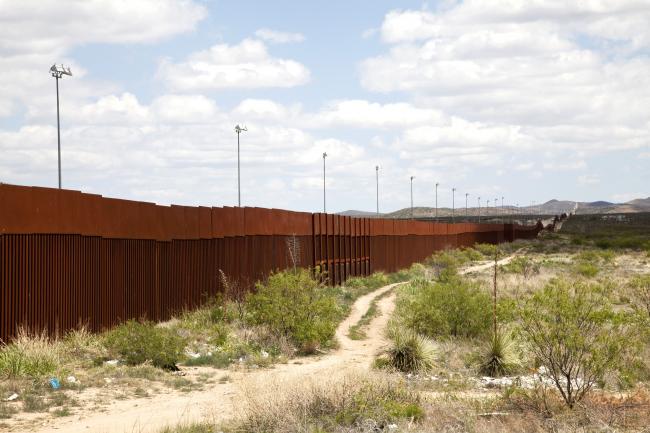 Donald Trump’s call to build a wall on the U.S.-Mexico border belies an inconvenient truth: in many areas of the border, this wall already exists.

This project shows several areas of the Mexico-United States border, bisected by the wall, which prevents the passage of people. This wall across the territory generates disturbing and contradictory images: in some places it forms a backyard for many homes, while in open landscapes resembles a strange mixture of modern Chinese wall, panoptic, and Land Art piece. Paradoxically, showing the wall without people emphasizes its coercive character and the huge imbalance between the power of the state and its relationship to the people.

When we look at a map, we can see the border lines that denote the limits between two countries. Obviously, these lines are mental constructions – not topographic but political, artificial. In the case of the U.S.-Mexico border, this imaginary line has become something tangible in the form of the border wall. The photographed fence is the line on the map, which is where the work’s title, “The Line on the Map,” comes from.

In this work and my "After Schengen" project, which profiles abandoned European migration checkpoints, my goal is to capture interesting and disturbing images that show the artificiality of the idea of border. I present these images without bias, so that viewers can make what they will of the contradictory themes or situations they represent. In the end, I find this more effective than sensationalism.

The Great Wall of China was built, thousands of years ago, as a defense from the invasions from foreign armies. But the U.S.-Mexico wall has been built as defense from the “invasions” from people seeking a better life – or seeking survival.

Ignacio Evangelista is a Spanish photographer based in Madrid. See his work here.