The internationally-renowned intellectual was arrested in late November, joining an ever-growing list of political prisoners detained by the Ortega regime. 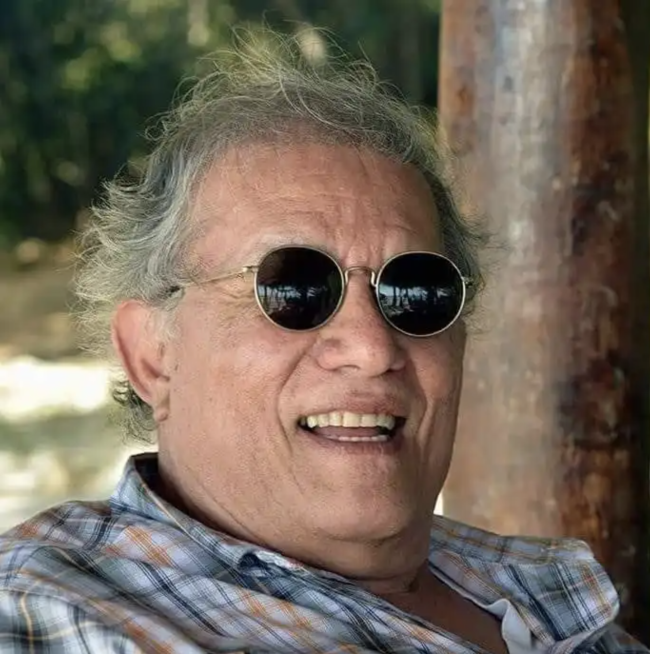 Three weeks after his arrest by the regime of President Daniel Ortega made international headlines, one of Nicaragua’s most renowned intellectuals, Oscar René Vargas, has been indicted by the government with “conspiracy to undermine national integrity” and other trumped-up charges. Vargas is the latest high-profile prisoner of conscience in Nicaragua. He is being held at the notorious El Chipote prison outside of Managua, where he joins some 200 other political prisoners.

The 77-year-old Vargas had been living in exile in Costa Rica since 2018, where he was forced to flee after the regime issued an arrest warrant because he had criticized the government's repression of mass protests that year. After learning that his sister had become seriously infirm, Vargas returned to Nicaragua on November 22. Within minutes of arriving at his sister’s house in the Bolonia neighborhood of Managua, several dozen police and state security agents raided the house, bursting in with machine guns and dragging him away. For the next 48 hours, the regime forcibly concealed Vargas until petitions by the family and the Center for Human Rights in Nicaragua (CENIDH), and international pressure forced the government to acknowledge his arrest.

Vargas, considered the dean of Nicaraguan sociology, is one of the most prominent and well-respected academic voices in the opposition. He is the author of 56 books and over 1,000 articles on Nicaragua, Latin America, and world affairs. Vargas began his political life in the 1960s, participating in the struggle against the Somoza dictatorship. In 1967 he hid Daniel Ortega from Somoza’s state security, thus saving his life. He participated throughout the 1970s in the struggle against the dictatorship, and from 1979-1990 he served as an advisor to the nine-member National Directorate, the highest decision-making body of the ruling Sandinista National Liberation Front (FSLN). Among his many international appointments, Vargas worked with UNICEF, the World Health Organization, the United Nations Development Program, and as advisor to the president of the United Nations General Assembly from 2008-2009.

From exile, Vargas had become an increasing thorn in the side of the Ortega regime for his perspicacious analyses of Nicaragua’s social, economic, and political crisis. In one of his most recent articles prior to his arrest, an analysis of the latest International Monetary Fund report on Nicaragua, Vargas warned that the regime is planning a new round of neoliberal austerity measures in the face of an imminent contraction of the economy, rising unemployment, a spike in food prices, and a new wave of out-migration. Since Ortega returned to office in 2007, Nicaragua has been a poster child for the IMF and other international financial institutions, which have praised the government for its neoliberal economic policies and helped keep the economy afloat through billions of dollars in loans—nearly one billion in 2020 alone.

Nicaraguan migration to the United States has skyrocketed since the mass repression of 2018 and the continued downward spiral of the economy, despite a recovery in 2021 from the Covid collapse of the prior year. Poverty rates dropped from 2007 to 2014 but subsequently climbed up again, reaching 45 percent of the population in 2019 and wiping out the earlier gains. Some 111,000 Nicaraguans have been detained so far in 2022 by the U.S. border patrol, compared with 50,722 in all of 2021 and just 3,164 in 2020. Remittances from immigrants abroad and a spike in foreign investment, principally U.S. corporate investment in the country’s abundant natural resources, have helped prevent a complete collapse of the economy and provide an economic lifeline for impoverished families. Remittances climbed from $1.5 billion in 2018 to $2.15 billion in 2021 and will reach nearly $3 billion this year, accounting for 70 percent of receiving households’ total income.

The violent repression of mass protests that broke out in April and May of 2018 against neoliberal austerity measures, corruption, and state violence marked the completion of the metamorphosis of Sandinismo into Orteguismo and the descent of the regime into outright dictatorship. Several hundred people were murdered under “shoot to kill” orders by the police and paramilitary forces operating with the support of the Nicaraguan army, as documented by Amnesty International, the United Nations, the Inter-American Human Rights Court, and the independent Nicaraguan organization CENIDH.

In the lead-up to the fraudulent 2021 elections, Ortega carried out a further wave of repression, arresting and detaining without trial dozens of opposition figures, among them presidential candidates, feminists, religious leaders, business people, journalists and environmentalists, and peasant, labor, and student leaders, and forcing several hundred others underground or into exile, where they joined over 130,000 other political exiles. But the repression has continued since the vote in what appears to be a strategy to purge civil society of any civic group that is independent from the ruling party and the state apparatus. The government has forced the closure of over 1,400 civil society organizations as of July 2022, including universities; student, artistic, and religious groups; feminist collectives; environmental and human rights organizations; and medical, scientific, educational, cultural and other professional associations. The closures have continued since July and sources now place the total number of organizations closed at over 3,000 through December.

Most of those arrested in the lead up to last year’s elections and in their aftermath have been sentenced for “treason” to long prison terms in secret trials held in the prisons themselves, with no attorneys or journalists allowed to be present. Throughout 2021 the government decreed a series of draconian national security laws that suspended habeas corpus and gave the government sweeping powers to detain and prosecute anyone who criticizes the regime under any circumstances. The laws define “treason” in such sweeping terms as to include, for example, anyone who “undermines independence, sovereignty and self-determination,” who “damages the supreme interests of the nation,” or who “undermines national integrity.” The laws also criminalized a wide range of online communications, including punishing with lengthy prison sentences any who “publishes” or “disseminates” whatever the government deems to be “false” or “distorted” information or “ideological falsehoods” that are “likely to spread anxiety, anguish or fear.”

These national security laws have been used to try the political prisoners. It is under these laws that government prosecutors charged Vargas on three such charges: “conspiracy to undermine national integrity,” “provocation to commit rebellion,” and “propagation of false news.” The prisoners of conscience have been held in the infamous El Chipote prison outside of Managua, many of them in solitary confinement since the time of their arrest, without medical attention, exercise, or adequate food, in near-dark and frigid temperatures, and—except for a few instances—without familial visits.

Vargas’s case is particularly urgent because of the fragile state of his health. He recently underwent heart surgery, had a pacemaker installed, and suffers from hypertension, diabetes, and glaucoma, requiring constant medical attention. Since his detention, he has rapidly lost weight and is frail. There is fear his life may be at risk because he is forced to sleep on cement without a mattress nor any blankets, exposing him to potential hypothermia.

International pressures are mounting for the release of Vargas and all prisoners of conscience.  The Latin American Studies Association issued a statement in early December condemning the arrest of Vargas and calling for his immediate release.  In an article he published the day before his return to Nicaragua, Vargas argued that the economic crisis, popular discontent, mounting defections among Ortega’s inner circle, and international pressure are undermining the regime’s ability to hold together its power base among the “nomenclature,” the army, police, and paramilitary forces.  The combination of these pressures may eventually push the regime into a situation in which “freeing them becomes a tradeoff necessary for it to stay in power.”