A historical and contemporary look at migrant incarceration and the detainees pushing for change inside and beyond the system. 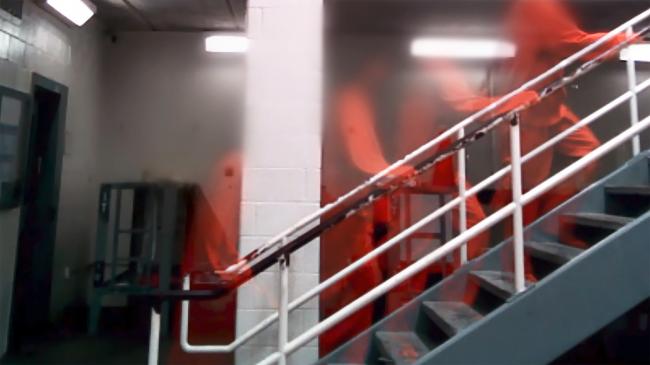 In mid-September 2020, Dawn Wooten, a nurse at the Irwin County Detention Center in Ocilla, Georgia, filed a whistleblower complaint alleging dangerous medical practices at the U.S. Immigration and Customs Enforcement (ICE) facility. According to The Intercept, which first broke the story, Irwin had “underreported Covid-19 cases, knowingly placed staff and detainees at risk of contracting the virus, neglected medical complaints, and refused to test symptomatic detainees, among other dangerous practices.”

Wooten also disclosed that immigrant women held at the facility underwent surgical procedures without having consented to or having been informed of them. Several detainees reported that they had their uteruses removed in this way.

These shocking revelations form part of investigative journalist Seth Freed Wessler’s gripping documentary, The Facility. The film starkly reveals the inhumanity and oppression at the center of the immigrant detention system. Two other recent works also investigate this topic, including historian Jessica Ordaz’s book, The Shadow of El Centro: A History of Migrant Incarceration and Solidarity; and “Cruel By Design: Voices Against Immigration Detention,” a new report just released by  the Immigrant Defense Project (IDP) and the Center for Constitutional Rights (CCR). Together, the three works demonstrate the ability of the detained to subvert mechanisms of control, to chip away at the walls and fences that surround them, while highlighting the need for abolitionist thinking and action.

Inside the Detention Centers

Wessler’s documentary, the production of which began in early 2020, premiered this past December. The short film provides an often-painful look at life inside two facilities, Irwin and, to a lesser extent, Stewart Detention Center in Lumpkin, Georgia.

The movie features two detainees, one of whom is Andrea Manrique. At 34 years of age when the filming begins, Manrique is an asylum-seeker from Colombia.  “A living hell” is how she describes her life in Irwin.

The Facility follows Manrique over several months as she meets with her immigration lawyer (by videolink) and is constantly frustrated by the lack of progress on her case.

“It’s like a prison sentence,” she says about her detention while wiping away tears at one such meeting. “Except I don’t know when I’m leaving. At least prisoners know when they’ll be leaving.”

Nilson Barahona, originally from Honduras, is the other detainee featured. Barahona has been living in the United States since 1999, and he is married to a U.S. citizen with whom he has a child.

Barahona calls his son as often as possible, but he fears that the separation is fraying their ties. He recounts how during a recent call his son said, “’Daddy, can we speak in English please?’” Barahona goes on to tearfully explain, “Speaking Spanish was our thing. It was a bond that we have. I just feel like I’m losing that bond.”

This film is composed largely of recordings of pay-per-minute video calls. These, as well as the words and images that the viewer hears and sees on a television screen mounted on a wall in the Irwin cellblock—and the very filming of the documentary itself—give the 26-minute documentary somewhat of a surreal feel. They also show how the detention center is far from isolated from the world outside. It is through a Spanish-language television news report, for example, that Irwin detainees learn about the first positive Covid case in the facility. These technologies of connection, along with the creativity of detainees, reveal the permeability of walls, literal and figurative, within and around the facility.

Such linkages are not limited to life at Irwin, as demonstrated by Jessica Ordaz’s illuminating book. In The Shadow of El Centro (Chapel Hill: University of North Carolina Press, 2021), Ordaz tells the story of the El Centro Immigration Detention Center over its 69 years of existence. In so doing, she insists that, although immigration detention is not officially framed as punishment—detainees, because they are held under civil law, are not classified as criminals and thus not subject to criminal penalties—it functions in a punitive fashion. While the very incarceration of migrants is an example of such, violence of various sorts permeates the detention system. And it always has, asserts Ordaz.

When it opened in 1945, El Centro Detention Camp (located in the small city of El Centro in southern California’s Imperial Valley) held only 100 men and was intended as temporary. When the much bigger El Centro Immigration Detention Center closed on September 30, 2014, it had 588 detainees and 428 employees.

The El Centro facility’s size at the time of its closure is indicative of how the immigration detention system has grown over several decades, especially over the last 25 years. This growth, assert the authors of “Cruel by Design” is the product of “a punitive, racist, and xenophobic political climate combined with massive government funding.” Today, the United States has the world’s largest immigration detention system, which holds up to fifty thousand people a day. On average, in 2020, the daily number of detainees was 33,724; in 1994, the figure was 6,785.

The IDP-CCR report situates the detention system within a broader system of migration control, while showing how immigration laws are designed to make it as easy as possible to detain and deport people. Through interviews with former detainees, including Barahona, and court documents from people fighting for release, it also highlights how the detention system thrives by employing tactics intended to break people’s spirits and to undermine their ability to fight deportation.

In addition to the human costs of the system, the monetary ones are high, according to the report. In fiscal year 2020 alone, the United States spent more than $3 billion on immigrant detention. The much larger budget for immigration and border policing as a whole totaled $23.2 billion in 2019. This amount exceeds the military budgets of Canada, Israel, Spain, and Turkey. And there’s no sign of change on the horizon: the Biden administration’s 2021 budget request calls for $2.8 billion for immigrant detention. This is more than three times the amount the Department of Homeland Security (of which ICE is part) spent on detention in 2005.

What the CCR-IDP report characterizes as “a sprawling network of facilities” is a hodgepodge of institutions. The ICE detention system includes “facilities that have contracts with private prison companies, county and city jails, and state prisons.” In the case of Irwin County Detention Center and Stewart Detention Center, they are both privately owned, for-profit facilities, the former owned and operated by Lasalle Corrections, the latter by CoreCivic (formerly known as Corrections Corporation of America).

A Legacy of Mistreatment

While private facilities may seem especially prone to abuse—not least because they have a financial incentive to deny resources to detainees—maltreatment seems to have long been the rule across facilities. In the 1940s, for example, forced labor was common at El Centro.

“From the start,” Ordaz reveals, “Mexican migrants were used in constructing and maintaining the El Centro Immigration Detention Camp.” At the same time, immigration authorities would farm out labor to private interests in exchanges for services. Ordaz gives the example of one contractor who “provided the Border Patrol with carpenters, bricklayers, and plasterers in exchange for the labor of unauthorized Mexican men who could dig ditches for the sewer and water lines and clean up his yard.”

In the 1970s, a Mexican journalist went undercover as a prisoner at El Centro. He reported insufficient food rations, a facility so crowded that some detainees were compelled to sleep on the floor, and a lack of medical care. Ordaz quotes U.S. Representative Edward Roybal, a Democrat representing Los Angeles, characterizing immigration centers in general “as fit only to house dog food.”

On May 27, 1985, 15 detainees, representing a diverse set of countries of birth, launched a hunger strike to protest the conditions that reigned within the facility. The action would grow to include a few hundred detainees. That detainees successfully worked across differences of nationality reflects the “shared experience of rightlessness within the carceral system that fostered solidarity among the detained men.”  The consciousness and organizing skills needed to carry out the protest manifests a “transnational migrant politics,” suggests Ordaz. It is one that “emerged from struggles that surpassed the detention center’s fences and took place beyond the nation’s borders.”

Such resistance is hardly unique to detainees in El Centro. On April 12, 2020, five women detainees at Irwin, Andrea Manrique among them, also protested. One of their boyfriends on the outside recorded the women as they spoke about the dangerous conditions in the facility and their fear that they would contract Covid-19. Spanish-language television soon broadcast the video, which was also distributed by social media and posted on Youtube.

In the video, the women express their fear of reprisals for publicly speaking out. And their fears were well-founded. According to the IDP-CCR report, reprisals— including physical abuse, transfers to other facilities, solitary confinement, and deportation—for protesting unjust conditions in U.S. detention facilities are common. As Manrique reported to Wessler while showing him bruises she incurred on her arm, she and the other women were violently dragged into punishment cells, where they were held for at least two weeks.

Around the same time of the video, men in the facility protested as well, demanding the release of vulnerable detainees and increased protections from the coronavirus. A number of them went on strike by refusing to work in the kitchen, laundry room, or the commissary. And five detainees, including Nilson Barahona, went on a hunger strike. Soon thereafter, ICE transferred Barahona to Stewart Detention Center.

Reflecting the arbitrary nature of detention, ICE released both Manrique and Barahona—without warning or explanation—on November 20, 2020, allowing them to rejoin their families. Both of the former detainees, the documentary shows, are now active in supporting those still locked behind the walls of the detention system.

Ultimately, The Facility, Ordaz’s book, and the IDP-CCR report all suggest that the business of immigrant detention has little if anything to do with protection against threats.

What explains the detention system for Jessica Ordaz is that it is a key component of “the continuity of anti migrant violence,” with violence “at the core of its essence.” As a result, she believes that the system is beyond reform and thus invites the reader “to imagine and work toward a world without cages.”

Similarly, for the authors of the IDP-CCR report, the “cruelty and harshness” of the detention system are a symptom of a larger disease, one at the heart of the border and immigration policing apparatus. It’s about “denying liberty, discouraging people from fighting to stay, deterring people from migrating and returning.” As such, “ending the immigration detention, deportation, and border policing regimes is the only way forward.”

As Andrea Manrique and Nilson Barahona—and countless others—demonstrate, the authors write, “people currently in detention, and those who have survived it, are already leading the way.”