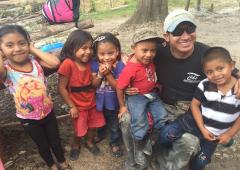 Zelaya's Return: Neither Reconciliation nor Democracy in Honduras
May 28, 2011
Adrienne Pine

Over the past few weeks U.S. Secretary of State Hillary Clinton and latter-day media "experts" have hailed Manuel Zelaya's return to Honduras and the pending reintegration of the country into the OAS as a restoration of democracy. Here in Honduras, it is clear that such claims could not be further from the truth. Honduras today is no closer to reconciliation than it was in the months following the June 28, 2009 military coup.

Ongoing U.S. efforts to secure Honduras's international recognition depend on a narrative that says that the country has achieved stability and reconciliation since president Porfirio Lobo took office in January. However, Honduras is anything but stable and reconciled, and opposing narratives carry the weight of the bloody evidence accumulated in the months since Lobo's inauguration. These tensions, and Honduras’s deep wound of conflict that persists, show much is at stake on this first anniversary of the military coup that ousted former president Manuel Zelaya on June 28, 2009.