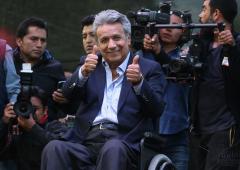 Obama’s State Department has become indistinguishable from that of the Bush era. Last week the State Department announced that it would expell Venezuela’s Consul General in Miami, Livia Acosta. No official reason was given, but it was clear that the move was in response to an uncredible Univision “documentary” and the response from right-wing Cubans in Miami.

Whatever one’s opinion of Venezuelan president Hugo Chávez, one thing is certain: The coup attempt against him on April 11, 2002, together with the tumultuous events leading up to it, were a pivotal moment in the country’s recent history. Unsurprisingly, in the context of deep political polarization in Venezuela at the time, accounts of how the coup took place often constitute partisan positions, as political opponents wage battles to define the truth of what happened.

The ten percentage point victory (55-45%) that President Chávez and his movement achieved on Sunday represents a very important victory for the effort to create socialism in Venezuela. However, Chávez and his supporters ought to recognize that this victory comes with a certain degree of risk because it increases the Bolivarian movement's dependency on its charismatic leader.