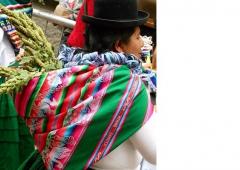 Do You Know Where Your Quinoa Comes From?
December 23, 2015
Nancy Romer

Quinoa production has a long history in the Andes. In the last decade, demand for the crop has skyrocketed, transforming the economy and ecology of the region. 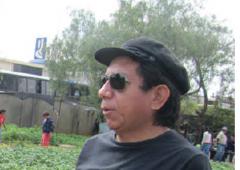 Community gardens serve as an organizing tool in Cochabamba

Casimira Rodríguez spent decades organizing her fellow domestic workers into a union, which she founded in 1985. When Bolivian Evo Morales was elected president of Bolivia, he tapped Rodríguez to become the nation's Justice Minister, a post she held for year. She spoke with Nancy Romer about her experience in government, the opposition to the government, the president's relationship with social movements, and even offered advice to U.S. workers.