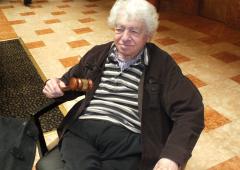 In February 2004, U.S. Marines whisked away then-President Jean-Bertrand Aristide from Haiti amid an armed rebellion led by disgruntled former soldiers and paramilitary actors. Despite the presence of a United Nations peacekeeping force, violence and poverty increased under the U.S.-backed interim government led by Interim Prime Minister Gérard Latortue, which courted the elite and its international backers while alienating Haiti’s overwhelming poor majority. The crisis hit a low point last December and January, with daily shootings in the poor neighborhood of Cité Soleil and an outbreak of kidnappings.