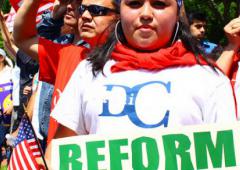 After Obama's mishandling of this Summer's influx of unaccompanied minors crossing the border, will Democrats win back the trust of Latino voters? 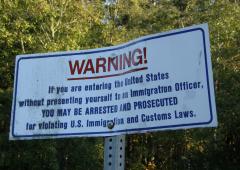 The Obama administration appears to be quietly relaxing a five-year Bush-era ban on Cuban cultural exchanges. New York City recently hosted its first Cuban band in five years, after the group Septeto Nacional became the first to win a visa that allowed it to accept a booking there.

The announcement in mid-July of the near completion of an agreement to allow the U.S. military to lease space at seven Colombian bases prompted nearly unanimous rejection from South American governments. Now, other South American nations have begun to arm themselves, fueling fears of an arms race in a region that has not suffered a major inter-state conflict since the end of the Chaco War in 1935.

Mapuche political leaders are taking the logic of land reform one step further and demanding regional autonomy for Wallmapu, as Mapudungun speakers call the Araucanía. In an appearance on the television talk show Tolerancia Cero, a spokesman for the Council of All Lands (Consejo de Todas las Tierras) Aucán Huilcamán, proposed the creation of an autonomous, self-governed area south of the Bío Bío river. Huilcamán cited the rights to political self-determination and regional autonomy granted by the 2007 UN Declaration on the Rights of Indigenous Peoples as the legal basis for the demand.

It was a moment that promised to define a new era in U.S.-Latin American relations: Obama greeted Hugo Chávez at the Summit of the Americas with a smile and a handshake, and Chávez responded with a gift and a heavily accented “I wanna be your friend.” But a nearly completed agreement to grant the U.S. military access to Colombian bases is rapidly undermining whatever diplomatic progress was made in that fleeting moment.

Obama recently met with Colombian President Álvaro Uribe at the White House, where they discussed the pending bilateral free trade agreement. Obama had opposed the deal during his campaign over concern for mass human rights abuses in Colombia, but he has now openly backed the agreement. But reports show that Colombia’s human rights crisis continues to escalate and that its scope and depth extend far beyond the already worrisome murder of trade unionists once condemned by Obama.