Last Friday, 18-year-old Joaquin Luna shot and killed himself in south Texas. Luna, an unauthorized immigrant who had lived in the United States since the age of six months, had become increasingly depressed about his life prospects given his immigration status and the defeat of the DREAM Act. His untimely passing highlights the complicated ways in which the systems of immigration enforcement and state exclusion produce deadly forms of violence.
Tweet
Joseph Nevins
Border Wars
11/30/2011

Last Friday Joaquin Luna put on a white shirt and black tie—the same ones he wore every Sunday at the church he attended. The eighteen-year-old high school senior then kissed family members, went into the bathroom of his mother’s house in south Texas, and shot and killed himself.

According to his family, Joaquin was suffering from emotional and psychological distress related to his unauthorized immigrant status. Since the age of six months, when his family crossed the U.S.-Mexico boundary and settled in Mission, Texas, just on the other side of the international divide from Reynosa, Joaquin had lived in the United States as an “illegal.” Given his unauthorized status, he had become increasingly anxious as his graduation approached, and his limited life prospects became apparent. 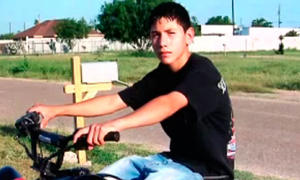 Before taking his life, Joaquin penned a note, which according to The Guardian of London reported “spoke of his desperation at what he felt to be the wall blocking out his future and preventing him from attaining his dreams. . . . A wall reserved for undocumented immigrants in America.”

His despair became especially apparent in the wake of the U.S. Senate’s failure to pass the DREAM Act. Had five Democratic senators who opposed the legislation voted differently, and had the Obama White House made the necessary efforts to bring about such a reversal, unauthorized residents who came to the United States as children, and complete a bachelor’s degree or two years in the military, would be eligible for a “path to citizenship.” The bill’s defeat in December 2010 has blocked such a path, at least for now.

Still, “DREAMers”—activist students who are unauthorized immigrants—continue to organize, often taking courageous actions in the process. These range from publicly “outing” themselves to engaging in civil disobedience in recalcitrant legislators' offices and presenting themselves as “illegals” to Immigration and Customs Enforcement (ICE) officials. Joaquin’s family says his suicide was motivated by his desire to further this struggle. It is one made increasingly necessary in a politically brutal climate marked by record-breaking numbers of deportations and detentions of non-citizens, and an ever-growing immigrant policing apparatus in the U.S.-Mexico borderlands and beyond.

What and who is responsible of any particular death is a complicated matter. As Angus Wright illustrates in his brilliant 1992 book, The Death of Ramón González: The Modern Agricultural Dilemma, one’s quality of life and timing of death in a world of profound and myriad forms of inequality is inextricably linked to processes and relationships tied to geography, history, and their attendant social injustices.

Racism, sexism, and imperialism—among other unjust systems predicated on domination and subjugation—lead to the premature death of countless disadvantaged individuals across the globe, while often causing profound psychological and emotional damage. So, too, does the “Juan Crow” system that denies “illegal” immigrants in the United States many basic rights and protections regardless if they arrived as children or how long they have been present in the country.

It is this system—and those that uphold it—that killed Joaquin Luna. May he rest in peace. 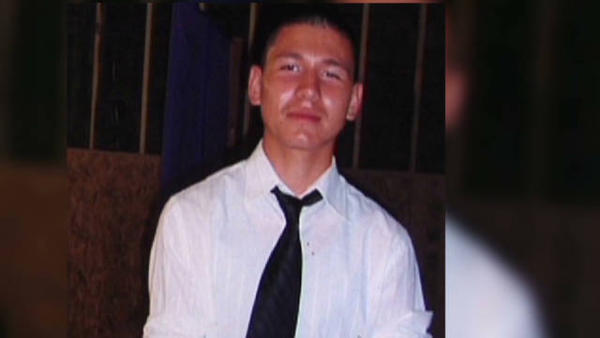