Read the editor's introduction to our latest issue of the NACLA Report, "Chavismo Revisited," focused on Venezuela in the 20 years since the April 2002 failed coup. 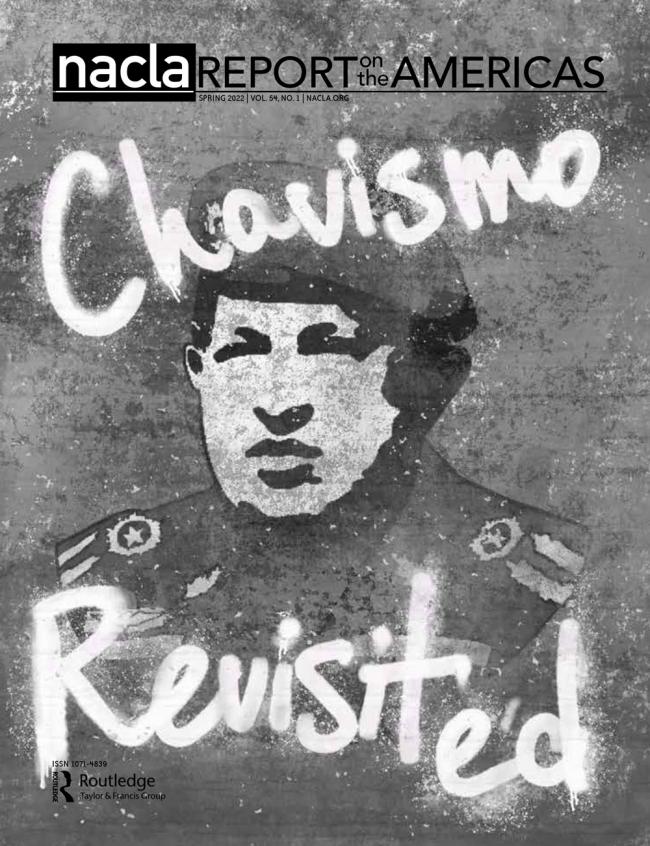 Some waves start with a ripple, some start with a bang. Twenty years ago, what would become Latin America’s Pink Tide exploded onto the world stage in a pair of extraordinary events.

In April 2002, opponents of Venezuela’s Hugo Chávez, elected in 1998 on a vague leftist platform to found the nation anew after over a decade of mounting crises, staged a coup and took power with the breathless backing of the U.S. government. Within 72 hours, the coup failed, the conspirators fled, and Chávez returned with a renewed impulse to transform Venezuela and the region. Six months later, Brazilians elected as president Workers’ Party founder Luiz Inácio Lula da Silva. The former union leader’s policies aimed at reducing inequality following a decade of neoliberal rule heralded a new era of leftist governance in Brazil. Other nations would soon follow.

This volume of the NACLA Report takes both moments—Venezuela’s April coup and Brazil’s October elections—as springboards to revisit what each meant, and wrought, for Venezuela, Brazil, the Americas, and the larger Left. Two decades on, each nation again stands at a crossroads. In Brazil, against the backdrop of Jair Bolsonaro’s reactionary rule, Lula seems poised to return to office. Meanwhile in Venezuela, Chavismo nominally remains in power under Chávez’s successor Nicolás Maduro. But it is as a full-fledged authoritarian government, having bested an insurrectionary opposition, weathered crippling U.S. sanctions, and undergone a staggering humanitarian crisis while sacrificing much of the promise that Chavismo once represented for millions. How did we get here?

While Brazil will be the focus of our summer issue, here we tackle this question for Venezuela. It is in many ways an impossible task. The passions flared by the mere mention of Venezuela in political and even academic discussions often make efforts at debate or engagement moot from the outset. We wade into that terrain knowingly, aiming not to provide a definitive or univocal account of Chavismo, but rather to offer a range of interpretations that speak both to its promise and its pitfalls. The voices herein represent a wide spectrum of views, most of them Venezuelans, all of them longtime activists, analysts, and first-hand participants in the movements that have defined Chavismo since it first came to office.

In an anchoring essay, I offer an account that stresses contingency and contradiction over telos and consistency as key framings to make sense of what Chavismo was and what it has become. Interviews with Venezuelan activists and researchers exploring the evolution of Chavismo’s social missions, the opposition’s quest for power, leftist youth movements, extractivist policy, women’s and LGBTQI struggles, mass migration, and more provide on-the-ground perspectives on the country’s past, present, and possible futures. A series of reflections assess the coup’s lingering effects for media framings, leftist solidarity, and prospects for breaking the country’s political impasse.

Taken together, this issue offers a resource for readers seeking to dive deep into the contradictions of Venezuela’s Bolivarian Revolution in its full dimensions. It makes for often bleak reading, as befits a movement and a time that raised so many expectations of sweeping transformation, elicited such fierce resistance, and ultimately succumbed to massive pressures, both external and of its own making.

Alejandro Velasco teaches Latin American history at New York University. He is the author of Barrio Rising: Urban Popular Politics and the Making of Modern Venezuela and was executive editor of NACLA from 2015 through 2021.