In the face of a fraught conflict with missteps and misinformation on both sides, empirically informed analysis offers one tool to cut through the noise. 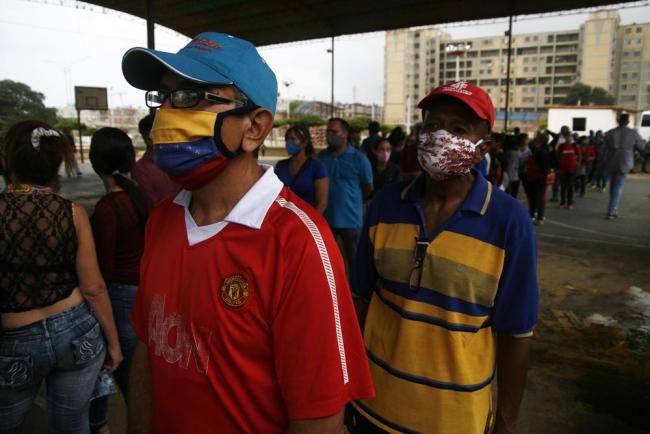 All conflicts are information conflicts, but the Venezuela conflict more so than most. I first came to this realization on April 13, 2002. That Saturday, as we often did, my wife and I took our toddlers to the public library in Athens, Georgia for a children’s activity and to let them browse and play in the kid’s section.

We had been following the developing unrest in Caracas that morning, and I ended up alternating between reading popup books to my daughters, playing with puppets, and checking the evolving news on the library’s computers. At that point, Venezuela’s principal news outlets were coordinated in a media blackout to try to keep a lid on the situation. But the censorship was incomplete. It was on the web page of Caracas’s Unión Radio, that I read that Attorney General Isaías Rodríguez’s had called the events a coup. Bits and pieces also flowed through CadenaGlobal.com, a digital media outlet. Family and friends in Venezuela listened to Radio Fe y Alegría, the Jesuit-associated radio network closely connected to Venezuela’s popular sectors, for information about the unrest. CNN en Español also covered the unrest not aired on most Venezuelan media.

This was before social media, so we talked directly with friends and family in Venezuela, receiving information by email and telephone. Still, it was difficult to know what to do. We called the Organization of American States to urge them not to recognize the interim government—or if they did, to demand immediate elections.

The previous day, I had had a sense of lament but not surprise over Chávez’s reported resignation in the early morning hours. Chávez had turned increasingly authoritarian in my view, and the video evidence of government supporters firing shots at opposition protesters seemed believable. The military demanding Chávez’s resignation seemed like a logical step. I was sorry a movement that had generated so much enthusiasm had recurred to violence.

However, my wife, who is Venezuelan, was completely unconvinced, and messages we got from Venezuela raised important issues. Where was the evidence that Chávez had resigned? Why was businessman Pedro Carmona declared president? I also had a sense of unease that something didn’t fit with the leading narrative. The firing on people in the street near Esquina la Pedrera supposedly happened from the Puente Llaguno overpass. Having spent extensive time in the areas in the course of ethnographic projects from 1995-1999, the distances and angles did not seem to add up. Indeed, Ángel Palacio’s 2004 documentary Puente Llaguno would later systematically debunk the dominant version of events, showing that the gunmen on the Puente Llaguno were firing on armored police vehicles firing at them, after the protesters had been shot. 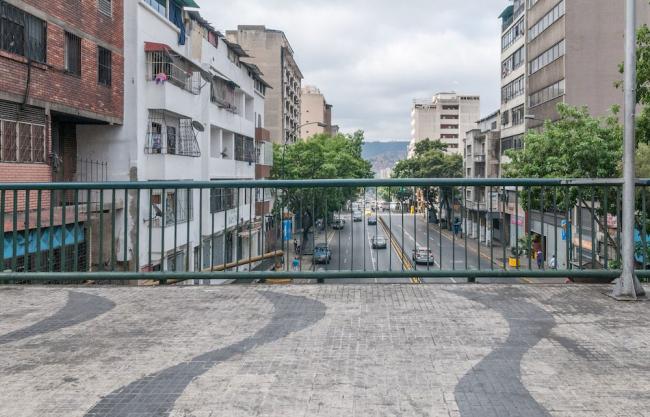 On April 13, it became clear that what was happening was a coup and cover-up. I was elated to see Chávez restored to power, despite not supporting his policies, because I thought it was a great affirmation of popular mobilization against an anachronistic conspiracy led by an out-of-touch political opposition.

Up to that time, I was an ethnographer of popular movements only partially interested in national politics. My dissertation project was on evangelical conversion in the barrios of Caracas. A second project with Margarita López Maya and Keta Stephany looked at the cultural elements of street protest. Both projects focused on narratives and discourses that gave marginalized sectors agency. But it was April 11, 2002 that first spurred me to look at discourses and representations among the powerful. These events made me turn my ethnographic commitment to analysis of concrete actions in space and time, towards looking at how the powerful can use abstract narratives and misinformation to preserve or advance their position.

This originally took the form of scholarly research, and later blogging. In both formats, I have sought to break through polarization with empirical engagement and independent analysis. Of course, analysis always comes from a perspective. But that perspective can be based on normative commitments that cut across polarized, partisan lines.

The events of April 11, 2002, as well as the 2002-2003 general strike and battle over the 2004 recall referendum that sought to unseat Chávez, taught the government the power of media. Unfortunately, it responded to the bias of existing media by creating an even more biased media complex, pouring resources into state-owned Channel 8 Venezolana de Televisión and other government outlets. During Chávez’s second term, this actually created a diverse media field with opposition and government media vying for audiences with a mosaic of tendentious coverage, each side presenting itself as heroic and stigmatizing its imagined or real others. Of course, some small lights of quality journalism always poked through.

That balance would diminish, however, by the time Nicolás Maduro became president in 2013. By then, Chavismo clearly was developing a media hegemony after having closed opposition media outlets such as RCTV and neutralizing others such as Globovisión, El Universal, and Últimas Noticias through harassment and buyouts by government-aligned investors.

As a sociologist working with what I have called elsewhere “full conflict theory,” I don’t think media conspiracies and distortions are the exclusive domain of capitalists and imperialists. Whether their privilege comes from the private or public sector, people with power and/or money will always seek to ensure their self-preservation by stilting information to their benefit—some more ruthlessly, and some more successfully than others. Of course, 20th century socialists had a distinguished trajectory of conspiracies, propaganda, and disinformation; and 21st century socialism has shown no difference on this count.

Chavismo has continuously used its media complex to misrepresent its own actions and harass its opposition and competitors. From the stigmatization of government opponents on state television, to the nonstop messaging that Chávez had beat cancer in 2012, to Maduro’s endless conspiracy theories about coup attempts and other plots, Chavismo has weaponized media in the service of power. The domestic and international opposition likewise uses disinformation, from claims of Hezbollah camps in Venezuela’s interior to tortured analyses showing oil sanctions somehow pressure the Maduro government without harming the population. Currently, in a none-too-subtle attempt to keep Juan Guaidó’s “interim government” viable vis-à-vis the international powers it depends on, his proxies proffer representations of a criminal state not amenable to normal political incentives.

As a medium-sized, developing country with outsized natural resources and an undersized civil society, Venezuela’s political players have large incentives to tailor media representations for domestic constituencies and powerful allies abroad. Put differently, Venezuelan politicians have traditionally not had to pay close attention to the collage of organizations and associations that represent people in most democracies. Instead, they use media as their primary connection to the population and allies abroad. Chavismo started as an experiment in participatory democracy. But within a few years participatory organizations became largely dependent and controlled and coordinated through traditional and social media.

For Chavismo, April 11, 2002 is a symbolic crucible in which a fundamental distrust and disdain for a treacherous other was forged. It is celebrated every year and amounts to a root image for Chavismo’s self-definition: a people’s government heroically defeating the conspiracies of local elites in cahoots with their imperialist masters. The rounding up of Chavez officials on April 12-13 is held up as what would happen if the opposition were to take power. And the triumphant return of Chávez is portrayed as a victory of a people who will not be denied.

But April 11 is rarely mentioned in opposition circles, and even less in Washington, as it calls into question the opposition’s self-image as democratic freedom-fighters who aim for a pluralist society. Mentioning April 11 in such company produces knowing eye rolls, a response that unfortunately prevents an understanding of the perspectives of not just the small minority that still supports the Maduro government, but also the majority of Venezuelans who still approve of Chávez.

Of course, Chavismo also actively forgets the more sordid moments of its past: its violent repression of protest in 2014 and 2017, documented by the United Nations Fact-Finding Mission (FFM); its Kafkaesque obstruction of the 2016 recall referendum process; and its unconstitutional call for the election of a National Constituent Assembly in 2017. In contrast, it shamefully trumpets police massacres in popular sectors in the name of fighting crime—also documented by the UN FFM and under examination in the International Criminal Court. In addition to taking innocent lives, these militarized police operations cruelly take advantage of classist and racist misunderstandings of crime and violence.

My response to this dynamic has been to aim for concrete, empirically informed analysis that is not neutral or value free. Rather, it is guided by commitments to human rights and social justice and is based on representing Venezuelans as human beings with all the vices and virtues that characterize people everywhere. Cutting across the political options dominating Venezuela, such analysis seeks to complicate partisan portraits and narratives and thereby oblige political players to more adequately address people’s needs and respect their rights and well-being.

David Smilde is the Charles A. and Leo M. Favrot Professor of Human Relations at Tulane University and a senior fellow at the Washington Office on Latin America specializing in Venezuela.