Anger over police abuses boiled over after officers killed Javier Ordóñez in Bogotá on September 9.

Kilo: Life and Death Inside the Secret World of the Cocaine Cartels (Review)

Extensive territory, water resources, and port access have made the southeastern state of Yucatán a major player in Mexico's pork industry.

Mexican protesters share the story of illegal detentions in the aftermath of a police killing.

A study by the Center for In Situ Policy Research details the health, economic, and social impacts of Covid-19 among Latin American immigrants in New York.

U.S. Archeologist Seeks to Privatize Maya Historic Sites in the Name of Conservation

Puerto Rico and the Perpetual State of Emergency

Successive administrations in Puerto Rico have relied on the state of emergency and executive orders, eroding democracy and exacerbating structural inequality.

As the pandemic devastates the country, presidential priorities include a train circuit, pipeline infrastructure, and a refinery.

Increasing community control and ownership of crops like cassava can ensure economic and social welfare.

From Mexico to Chile, the pandemic has not stopped social movements from demanding justice for human rights abuses. 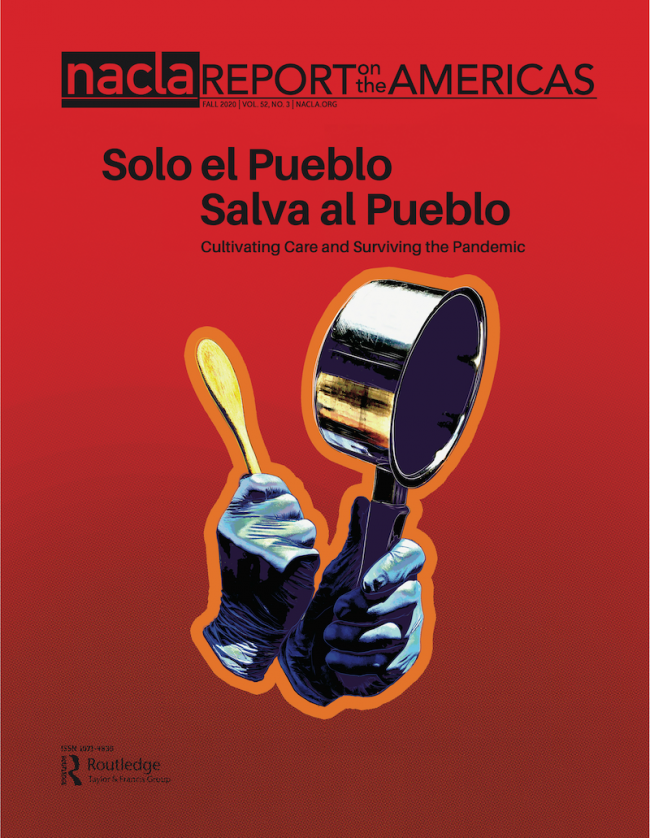 MEXICO CITY, Jan 10 (IPS) – The Zapatista guerrillas and their supporters in the southern Mexican state of Chiapas are experiencing the worst onslaught by state forces in the last 10 years, although most people are unaware of the fact, according to reports from a research centre working in the area.

Protests against the Federal Bureau of Investigations (FBI) for subpoenas granted to activists in a grand jury trial investigating the Boricua Popular Army–Macheteros will be held in New York, Pennsylvania, Florida, Ohio, Illinois, and California, as well as Puerto Rico.

Groups and individuals from diverse sectors of the Puerto Rican pro-independence movement and the Boricua Community in general, are urgently meeting in Puerto Rico and throughout the Diaspora to organize against the latest offensive by the U.S. Department of Justice, after being informed that several young Boricua pro-independence activists from New York City have been subpoenaed to appear before a Federal Grand jury investigating the Puerto Rican Independence Movement in general, and in particular, the Ejercito Popular Boricua (EPB: Popular Boricua Army), the Macheteros.

"Let's go unblock the road, compañeros!" a man in an old baseball cap yells as he joins a group of people hauling rocks and tires from a central intersection in Cochabamba. This group of students and union activists are mobilizing against a civic strike led by middle class foot soldiers of the Bolivian right. These actions in the street are part of a political roller coaster that is dramatically changing Bolivia as it enters the new year.

In Honduras, campesinos are working with grassroots solidarity organizations to take the media into their own hands. Radio Realidad is one of a growing number of small FM stations that are popping up throughout Latin America to address communities' needs for information.

Yet another voice is weighing in on the fate of la frontera these days—but it’s a poet, not a pundit. In her latest novel, The Guardians, the multi-genre writer Ana Castillo takes a look at life on the U.S.-Mexico border with sensitivity and imagination—qualities often sorely lacking in the immigration debate today. Told through the eyes of several characters, The Guardians explores the politics of the border with irony, lyricism and desert-spare clarity.

When the ultras come out, immigrants stay home. This is the unspoken rule in the streets of Spain and a direct symptom of the spike in racial violence in this country since 2006. In local slang, “ultras” refers to ultra-right-wing and racist groups or individuals that have recently attacked immigrants in Spain. The Spanish government is left wondering whether it has a xenophobic "offensive" on its hands.

For many young Puerto Ricans, reggaeton is today what salsa used to be years ago: a “national” soundtrack and the culture’s international musical representative. Yet the genre was initially condemned in the mainstream and subject to hearings in the Puerto Rican senate. What accounts for this shift? In a nutshell: commercial success, achieved in the most unexpected of ways.

George W. Bush inadvertently created a public maelstrom in January 2004, when he proposed a new temporary worker program and a road to citizenship for millions of unauthorized immigrants. By 2006, immigration had become the major issue on the nation’s political agenda. The last time this happened was in 1994, when California voters passed Proposition 187, which would have denied unauthorized immigrants many public benefits and required state employees (including health care workers and school teachers) to point authorities to “apparently illegal aliens.”