Integration with the United States or Latin American Independence? 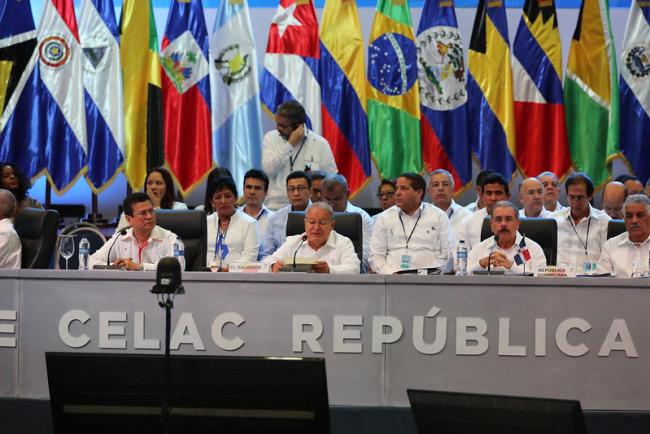 In the context of the struggle for global ascendency between the United States and China, the situation in Latin America has become contradictory. There is a new round of electoral victories by progressive groups—Mexico, Argentina, Bolivia, Peru, Honduras, and Chile—and at the same time, U.S. foreign policy is reviving the Monroe doctrine and that of "America for the Americans." On January 31, the governments of Mexico and the United States signed the Bicentennial Framework that, although belatedly replacing Plan Merida, implies an unprecedented intensification of planning, organization and decision-making in matters of security in Mexican territory by the United States. While Foreign Minister Marcelo Ebrard celebrated the agreement, Mexico is feeling intense U.S. pressure to withdraw presidential initiatives for a constitutional reform of the electrical power system and the eventual nationalization of lithium. In short, the silent and subordinate integration of the Mexican economy and security to the United States is advancing, under the guise of North American prosperity, but there is some resistance on the part of the Mexican government, and an important defense of strategic sectors such as energy. Given this situation, it is of enormous importance to understand Mexico's foreign policy and specifically its proposals to the Community of Latin American and Caribbean States (CELAC).

At the latest meeting of the CELAC in September 2021, Mexico’s president, Andres Manuel Lopez Obrador (AMLO), delivered a strong declaration promising to change global geopolitics; it merits serious reflection from concerned citizens in the Global North. His discourse stirred strong sympathies as he condemned United States interventionism, harassment and blockade of Cuba, the attempted overthrow of the elected government of Venezuela, and opposition to Argentine claims to the Malvinas Islands. He also defended dialogue then taking place in Mexico to resolve the Venezuelan political crisis.

In the context of deep economic, political, and social divisions in the region, he carefully questioned the interventionist role of the Organization of American States (OAS) and the increasing belligerence of the United States in the region. He expressed concern for the OAS’ direct responsibility for the coup d’état in Bolivia in 2019, and proposed strengthening CELAC. Founded in 2011 with the Declaration of Caracas, CELAC promotes common positions and regional strategies across the region, bringing together all countries in the Americas except Canada and the United States, and offering an alternative to the OAS.

In his inaugural speech of the September CELAC meeting at the elegant Castillo de Chapultepec, AMLO called for a rethinking of the relationship between Latin America and the United States, positioning himself as a fundamental mediator between the two.

He proposed replacing the OAS with a strong regional body to confront the challenges from the North and the particular problems of each member. The need for a forum to promote Latin American independence was broadly accepted by most of the attending dignitaries. He referred to Simon Bolivar’s dream for regional unity and insisted on the need for "an organization that is not anyone's lackey." He blamed the Monroe Doctrine for disrupting Bolivar's dream and recalled that the policy of America for the Americans "implied constant occupations, landings, annexations and it cost us the loss of half of our territory, with the great blow of 1848."

Mexico's prominence in the region is clear. Mexico sent two ships from Veracruz to Cuba, symbolically recreating the 1956 voyage of the Granma, transporting supplies such as syringes, oxygen tanks, masks, powdered milk, beans, wheat flour, tuna fish, edible oil, and diesel. Mexico sent 150,000 doses of the Covid-19 vaccine to Guatemala. In response to actions by the OAS and the Lima Group to overthrow the elected government of Venezuela, Mexico hosted talks for a rapprochement between the government and the opposition of that country. Earlier, Mexico offered refuge to the Bolivian leadership, after the OAS sparked a coup.

Ultimately, the September summit, following AMLO’s lead, declared Latin America a region of peace, reintegrating Cuba into the Latin American system, de facto displacing the OAS, and increasing the region’s prominence in the global economy; the region would cease to be a pawn following the geopolitical leadership of the United States. AMLO went further, denouncing countries that use their power to subdue others, encouraging the Latin American countries to work together to create a more just and equal world, "modernity, but forged from below and for all."

Is it reasonable to integrate such unequal societies?

At the same time that AMLO emerged as the “Great Regional Unifier,” he opened another vein that left many very concerned: he suggested deepening Mexico's economic integration with the United States and intensifying the formation of binational production chains. The president noted that “the U.S. military industry depends on the auto parts produced in Mexico. I do not say this with pride but as an example of interdependence." He noted that although we must accept the reality that proximity with the United States demands “coexistence,” the free-trade agreements (NAFTA and USMCA or TMEC) turned Mexico into an immense maquiladora (off-shore assembly plant), reducing the country’s sovereignty.

His proposal does not consider the serious structural distortions occasioned by NAFTA. These include the weakening of the social fabric and economy of the Mexican countryside and the eruption of a powerful agroindustrial complex that controls substantial parts of the nation’s water resources, occasions serious environmental damage, and employs large contingents of workers in sub-standard conditions. It has also transformed the industrial sector from a supplier of basic goods for the domestic market into an off-shore assembly industry offering poor working conditions, causing urban blight, and provoking environmental degradation.

Unfortunately, his proposal went even further. He called for Latin America’s further integration into the U.S. economy, supporting the superpower in its trade conflict with China. He suggested assuming the Pan-Americanism of the Alliance for Progress, while ignoring Nelson Rockefeller’s opposition to the expropriation of the petroleum industry in 1937 and a quarter-century of opposing the “advance of communism” in the region, supporting the activities of the U.S. military’s Southern Command. AMLO mentioned to the Latin American leaders that “I told President Biden…it is in our interest for the United States to be strong economically and not just militarily."

The president continued, expressing a willingness to consider an eventual economic integration of Latin America with the United States that "could be similar to the European Union." In this regard, we cannot forget that at the beginning of the 21st century, the Bush administration promoted the Latin American Free Trade Area, in order to guarantee investment rules aimed at subordinating the region, as part of the United States’ geoeconomic competition with the European Union. The project would have subsumed the region to U.S. capital, but was blocked by a series of popular governments that, in response, promoted the independence and integration of Latin America and led to the creation of CELAC. In the president's speech, the independence and autonomy of Latin America—priorities in the Caracas and Havana Declarations—would be replaced by integration into the U.S. economy.

The summit produced contradictory results: on the one hand, it established Mexico’s leading role in the region as part of the new global order; on the other hand, it seems to open up an eventual—and very dangerous—integration of Latin America with the United States and Canada, reinforcing its dependency. It is ironic that the very capacity that Mexico is employing to reactivate regional unity might be used to strengthen the zones of intensive capital accumulation and regional subordination.

CELAC’s historical roots lie in an effort to stimulate Latin American independence, integration, and autonomy. This requires an unraveling of the ties of subordination and dependency being created by today’s model of primitive accumulation. In its place, a new model of an ecological economy—that puts the quality of life at its center—is needed at every scale: local, national, and regional.

Here in Mexico, as in most of Latin America, we are confronting enormous challenges. What is the appropriate development model? How can we provide adequate public health services? What is the best way to prepare our youngsters for the future? Can we reduce our demand for energy and produce it cleanly? How do we reverse the influence of the consumer-driven model of global capitalism? Can we continue to protect the invaluable natural heritage that many rural communities are so courageously struggling to do? Is extractivism in all its forms (mining, monocultural agriculture, intensive animal raising, aquifer drainage, etc.) a necessary ill for national progress?

The challenges are endless, but the models offered by thousands of communities throughout the Americas are evidence that, as the Zapatistas insist, it is possible “to construct a world in which many other worlds are possible.” The agreements on free trade (TLCAN and TMEC) and bilateral security (Plan Mérida y Bicentennial Agreement) have stimulated greater dependence, vulnerability, and militarization in Mexico. In this historical moment, Latin America is enjoying a new turn towards progressive governments. It is a moment in which CELAC´s original values and objectives—independence, integration, and regional autonomy–could be strengthened. A moment for the construction of Abya Yala, an Indigenous term used by millions in the Americas to refer to their territories—a deep Latin America based on a model of endogenous, multicultural, and sustainable development.

David Barkin is Distinguished Professor at the Universidad Autónoma Metropolitana in Mexico City. He applies the methodology of Radical Ecological Economics in collaboration with peasant and indigenous communities involved in building post-capitalist societies.

Alberto Betancourt is Professor of History in the Universidad Nacional Autónoma de México. His work in contemporary history is conducted “from below” in collaboration with grassroots groups throughout the Americas.