Extensive territory, water resources, and port access have made the southeastern state of Yucatán a major player in Mexico's pork industry. 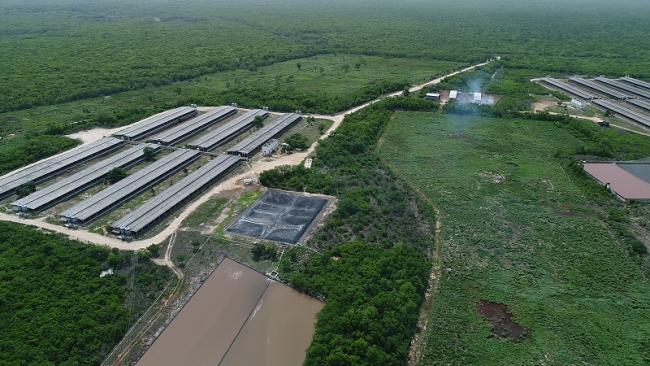 The North American Free Trade Agreement (NAFTA), which governed trade between Canada, the United States, and Mexico from 1994 to this July, facilitated the expansion of industrial meat production in Mexico.

With its replacement, the United States Mexico Canada Agreement (USMCA), and the growth of the Chinese market, the pork industry has found new areas of growth, while its social and environmental impacts multiply.

South-eastern Yucatán state has become the epicenter of this expansion, due to its strategic access to the United States and Asia through the port of Progreso, and the abundance of resources including water and GMO soy.

Alberto Rodríguez, president of the non-profit organization Consejo Maya del Poniente de Yucatán “Chikin Há”, says that water is the magnet attracting companies to the region. “Because there is a lot of water, the big pork farms come, it attracts them. To raise pigs, you need tons of water, because the animals can’t survive without it.”

Rodríguez, a campesino and fisherman who has been painting houses during the pandemic, lives in the ejido of Kinchil—a designation of communal land—in the municipality of the same name in the south east of Yucatán. The town is the site of a farm with 12,000 hogs, property of the Grupo Porcina Mexicano (Mexican Pork Group) company, known colloquially as Kekén, or pig in the Maya language, and one of the principal exporters to China and South Korea.

Since 2014, meat consumption has also gone up, from 31 pounds per person in 2010 to 40 pounds in 2019. This shift has impacts in environmental resources across the country, as meat requires more water and grains to produce than other food sources.

NAFTA facilitated the transformation of the Mexican diet, by inducing increased consumption of processed foods, the production of inputs for these foods, and animal protein from industrialized farms. The United States innovated this model, based on the vertical integration of the production chain, and then exported it around the world to its neighbors and trade partners.

The U.S. also encouraged the export of American livestock to Mexican market, which as we will see later, may have been a factor in causing the swine flu pandemic in Mexico in 2009.

The industry has grown, despite public health consequences. In 2009, the H1N1 influenza pandemic began in the rural community of La Gloria, in the southern-eastern state of Veracruz, near the installations of Granjas Carroll, a pork farm owned by Smithfield Foods and the Mexican company Agroindustrias Unidas de México. The pandemic ended up killing more than 280,000 people globally. Starting in 1994, NAFTA facilitated the entry of companies like Smithfield to Mexico, which devastated small scale pork farms.

Pork and poultry factory farms are a prime location for the emergence and transmission of pathogens, like the swine flu, because thousands of animals are crammed into small spaces. Pigs have the capacity to incubate influenza viruses, due to their vulnerability to catching them from poultry strains and humans and passing them on.

In 2013, the Chinese company WH Group Ltd, based in Hong Kong, acquired Smithfield Foods, the world’s largest pork producer and processor. In 2015, Granjas Carroll, which has an installed capacity for 90,000 pigs, began expanding. In 2019, the company opened a plant with the goal of 10,000 livestock killed a day.

To reproduce the conditions of NAFTA, the USMCA both maintains this industrial model, and stimulates its growth by opening new markets for pork. The Covid-19 pandemic may impose limits on this expansion, improve regulations in the industrial meat sector, and improve production practices. 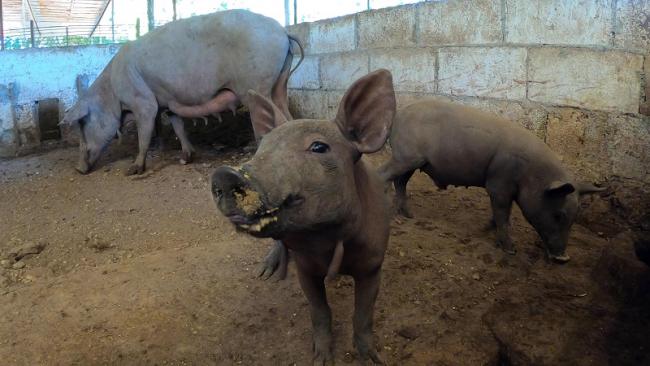 Today in Mexico, there are at least 1,176 farms, of which 119 are categorized as Federal Inspection Type (TIF)—which must meet the strictest norms of security and hygiene and are certified for exports—904 municipal, and 153 private, with an installed capacity of 89.38 million livestock, including 1.76 million pigs.

The pork sector has the second highest occupied capacity, at 92 percent, following the poultry sector, which is over-capacity, at 110 percent.

In the case of Puebla, the state has historically been the heart of the pork industry. Jalisco has a strong tradition of meat packing, much like Sonora, which is favored for its proximity to the United States. Yucatán has become a new growth area, for the availability of land for development, and its strategic access to the U.S. and Asian markets.

This growth feeds domestic pork consumption and exports to countries like China. The effects of the African swine fever and the Covid-19 pandemic have decimated domestic production in China. Meanwhile, pork exports have doubled in recent years, from 97,000 tons in 2015 to 176,000 in 2019.

These statistics make Mexico ninth in pork production worldwide, the third in importing, and fifth in exporting.

Viridiana Lázaro, specialist in Agriculture and Climate Change at Greenpeace Mexico, highlights the Yucatán Peninsula, where 14 percent of Mexican pork farms are located, and pork production increased 36 percent between 2006 and 2018, demonstrates the growth of the industry.

“They are strengthening [raising animals], they’re in negotiations with China to increase exports. China was very impacted by the coronavirus and the African swine fever, which creates an opportunity to expand exports,” she says.

The market is growing 4.5 percent annually in Yucatán, faster than Sonora and Jalisco, which are growing 2.6 and 1.7 percent respectively.

Pigs in a Jungle Oasis

A report published by Greenpeace Mexico in May found that the pig farms in the Yucatán Peninsula, which includes the states of Campeche, Quintana Roo, and Yucatán, cause air and water pollution, produce greenhouse gas emissions, which are responsible for climate change, and threaten the health of the local population.

The report “What is behind the pork industry in the Yucatán Peninsula?” found that the region, which is geologically-sensitive due to its absorbent soil type and which is home to biologically significant ecosystems, has 257 registered pork farms. 86 percent, or 222 farms, are in Yucatán, 21 in Quintana Roo, and 14 in Campeche. 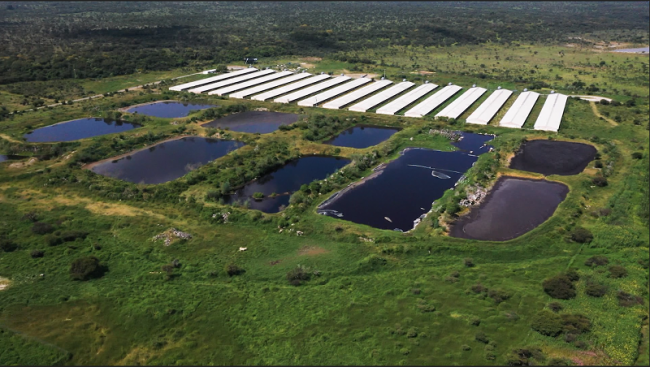 In the eastern state of Jalisco, the NGO Igualdad Animal found a similar situation, in its July report “The enemy of the planet.” They found at two farms that hold 89,097 animals, “extreme conditions that animals in intensive farms experience, in order to bring down the cost of production, sacrificing their wellbeing.”

The companies that own the farms deny these allegations.

So far, the efforts of organizations and impacted communities have had mixed results. Igualdad Animal filed four court cases against the Jalisco farms and state environmental authorities ordered the partial, temporary closing one of one of the farms.

The Environment Secretary of Yucatán has already rejected applications to build seven pork farms, due to their potential environmental impacts.

In February 2019, a group of residents of Kinchil filed a collective lawsuit against the pig farm, which has not been ruled on.

“The legal cases are held up. We have denounced and protested, and we believed that the authorities were going to act, but it hasn’t happened,” says Rodríguez of Kinchil, Yucatán. “Those of us who have spoken up have been threatened.”

For Lázaro, stopping industrial farms is an urgent task. “There was no consultation of the Indigenous communities, the right to a good environment and health is not being respected,” she says. “Before there were small farms for family consumption. All of this was dismantled, because the farms with thousands of pigs arrived and displaced the small producers, they became manual labor.”

Now the Yucatán Peninsula faces other threats, including the construction of the Mayan Train, the most important mega-project of the left-wing government of President Andrés Manuel López Obrador. The train is considered a boon to agro-business, as it would facilitate exports of pork and the entry of raw materials like GMO soy and sorghum to the farms.

“What matters is the money that this investment brings, but they are using up all our resources,” says Rodríguez. “These farms are crooked, but the dispossession of land continues, and the authorities are protecting them.”

Emilio Godoy is an investigative journalist. Based in Mexico, he writes about the environment, sustainable development, and the climate crisis. His articles have been published in Mexico, Central America, the United States, Belgium, and Spain, and have been cited in books and specialized magazines. In 2012, he won the Journalism Award for Green Economy and Sustainable Development, and in 2017 the In-Depth Report Award for Energy Journalism.