The UN and Human Rights: Condemning the U.S. Embargo of Cuba

On Tuesday, the UN General Assembly again voted overwhelming to condemn the U.S. embargo of Cuba. As international relations scholar Arturo López-Levy points out in the latest NACLA Report, the embargo itself violates basic principles of the human rights model established by the UN Universal Declaration of Human Rights.

On Tuesday, the UN General Assembly again voted overwhelming to condemn the U.S. embargo of Cuba. This was the 20th consecutive vote against the U.S. embargo. The final result was 186-2 in favor of the resolution. Like last year, only Israel and the United States voted against the measure while the island nations Palau, Micronesia, and the Marshall Islands abstained. 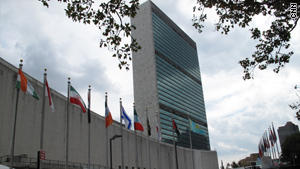 After a surprise visit to Cuba in April, former U.S. president Jimmy Carter also called for an end of the embargo. But as William M. LeoGrande, the Dean of the American University School of Public Affairs, wrote in the July/August 2011 NACLA Report, a profound change in U.S. policy toward Cuba isn’t likely any time soon.

This is partially due to the fact that since the end of the Cold War the United States has justified its embargo against Cuba as a policy of human rights.

The embargo is “one aspect of U.S. policy toward Cuba, whose overarching goal is to encourage a more open environment in Cuba and increased respect for human rights and fundamental freedoms,” said Ronald D. Godard, U.S. Senior Area Adviser for Western Hemisphere Affairs, recently.

However, according to international relations scholar Arturo López-Levy in the most recent NACLA Report, the embargo itself actually violates basic principles of the human rights model established by the UN Universal Declaration of Human Rights.

“[T]he problem with the embargo is that human rights as a whole have never been an essential consideration in its design,” writes López-Levy in his piece, " ‘Chaos and Instability’: Human Rights and U.S. Policy Goals in Cuba.” “One right above all others takes precedence in U.S. Cuba policy: the right of Cuban exiles to reclaim their private properties that were nationalized during Cuba’s revolutionary process after 1959. The embargo furthermore reflects Cuban exiles’ desire to punish those who do not accept them as the rulers of Cuba by including measures to ‘purify’ the island of the current government’s upper echelons and many of its followers.”