“Charter cities” have been promoted for years by Paul Romer, a University of Chicago–trained economist teaching at New York University. But the applicability of Romer’s radical vision in Honduras always depended on the enthusiasm of the authoritarian, post-coup government of Porfirio Lobo.

On the evening of Saturday, September 22, human rights lawyer Antonio Trejo stepped outside a wedding ceremony to take a phone call. Standing in the church parking lot of a suburb of Tegucigalpa, Honduras, he was shot six times by unknown assailants. Despite his requests, he had been granted no police protection in the face of death threats; Trejo had believed he would be targeted by wealthy landowners over his outspoken advocacy on behalf of small farmers seeking to reclaim seized territories.1 In his death, Trejo joined dozens of fallen peasant leaders whom he had defended, as well as murdered opposition candidates, LGBT activists, journalists, and indigenous residents. All were victims of the violence and impunity that has reigned in Honduras since the 2009 coup d’état against its democratically elected and left-leaning president, Manuel Zelaya.

Earlier that day, Trejo had appeared on television, denouncing the powerful interests behind the government’s push for ciudades modelos—swaths of land to be ceded to international investors and developed into autonomous cities, replete with their own police forces, taxes, labor codes, trade rules, and legal systems. He had helped prepare motions declaring the proposal unconstitutional.

This concept of “charter cities” has been promoted for a couple of years by Paul Romer, a University of Chicago–trained economist teaching at New York University. He described his brainchild in a co-authored op-ed as “an effort to build on the success of existing special zones based around the export-processing maquila industry.” A “new city on an undeveloped site, free of vested interests” could bypass the “inefficient rules” that hinder “peace, growth and development” worldwide, he argued. With new and stable institutions, the charter city could become an “attractive place for would-be residents and investors.”2 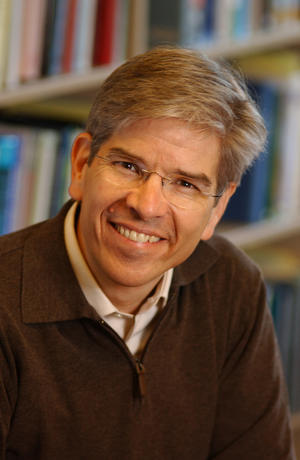 The international press swooned over Romer’s revolutionary idea: Foreign Policy magazine named him one of its Top 100 Global Thinkers of 2010 for “developing the world’s quickest shortcut to economic development”;3 that same year, The Atlantic dedicated a 5,400-word paean to Romer and his “urban oases of technocratic sanity,” which held the promise that “struggling nations could attract investment and jobs; private capital would flood in and foreign aid would not be needed.”

But the applicability of Romer’s radical vision in Honduras always depended on the enthusiasm of the authoritarian, post-coup government of Porfirio Lobo. Lobo owes his presidency to the sham elections of 2009, which took place under the U.S.-backed de facto military government that overthrew Zelaya and were marred by violent repression and media censorship. With the exceptions of the U.S.-financed International Republican Institute and National Democratic Institute, international observers boycotted the electoral charade that foisted Lobo into power.

Romer’s lofty theories also remained utterly detached from the brutal nature of the collaborating government. “Setting up the rule of law” from scratch in a new city, he contended, would be an antidote to “weak governance” (weak in no small part due to Lobo’s appointment of coup perpetrators to high-level government positions).4 In a co-authored paper, Romer also mischaracterized his allies, the “elected leaders in Honduras,” as earnest in their intent to end a “cycle of insecurity and instability that stokes fear and erodes trust.”5 (Romer offered no comment when Lobo designated Juan Carlos “El Tigre” Bonilla, accused of past ties to death squads, as the national chief of police.)6

Even on its own terms, Romer’s development theory is disconnected from reality. He has repeatedly invoked Hong Kong as the sunny inspiration for the remaking of Honduras: “In a sense, Britain inadvertently, through its actions in Hong Kong, did more to reduce world poverty than all the aid programs that we’ve undertaken in the last century,” he claimed.7 Romer neglected to add that the city developed as a hub for the largest narcotrafficking operation in world history, through which Britain inflicted untold misery on the Chinese mainland. Britain dealt a humiliating military defeat to China (which had attempted to prohibit illegal British opium from entering its borders), took over Hong Kong, and forced China to abandon its tariff controls in 1842. Given that Hong Kong was one of the spoils of a drug war, and that its inhabitants were permitted democratic elections only 152 years after its incorporation into an empire, Romer’s dream for Honduras could just as easily be considered a nightmare.

Romer’s focus on good rule making is similarly fanciful; his effort to change the rules that engender poverty conspicuously excludes the international legal privileges that allow undemocratic leaders to sell a country’s resources and borrow in its name (he wrote positively of a trade agreement that Lobo struck with Canada this summer).8 Romer also approved of the legal architecture that “gives the United States administrative control in perpetuity over a piece of sovereign Cuban territory, Guantanamo Bay,” through a 1901 treaty that he failed to mention was ratified by a militarily occupied Cuba. Whether Romer knows it or not, his endorsement of power politics is clear: Investor-owned cities would be safe from future efforts by governments to repossess sovereign territory, because “Cuba respects the treaty with the United States, even as they complain bitterly about it.”9

Romer rebutted criticisms that his idea smacks of neocolonialism: “There are some things that it shares with the previous colonial enterprises,” he admitted, “but there’s this fundamental difference: at every stage, there’s an absolute commitment to freedom of choice on the part of the societies and the individuals that are involved.”10 Which choices are available to individuals living under a coercive, illegitimate government is a question left unanswered, and the adulating press could not be bothered to probe further.

After all, it would be impolite to reveal Romer’s close cooperation with a government whose security forces—many of whom are personally vetted, armed, and trained by the United States—killed unarmed students Rafael Vargas, 22, and Carlos Pineda, 24, as well as pregnant indigenous Miskitu women Juana Jackson Ambrosia and Candelaria Trapp Nelson, among others.11 Indeed, the Committee of Families of the Detained and Disappeared of Honduras observed that more than 10,000 official complaints have been filed against Honduras’s military and police since the coup. Such unsavory details might have chastened The Atlantic’s ebullient portrait of the “elegant, bespectacled, geekishly curious” professor, and would have tarnished President Obama, who praised Lobo for his “strong commitment to democracy” while providing his brutal security apparatus with $50 million in aid last year.12

In their coverage of Romer’s charter cities, the media have almost entirely excised the innumerable human rights violations occurring under the undemocratic Honduran regime. The New York Times is a case in point. About a week after Amnesty International, Human Rights Watch, the Inter-American Commission on Human Rights, and even the U.S. State Department were compelled to release statements of condemnation over Antonio Trejo’s assassination, Times reporter Elisabeth Malkin fawned over Romer’s idea while ignoring the killing of one of its most prominent critics. (Romer himself offered no public statement in the wake of Trejo’s death-squad-style killing.) Charter cities promised to “simply sweep aside the corruption, the self-interested elites, and the distorted economic rules that stifle growth in many poor countries,” asserted the imperturbable Malkin. She added with uncommon journalistic authority, “Nobody disputes that impoverished, violent Honduras needs some kind of shock therapy.”13

This is not the first instance in which the Times has glossed over inconvenient facts to laud shock therapy, a doctrine of massive privatization and investor-friendly deregulations developed at the University of Chicago.14 Many years after Chile’s coup government pushed through a rash of measures designed by economist Milton Friedman and his acolytes, the Chicago Boys, the Times reported that “Chile has built the most successful economy in Latin America, and one of the vital underpinnings of that growth was the open economic environment created by the former military dictator, Gen. Augusto Pinochet.”15 Leaving aside Pinochet’s torture and murder of tens of thousands of dissidents, Chile’s per capita gross domestic product was practically unchanged 13 years after the coup; Pinochet’s “free-market” experiment also ended with re-nationalizations in banking and copper extraction, the institution of capital controls, and continuous state support for Chile’s exports.16

Following in this dubious tradition of portraying a reactionary societal experiment as a formula for prosperity, the Times’ first piece on Honduran charter cities appeared in its Sunday magazine in May 2012. Author Adam Davidson, co-creator and host of National Public Radio’s Planet Money program, considered charter cities a “ridiculously big idea” for fixing an “economic system that kept nearly two-thirds of [Honduras’s] people in grim poverty.” Davidson related the story of Octavio Sánchez, Lobo’s chief of staff, who met with Romer to develop a “secure place to do business—somewhere that money is safe from corrupt political cronyism or the occasional coup.”17 Davidson, however, scrupulously avoided Sánchez’s own role as an apologist for the 2009 military overthrow of Zelaya. Days after Zelaya’s ouster, Sánchez advised Christian Science Monitor readers not to “believe the coup myth,” and in an Orwellian flourish, the Harvard Law graduate declared that “the arrest of President Zelaya represents the triumph of the rule of law.”18

In November, Planet Money provided an obsequious follow-up on Romer and Sánchez’s collaboration, scrubbing any mention of the 2009 coup and Lobo’s emergence from it, and portraying Sánchez as an idealistic dreamer. “Instead of fighting to do two, three or four reforms during the life of a government,” Sánchez asked, “why don’t you just do all of those reforms at once in a really small space? And that’s why this idea was appealing. It’s really the possibility of turning everything around.”19

Planet Money’s co-hosts unwittingly conveyed the fundamental obstacle to shock therapy: “Paul Romer has this killer idea and no real country to try it in; Octavio has the same idea, but no way to sell it to his people.” They acknowledged that even with “a government that’s ready to go,” the “people in Honduras” viewed Romer’s plan as “basically Yankee imperialism.” The episode concluded by explaining the apparent collapse of the charter cities initiative, resulting partly from the post-coup government’s lack of transparency (Romer was “stunned”), as well as a Honduran Supreme Court ruling in October that found charter cities unconstitutional. Romer remains unfazed, the hosts said. He has a promising lead in North Africa—another opportunity to answer “one of the oldest problems in economics: how to make poor countries less poor.”

Regardless of what Romer and his media sycophants think of the charter city’s (questionable) efficacy, their deafening silence on its antidemocratic implications and Honduras’s human rights abuses is unconscionable. In this insulated world, Honduran victims of economic hardship and state terror, and their own proposals to solve poverty, remain invisible. Pinochet, the original administrator of shock therapy, distilled the insouciance of today’s intellectual and media culture when, in 1979, he remarked, “I trust the people all right; but they’re not yet ready.”20

Keane Bhatt is a regular contributor to the MALA section of NACLA Report and the creator of the Manufacturing Contempt blog on the NACLA Website.

5. Brandon Fuller and Paul Romer, “Success and the City: How Charter Cities Could Transform the Developing World,” Macdonald-Laurier Institute, April 2012.

19. Goldstein and Joffe-Walt, “Can a Poor Country.”