It is not the intention of this report to pass final, or even interim, judgment on the 14-year presidency of Hugo Chávez. Instead, we are interested in exploring what the movement that bears his name—Chavismo—was all about.
July 2, 2013
Tweet
Fred Rosen

It is not the intention of this report to pass final—or even interim—judgment on the 14-year presidency of Hugo Chávez, on his style of leadership, or on his importance on the world stage. Much less does this report attempt to evaluate the current state of the Venezuelan economy or political culture. Those are all important questions and they will be addressed in due time. 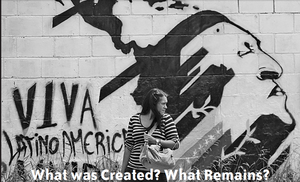 Here, however, we are interested in exploring what the movement that bears his name—Chavismo—was all about. We are interested in identifying the institutional structures that were created under his leadership and that, to one degree or another, carry out his legacy today. Much of what passes for the history or analysis of the period of Chávez’s presidency—both pro and con—goes no further than to treat the period as the wholly created invention of one man and his compelling personality. Here, we are interested in providing more substance to the debate over Chavismo by coming to grips with what its inventions have actually been, and what they might become.

All of it has been supported, promoted, and finally made possible by a vision that Hugo Chávez called “socialism for the 21st century,” by Chávez’s charismatic leadership, and by the high global price of oil.

Back in the 1980s I spent two years in Caracas, teaching at the Central University of Venezuela. I was there with my family, living in a middle-class neighborhood, sending our kids to an international, bilingual school.

When we moved into our apartment, our immediate neighbors were very friendly and intent on being helpful to these visiting foreigners in their midst, advising us on where to shop, what to do on weekends, how to get around town, and where to find a “Colombian woman” to clean house for us. “A Colombian woman?” Yes, our new friends replied, the Colombians live in the ranchitos in the hills surrounding Caracas and take all the low-paying jobs in the city.

In other words, we were told, the Venezuelan poor were not really Venezuelans, or at least they were less Venezuelan than the folks that lived in our middle-class neighborhood. There was, not surprisingly, a small measure of truth to this the-poor-are-all-foreigners image of the Venezuelan underclass. During Venezuela’s periodic oil booms and Colombia’s periodic political violence, many poor Colombians had migrated to lands of greater opportunity and security, like the United States and Venezuela.

But this image of the poor, we soon realized, mainly served to define an entire segment of the population out of the Venezuelan polity. So yes, there were poor Colombians in the hills surrounding Caracas, but mostly there was a great majority of poor, unacknowledged Venezuelans—who have since made themselves visible in the institutions of Chavismo. What Chávez did, to his great credit, and no matter how his final legacy is perceived, was to bring the poor—including those of Colombian descent—into the cultural and political life of the country, not just, as standard U.S. press coverage would have it, by being a populist politician and using the country’s huge oil reserves to provide unsustainable housing, medical care, and inexpensive groceries to the poor—though in all honesty there was some of that—but by developing new institutional frameworks within which formerly excluded people could directly participate in their own governance.

One of the institutions that helped give shape to Chavismo was what Chavista activists call the “communal state,” a structure very much in progress, consisting of communal councils and communal cities. As described in the article by Dario Azzellini and the interview with Atenea Jiménez in this report, these communal structures—“bottom-up structures of self administration”—brought people who had never participated in political decision-making into the arena of politics. The broad plan, which has never been (or not yet been) brought to fruition, for these bottom-up structures, is described by Azzellini: “Councils of workers, students, peasants, and women, among others, would…have to cooperate and coordinate on a higher level in order to gradually replace the bourgeois state with a communal state.” These cooperators have generally perceived these structures to be in progress, in motion, and temporary.

The Chavista state has been able to support these communal structures because of two valuable resources it has had at its disposal, oil and the outsized, dynamic personality of Hugo Chávez. Whether these new institutions will survive his absence, not to mention the next downward cycle of oil prices, is one of the great unknowns that this report only partially addresses.

What came to be known as Chavismo, then, was not simply the purchase of loyalty via the establishment of a variety of social welfare programs for the poor, programs that would disappear once the oil money ran out. Again, there was—and continues to be—a measure of truth to this critical assumption, but it sidesteps the fact that Chavismo, or Bolivarianism, has come to consist of a number of concrete institutional changes within the Venezuelan political economy.

These inclusionary changes took place on an international scale as well, as Chávez used the great fortune of the country’s petro dollars to help create and/or strengthen institutions that could credibly compete with, and to a certain extent even replace, the U.S.-dominated institutions of politics and trade within the Americas. These include PetroCaribe, an institution that facilitates the purchase and sale of Venezuela’s oil products throughout the Caribbean; ALBA, a structure that put in motion a set of alternative trade agreements, first between Venezuela and Cuba, then with the addition of Bolivia, now with eight members in the Americas; CELAC, a political body consisting of all the American countries—including those currently ruled by conservative governments—with the exception of the United States and Canada; and UNASUR, an economic arrangement meant to strengthen and facilitate intra-American trade. These structures all propose to provide alternatives to U.S.-dominated institutions like the OAS (in regional politics) and the various “free trade” agreements (in regional economics) in the Americas. Like the domestic structures discussed by Azzellini and Jiménez, they are meant to “include the excluded,” this time at the level of international trade and politics.

As Stephanie Pearce writes in this report, “Venezuela’s regionally orientated foreign policy during the Chávez era effectively opened up autonomous policy space for other states in Latin America and the Caribbean. The concrete achievements of a number of mechanisms, including counter-trading and credit provision within the PetroCaribe framework, and the recent establishment of a virtual regional currency, the SUCRE, all played a part in this process.”

In the case of ALBA, in particular, the construction of greater levels of intra-regional trade has reduced economic dependence on the United States and therefore its ability to constrain sovereign policy-making.

Dario Azzellini writes, “The particular character of what Hugo Chávez called the Bolivarian process lies in the understanding that social transformation can be constructed from two directions, ‘from above’ and ‘from below.’… Although not free of contradictions and conflicts, this two-track approach has been able to uphold and deepen the process of social transformation in Venezuela.”

Indeed, there are plenty of contradictions and conflicts in this process. This is where the hard part comes in. Does the state, from above, enable just anything that emerges from the constituent power below? Who makes those decisions within the “communal state”? Who sends the messages to the constituent power about what will get enabled, funded, opposed, etc? In short, who is accountable to whom?

And then there are the contradictions embedded in the new cooperatives. The cooperatives were—and are—meant to redirect the economy away from capitalist accumulation. But the idea that cooperatively owned firms would automatically begin producing to meet social needs instead of private accumulation proved to be mistaken. Instead, reports Azzellini, “most cooperatives still followed the logic of capital; concentrating on the maximization of net revenue without supporting the surrounding communities, many failed to integrate new members. In the light of these experiences the government’s focus in supporting the creation of cooperatives switched to cooperatives controlled and owned by the communities.”

In any case, all this has been held together by Chávez’s success in the electoral arena. During his 14-year rule, writes Steve Ellner in this report, “Chávez occasionally scolded the bureaucrats and demanded that they get in tune with the people. The reproaches were accompanied by concrete actions in favor of the workers in clashes with state managers and politicians and in favor of the rank and file of his Venezuelan United Socialist Party (PSUV) in disputes with party bosses. But the question remains, “which people and which party bosses?”

So the Bolivarian Revolution is very much in flux and process. The broad intentions—to include the previously excluded—are clear, but the mechanisms are still in the experimental stage.