Martín Rodríguez Pellecer, co-founder of Plaza Pública, on how his new media outlet Nómada fits into the boom in Latin American journalism that could reshape the region. 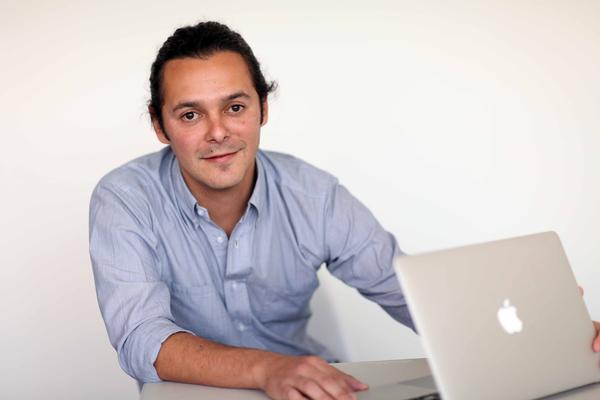 Read the Spanish version of this interview here.

One of the founders of Plaza Pública, Martín Rodríguez Pellecer, has gone on to launch the online digital media site Nómada, which is made up of committed journalists who will pursue investigation, create data visualization information, and mix style and design for young urbanites in Guatemala and beyond. I sat down with Martín via skype on August 27, 2014.

Pamela Yates: Why did you see the need to create Nómada? Give us a brief explanation of what Nómada is.

Martín Rodríguez Pellecer: Nómada is online media that aspires to portray society or rather to reflect part of Guatemalan society from fresher and bolder angles while blending politics and everyday life, politics and society. A while back I founded an independent online media outlet [Plaza Pública] for a Jesuit college—back when there were still few national news organizations circulating on the web. After that, I decided to establish my own platform, taking what I had learned from my previous experience and seeking to create a wider audience. I wanted to reach the country’s urban youth in general, not only those with a social conscience or interest in politics.

PY: What are the strengths of Nómada?

MRP: There are several. We are interested in not just talking about politics and society but in doing so with a new aesthetic, a new language, and intermingling aesthetics with relevant reporting. In summary, our strength is that we report with a fresh language and the best level of journalism of Latin America or the continent.

PY: Why the name “Nómada”? What is the link between a nomad and an investigative journalist? This seems to me a very poetic statement for an online digital media site.

MRP: Well, I was looking for a word that suggested future, vanguard, and movement. While talking with a friend who is a philosopher, she told me of an anthropologist who came to Guatemala to give some conferences and spoke of nomad societies. What we have nowadays is nomad technology, which is in constant movement. Also, ‘Nómada’ has a strong rhythm, with the accent on the first syllable, which gives it more presence. Later, I was lucky to find out that about a hundred years ago Central American Unionists, who wanted to unite Central America democratically, spoke of nomad journalism and letters meaning independent journalism.

PM: You have said that Nómada will help Guatemalan society become more democratic and transparent, but how?

MRP: This will involve several responsibilities, from doing some watchdogging of powerful actors to giving greater transparency to the mainstream media, some of which—despite being one of the major promoters of transparency—shroud their structures and shareholders in obscurity.

PY: You use several adjectives to describe Nómada. One of them is “vanguard,” which is usually used to describe revolutionary movements. What does the vanguard mean for Nómada?

MRP: Well, the term is used both for revolutionary movements of the twentieth century and for fashion. There are several uses for this adjective. Nómada is vanguard in the sense that, for instance, it is the first media outlet in Latin America to have gender quotas—this is a positive development. Doing more transparent journalism and having a great design—design that is up there with the best newspapers of the world—these are some of the aspects that make Nómada cutting-edge as well.

PY: The other adjective you use to describe Nómada is “feminist”; this is also an unusual way of describing journalism or digital media sites.

MRP: Yes. It refers to those principles of equality between men and women that translate into gender quotas, into rejecting sex advertisements, and into publishing articles about misogyny or sexism. In other words, we are feminist inasmuch as we have the issue of equity present whenever we do journalism or make institutional decisions and not only on the [International]  Women’s Day or the Day for the Elimination of Violence Against Women.

PY: It’s interesting because you have chosen for Nómada very unusual adjectives intended to shock.

MRP: We want to tell our readers, who are mostly in their twenties, that the world is not as our parents and grandparents taught us, and it is also unlike the world of other young people who think as our grandparents did.

PY: You also describe yourself as a feminist in your Facebook profile.

MRP: Yes, I am a feminist activist.

PY: What does that mean to you?

MRP: It involves several things, from denouncing gender inequality—which is as profound and alarming as economic and ethnic injustice—to making institutional decisions like the implementation of gender quotas. It also involves everyday activism and trying to make the debate around gender issues move forward. Let’s remember that Central America, one of the most economically unequal regions of the world, is also among the most unequal in terms of relations between men and women. Therefore, we cannot consider these battles for equality secondary.

PY: You are based in Guatemala. But, do you consider Nómada to be Pan-American? Is it part of your plans to acquire a regional scope?

MRP: I’d like Nómada to become a touchstone in Latin America as a magazine that deals with the changes our societies are going through. That is to say, our societies are no longer structured by the urban-rural dichotomy, they are increasingly urban societies. Though there are many problems in the provinces of our countries, there are also urban problems that are not being addressed, most of all, problems that afflict young people who are marginalized because of how they think, dress, or work. I believe that as we become more urban in Latin America, we also become more similar. I hope that when Sao Paulo wants to find out about trends in other Latin American cities they will be able to visit Nómada and see what is going on in this part of the continent. This way, they may be able to get new ideas, feedback, or useful comparisons. So yes, I am interested in seeing Nómada become a go-to site at a regional level and in relation to what is going on with Latin America as a society, although we are telling stories about Central America.

PY: How do you think that an online media outlet like Nómada can bring about change?

MRP: I believe we can provide young citizens with facts as well as with more context in their lives so that they can make better decisions and have better arguments when debating with their parents or other young people who are exclusively influenced by the libertarians. In Guatemala, the public debate is heavily influenced by tea party-like libertarians because they have a great deal of financing and discipline and also because nobody counteracts their influence with facts. So by putting forward good journalism, facts, and independent articles, we can make the national debate less conservative or less libertarian.

That also means that we strive to make the debate more realistic and more reflective of what is actually happening and what Guatemalans in general are thinking—not only what writers of opinion columns—and I’m among them—think. So, again, we want to contribute by reducing impunity for powerful actors, by telling stories from different sectors of society, and by providing context for public debate.

PY: You are a citizen of the world, you have studied abroad, and you speak several languages. Why do you stay and work in Guatemala? What’s attractive to you?

MRP: I’ve never thought about it much, while I was doing my Masters in Madrid I always saw it as temporary, I was always preparing to return, and I had the same frame of mind when I went on a student exchange to Berlin. When traveling, I’ve always been conscious of my responsibility as a Guatemalan citizen who has had more opportunities than most, but also I truly enjoy being home, where my friends and family are, and where there’s still a whole country to build.

If I were to live in a country other than my own, where everything is already built and established, I would get really bored. I stay here not only because there is much to build, change, and improve, but because doing so is more enjoyable and fun than living in Berlin, for instance, where everything has already been done and everything is perfect, or beautifully imperfect so that there is little to change. Here we have lives to improve and lives to change. There’s so much injustice and so many who are unaware of this injustice. Also, there are people who have internalized inferiority because of ethnic or gender inequality. There’s a lot of work to be done. I have never entertained the idea of living outside of Guatemala.

PY: How would you describe the current moment in Guatemala and Latin America?

MRP: I’d say the current moment resembles pressure building rapidly on a boiling pot. There’s exuberance, from the protests in the provinces against the extractive industries, to the bicycle movement, or the runners’ movement, or the artists, or the people opening bars or websites. There’s exuberance, just like with the rest of Latin America, a continent that has been on the move for the last couple of decades, growing economically, generating new ideas. And given this common excitement, Guatemala is becoming more and more Latin American. The first countries to propose drug decriminalization were Guatemala and Uruguay, and then Colorado and Washington [states]. In addition, Latin America is creating digital media with new perspectives, proving that the boom in Latin American journalism is not a thing of the past but a very current trend that may continue to surprise readers. And so I believe it is a great moment to be in Latin America and Guatemala because we are telling the stories of the region in a new way, we are re-making it, building it. For me this is a moment that, despite all the difficulties, all the injustice, all the violence . . . this is a moment that, seen as a photo, may seem disheartening, but if one looks at it as a film, conscious of where we’ve come from and where we’re going, like in the impressive work you’ve been doing, then that image of the past to the present gives me reasons to feel optimistic.

Pamela Yates is a co-founder of Skylight Pictures, a company dedicated to creating documentary films and digital media tools that advance awareness of human rights and the quest for justice. Her latest film was Granito: How to Nail a Dictator and her upcoming film is 500 Years. Translated by Sebastián Muñoz-Najar Galvez.