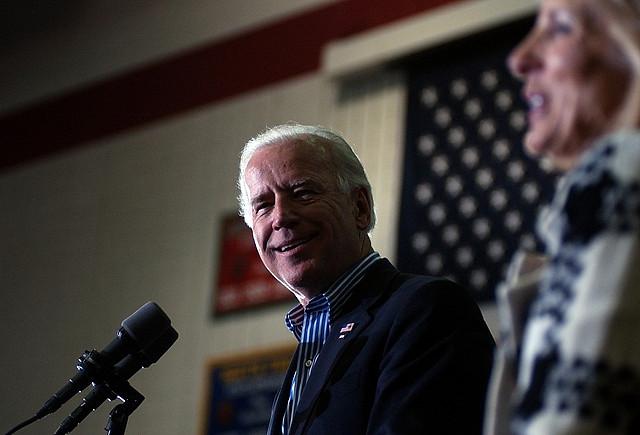 On January 29, the White House announced that $1 billion in assistance to Central America would be included in its budget request for fiscal year 2016. The goal of this aid, as Vice President Joe Biden described it in a New York Times op-ed, is to help the governments of El Salvador, Guatemala and Honduras “change the climate of endemic violence and poverty” that has led to a “dangerous surge in migration,” as exemplified by last summer’s influx of unaccompanied child migrants. Explicitly modeled on Plan Colombia, the aid package would help make the region “overwhelmingly middle class, democratic and secure.”

Central Americans may well greet Biden’s assertions with skepticism. From the U.S.-backed dirty wars of the 1980s to the broken promises of economic development under the Central American Free Trade Agreement, the historical record shows that U.S. policies and assistance have often undermined prosperity, stability, and democracy in the region. More recently, human rights advocates have expressed deep concern regarding the marked increase in U.S. military and police assistance to Central America’s poor and crime-ridden Northern Triangle (El Salvador, Guatemala and Honduras) since the mid 2000s. Though the purported objectives of this assistance are to fight drug trafficking and enhance “citizen security,” Honduras is today the deadliest country in the world, while El Salvador and Guatemala have higher murder rates than during their respective civil wars. Meanwhile, the flow of cocaine through Central America’s drug-trafficking corridor has actually continued to rise, according to the State Department’s own figures.

At first glance, the White House’s new plan appears to herald a salutary shift away from the U.S. government’s failed regional security policy. A White House summary of the plan emphasizes U.S. economic and development assistance and support for improved governance, while indicating that less than one-third of the requested funds would go toward military and police programs.

However, a closer look at the numbers in the president’s FY16 budget request suggests that Central Americans will have to brace themselves for a good deal more of the same sort of security assistance. While a major increase in funding for economic and development aid may have some positive repercussions, the fact that it appears designed in part to bolster a neoliberal development plan for the Northern Triangle sets off alarm bells. In addition, plans for promoting governance and reform appear to rely largely on the political will of national authorities – a highly tenuous assumption in countries like Honduras and Guatemala.

Let’s start with sections of the Biden plan that deal with military and police assistance. While the proportion of funding earmarked for support to the armed forces and counter-narcotics is smaller in relation to other forms of aid, it increases significantly in absolute terms under the White House’s proposed budget. Proposed military assistance – e.g., Foreign Military Funding and International Military Education and Training – remain at roughly the same levels as in 2014. However, the funding for International Narcotics Control and Law Enforcement (INCLE) assistance to Central America – much of which provides support to police forces – would jump from $100 million in FY2014 to $205 million under the Biden plan. It is troubling that these funds would be channeled through the Central American Regional Security Initiative (CARSI), a multilateral cooperation mechanism that is notoriously opaque, leaving the public and members of Congress with little idea of where and how funds are used.

In recent years the majority of CARSI funds have gone to the Northern Triangle despite countless reports of abuses carried out by the police and army there—including frequent extrajudicial killings. The involvement of Honduran military and police forces in killings and attacks targeting civil society leaders, with near total impunity, prompted 94 members of the U.S. Congress to urge the Obama administration to cut off all security assistance to Honduras. The level of alarm is such that both parties in Congress have agreed to language in appropriations legislation that requires the State Department to certify that Honduran and Guatemalan authorities meet basic human rights conditions before significant portions of security assistance can be disbursed to either country.

More worrying still is the fact that law enforcement in these countries is growing increasingly militarized. All three countries have deployed army units to police the streets and, in Honduras, the ruling party has sought to enshrine a new “military police of public order” in the nation’s constitution. Members of this military police have allegedly kidnapped and gang-raped a woman and attacked a prominent human rights defender, among other crimes. Yet, as with the vast majority of criminal acts committed by the country’s security forces, no one has been prosecuted or even suspended from duty for these crimes.

Even though INCLE funding and U.S. military assistance are pouring into the Northern Triangle’s increasingly militarized law enforcement systems, the Obama administration has avoided voicing its support for the region’s militarization. However, it is now heavily promoting Plan Colombia – a militarized security plan if there ever was one – as a model for its Central American assistance scheme. State Department officials – particularly in the International Narcotics and Law Enforcement bureau – have sought to present Plan Colombia as an outstanding success story, but human rights defenders consider it an unmitigated disaster. Parts of Colombia are more secure today, but the human toll of the plan is appalling: millions of Colombians displaced and thousands of innocent civilians [PDF]murdered by military troops.

One other aspect of the administration’s Central American security plan is worth addressing: the funding for increased enforcement at the southern borders of both the U.S. and Mexico. In Biden’s New York Times op-ed, the sharp spike in the number of Central American migrants reaching the U.S. is framed as a “dangerous” security threat. Following this xenophobic logic, which closely matches the discourse of some Republicans, Biden’s billion includes an unspecified amount of funding to help Mexico and the Northern Triangle governments enforce their borders in order to prevent thousands of potential migrants from getting anywhere near the U.S. border.

Indeed, one of the main reasons why the number of Central American migrants reaching the U.S. fell off in late 2014 is because, at the urging of the Obama administration, Mexico began cracking down intensely on illegal migration at its southern border through the Plan Frontera Sur. As a result of this proxy enforcement by Mexico, those fleeing violence and dire economic conditions are further criminalized and expeditiously deported with little regard to whether they qualify for political asylum or face life-threatening conditions in their communities of origin. Under the Biden plan, U.S. funds will help Mexico continue these mass deportations in the hope that they will be sufficient to avoid another politically damaging humanitarian crisis along the U.S.’ southwestern border.

Turning to other forms of assistance in the Biden plan: Many have applauded the fact that the budget for development aid funds to Northern Triangle countries would increase enormously, from around $100 million in FY2014 to $480 million. If this major expansion of assistance makes it past the Republicans’ cutting board in Congress – and that’s an extremely big if – it could provide the region with much-needed economic support. However, some of the administration’s description of how these funds would be used raise red flags for those concerned about the erosion of worker protections and attacks on public sector services throughout the region.

The president’s budget request states that the White House’s Central America plan is designed to “support the priority objectives” identified in the Alliance for Prosperity Plan that the Inter-American Development Bank helped the governments of the Northern Triangle draft late last year. As my colleague Dan Beeton recently wrote, “the plan brings to mind various past cases of crises exploited for economic gain, as Naomi Klein detailed in her landmark book, The Shock Doctrine.” Northern Triangle countries that badly need any sort of economic help may well see that help conditioned on the implementation of neoliberal policies.

Among the objectives of the Alliance for Prosperity plan is the “creation of special economic zones,” bringing to mind the neoliberal “charter cities” that are currently being developed in Honduras, and “improving labor market conditions,” euphemistic language that generally refers to the deregulation of labor markets and the dismantling of workers’ rights protections. Some of the language in the “development assistance” section of the president’s budget request – e.g., “the entire Central America region suffers from severe anti-competitive disadvantages that will be addressed by the [Central America] Strategy” – also evokes a strident anti-regulatory and privatization agenda that might benefit big foreign businesses, but could end up making life much more difficult for the average worker.

Finally, the White House fact sheet describing the Biden plan states that “nearly $250 million” would be channeled toward “improved governance” with programs aimed at enhancing “public sector fiscal management” and strengthening “the efficiency, accountability, and independence of judicial institutions.” But funding for judicial reform is of dubious value at best in a country like Honduras, where, two years ago, the Congress illegally fired most of the judges on the Supreme Court and replaced them with allies. In his New York Times op-ed, Biden stressed the importance of “political will” for the billion-dollar plan to work, yet Honduras’ ruling party dissolved a respected and independent police reform commission and refused to enact any of the measures the commission had recommended for mending the country’s corrupt and broken public security apparatus. Similar backtracking has occurred in Guatemala, with the annulment of the former dictator Efraín Ríos Montt’s conviction for genocide and the constitutional court’s decision to prematurely cut short the tenure of the widely-praised independent attorney general Claudia Paz y Paz.

If the U.S. really wants to help Central America, it needs to begin by re-thinking its foreign assistance to the region. It’s time to start listening to local human rights defenders and stop channeling military and police assistance to governments that militarize law enforcement and fail to curtail the abuses perpetrated by state forces. To effectively address the problem of violent crime in the Northern Triangle, the U.S. government should develop alternatives to its failed drug interdiction policies and help countries create good jobs through equitable and sustainable growth. To achieve this, U.S. development assistance should go first and foremost to local organizations, rather than to contractors inside the Beltway, and shouldn’t be predicated on dismantling worker protections and regulatory frameworks. Institutional reform – particularly judicial and law enforcement reform – is necessary, but far too politically and culturally sensitive to be achieved through direct U.S. assistance. Instead, the U.S. government should support the expansion of multilateral cooperation schemes like the U.N. International Commission against Impunity in Guatemala, which has a proven track record of strengthening the rule of law.

Alexander Main is the Senior Associate for International Policy at the Center for Economic and Policy Research (CEPR), with a focus on U.S. foreign policy toward Latin America and the Caribbean.