The history of Puerto Rican migration to the U.S. shows why the fight for migrant rights must also be a struggle for racial justice. 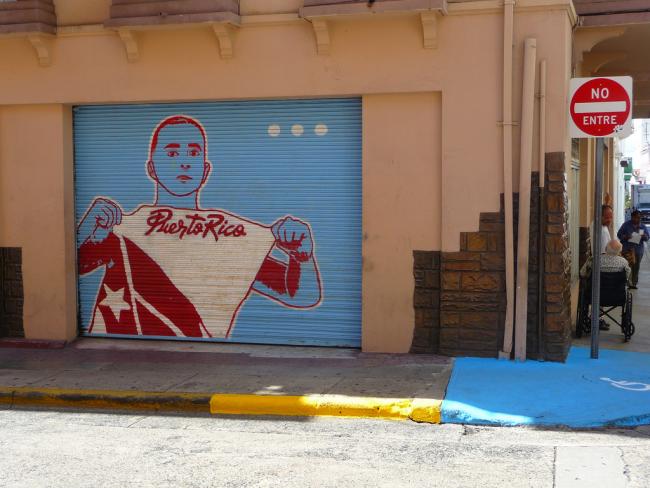 The third in a four-part NACLA series on migration in the Americas – past and present. (Read the other parts here, here and here.)

Immigration activists in the United States have called for open borders as a solution to the abuses suffered by so many migrants. While there are many good reasons to support this, it’s useful to consider one example of what open-border policy and practice might look like, namely Puerto Rican labor migration to the mainland U.S. in the mid-20th century.

During and after World War II, U.S. officials encouraged and recruited Puerto Ricans to migrate to the mainland to fill agricultural and industrial jobs, particularly in areas with labor shortages. Because Puerto Ricans were assigned U.S. citizenship in the first decades of the 20th century, they bypassed the official immigration inspection to which foreign nationals were subjected. Legally speaking, they were simply domestic “American” migrants, like anyone from Tennessee, Montana, or Virginia who relocated to another state.

Puerto Rican “open border” migration occurred at the same time as the much more highly regulated migration of Mexican contract workers through the Bracero Program (1942-1964). These simultaneous migrations offer a useful comparison of open borders versus regulated or restricted migration, and the consequences of both.

Puerto Rican migration was part of an economic development plan aimed at alleviating the island’s high rates of unemployment, poverty, and labor unrest in the 1940s. After the United States occupied Puerto Rico in 1898, it gained control of the insular economy and promoted an export-oriented sugar industry. This plan failed to sustain the island’s population, particularly during the Great Depression, leading U.S. officials, together with Puerto Rican officials, to develop a strategy to industrialize the island by attracting U.S. corporations through tax incentives and low wages. When this experiment failed to provide sufficient employment, officials looked to migration as a safety valve to siphon people off the island.

While the Puerto Rican government did not officially promote migration, it did facilitate the process. Belying its professed neutral stance, it created the Puerto Rico Migration Division with headquarters in New York and branch offices in Chicago, Cleveland, and other mainland cities. In fact, Puerto Rican officials throughout the U.S. East Coast and Midwest sought employment opportunities for migrants in agriculture, manufacturing, service industries, and on the railroads. U.S. Employment Service offices complemented these efforts by matching employers in search of cheap labor with willing and desperate workers.

Meanwhile, the Migration Division attempted to regulate and control migration flows by encouraging potential migrants to register with island labor offices, which sought to place them in jobs on the mainland. Officials initiated public education campaigns, informing potential migrants about the advantages of migrating through official channels, and with authorized labor contracts. They soon discovered, however, that inexorable economic need drove many unemployed workers to simply leave the island on their own without registering.

Puerto Rican officials sought to control migrant destinations to avoid saturated labor markets and negative attention from local public officials, as had occurred in New York City, where local officials decried the influx of Puerto Ricans and accused them of overburdening the public welfare system. To a certain extent officials succeeded in directing migrants to jobs in Cleveland, Chicago, New Jersey, and Michigan. Nonetheless, thousands migrated based on word-of-mouth information, as part of a family migration networks, and through circular migration routes that brought them back periodically to the island.

While some migrants were able to secure jobs in steel mills or on the railroads – and earned wages similar to those paid to U.S.-born workers – most found work in lower-skilled, often non-unionized jobs in the manufacturing and service industries. Wages often varied according to race.

In 1946 Puerto Rican social worker Carmen Isales conducted an informal study of Puerto Rican migrant women domestic workers in Chicago and determined that they were paid less than both white and African American domestics. To justify the racially-based wage differential, the employment agency that placed the Puerto Rican domestic workers in Chicago-area homes cited their “foreign” status and the higher wages they were earning on the mainland compared to what they could earn on the island.

Wages pivoted on perceived racial identity in other service jobs as well. Those who were light skinned and could pass as “white” more easily secured employment or higher pay. Beyond the workplace, landlords frequently discriminated against Puerto Ricans, refusing to rent to them if their skin was too dark; teachers often treated migrant children with disdain as well. In other words, open-border migrants did not escape the United States’ racial hierarchies.

Yet if the case of Puerto Rican migrant workers reveals how they were racialized as “foreigners” on the mainland, despite their citizenship status, the presence of Mexican workers, both temporary contract laborers and the undocumented, also had an impact on Puerto Rican wages. As scholars have noted, the contemporaneous Bracero Program contributed to increased rates of undocumented Mexican migration and effectively lowered wages for other domestic farmworkers throughout the United States because of the availability of lower-wage surplus labor. In many cases, employers preferred to hire the more tractable braceros, who were required by their contracts to (1) accept lower wages than those paid U.S. workers, (2) fulfill the terms of their employment or face deportation, and (3) return to Mexico after six months. Undocumented workers proved even more desirable, since they generally accepted still lower wages and could be disciplined by the threat of deportation at any moment.

Although Puerto Ricans were not subject to immigration laws, they were sometimes confused with Mexican immigrants and threatened with deportation when they complained about work conditions or simply refused to work.

Puerto Rican migration in the mid-20th century demonstrates that when workers are allowed to migrate without restriction and without being differentiated in the labor market as “deportable,” they do not necessarily bring down wages. Puerto Ricans commanded wages comparable to those of other U.S. workers, although they were most often relegated to the least skilled sectors. Their presence did not necessarily have a negative effect on local labor markets.

What open-border migration did not resolve, however, were wage distinctions based on race.

The Puerto Rican experience also reveals that many migrants prefer to participate in circular migration, traveling back and forth to their sending communities to be with loved ones, maintain social networks, avoid harsh winters, or invest in property and businesses back home. Indeed, the case of Mexican migrants during periods of laxer border enforcement proves this point: workers engage in seasonal migration when possible, sometimes even eschewing permanent settlement in the United States. Some Puerto Rican migrants did just that—ultimately returning to their native island to retire or live out their final years.

Puerto Rican migration is also a rare instance in which the United States recognized responsibility for the impact of its economic policies beyond the mainland and allowed, and even encouraged, migration. The U.S. accepted Puerto Rican labor migrants because of the island's status as a colonial possession rather than a sovereign nation-state, and because of the United States’ responsibility for the condition of its colonial subjects. Indeed, Puerto Rico’s current debt crisis is the most recent example of failed economic policies vis-á-vis a colonial possession. The island’s imminent economic collapse can be traced directly to underdeveloped labor markets and Wall Street’s predatory investment and lending practices.

Some observers have already begun to document the significant rise in Puerto Rican migration to the mainland in the past five years. This new wave of mass migration should not be surprising as the commonwealth government has unequivocally stated that it is unable to repay its debts, sustain public employee salaries, or meet pension and health care obligations.

What if the United States also acknowledged the impact of its economic interests in Mexico, Central America, and South America in dislocating local populations, propelling hundreds of thousands to leave their homes and seek work elsewhere? Indeed, the United States would have to create open-border policies for much of the world if it extended this logic to countries witnessing military conflicts, economic chaos, and social unrest brought on by, or exacerbated as a result of, U.S. involvement. This is unlikely to happen, of course, but advocates of open borders might consider what criteria would determine how this type of immigration policy is applied.

As some advocates have pointed out, the United States has had relatively open-border policies in the past, particularly in relation to European immigrants. While the country is unlikely to return to those days, it is crucial to consider one important fact: An open-border policy alone does not automatically address how U.S. employers and citizens receive and treat migrants. Although Puerto Ricans migrated freely, they experienced high levels of racial prejudice and discrimination on the mainland. Some employers refused to hire them, just as they did African Americans. Others, however, preferred them over Mexican nationals because of their U.S. citizenship or English language-skills. Even if an open-border policy eliminates the status of “illegality,” which makes migrants extremely vulnerable, the nation’s racial order shapes the perception and reception of migrants.

Regardles of their legal status, immigrants may still confront other hierarchies and forms of marginalization based on nationality, racial or religious background, or other categories. An open-border policy might lessen the severity of their labor exploitation, but if U.S. citizens who are marked as racially “other” (African Americans, Latinos, Arab Americans, and Muslims, among others) are denied equal citizenship rights, eliminating restrictive immigration quotas that stigmatize and assign precarious second-class status to “illegal aliens” is only a first step.

Viewing the seemingly distinct campaigns for immigrant rights and those for racial justice as interdependent and complementary struggles may prove the key to creating a more just and sustainable approach to migration policy.

Lilia Fernández teaches history at the Ohio State University. She is the author of Brown in the Windy City: Mexicans and Puerto Ricans in Postwar Chicago (University of Chicago Press, 2012).