Art Against Forgetting for the Missing 43

"I wander among ghosts:" A short story and accompanying video reflects on the disappearance of 43 Ayotzinapa students 17 months ago. 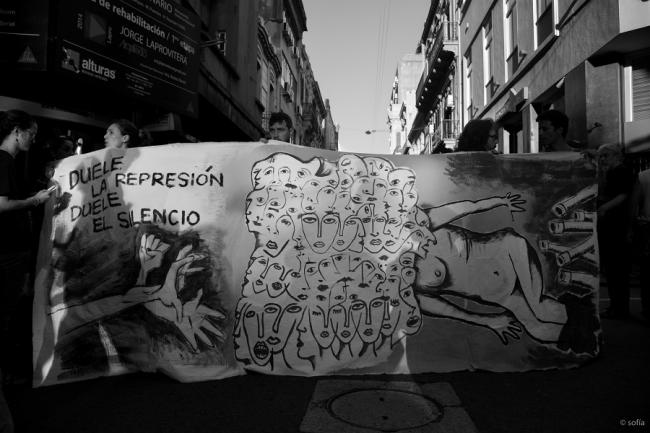 The disappearance of 43 students from Ayotzinapa teachers college 17 months ago today sparked a mass movement against impunity, disappearances, and state-sponsored violence in Mexico. Solidarity took on many forms, from massive protests to a traveling caravan led by the families of the disappeared to cross-movement activism. Mexicans have also responded to the tragedy through artistic expressions. The following video features a short story by writer Ericka Deyanira Ovando Becerril, read by Daniel Giménez Cacho, about the "amnesia" that has resulted from the collective reckoning with mass disappearances in Mexico. "On the day after my funeral," the story begins. "I discovered that I was dead."

The video was produced by MasterPeace Mexico, an international NGO that aims to promote peace and respect for human rights through artistic expression. In the summer of 2015, MasterPeace organized a contest that asked youth artists to submit original short stories, photography, and drawings in response to the disappearance of the 43. This year, the organization will hold another contest, along with a traveling exhibition across Mexico, with the aim of continuing to foster artistic memories and positive peace.

Republished from MasterPeace Mexico with permission.

This video was translated by Helen Hazelwood-Isaac, an assistant with NACLA and recent graduate from NYU's Gallatin School of Individualized Study.