A reflection on the ousters of presidents Manuel Zelaya, Fernando Lugo, and Dilma Rousseff—and the emergence of the “parliamentary” or “soft” coup as a new technique to thwart the consolidation of social and economic rights in the region. 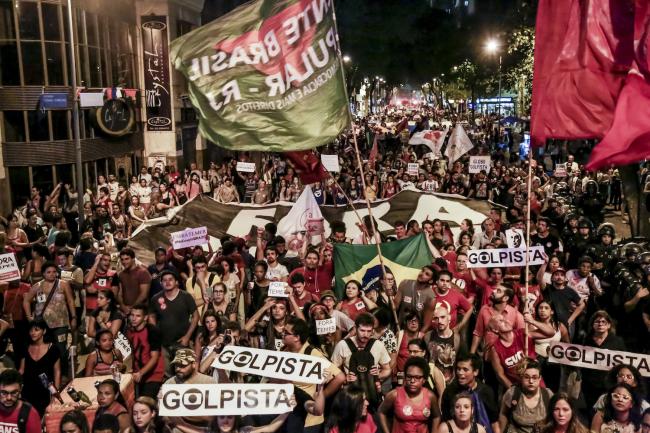 Tanks in the streets. Generals declaring victory over communism. Congress closed. Civil liberties suspended. For those of us whose knowledge of Latin America was shaped by the Cold War, these are probably a few of the images that come to mind when we hear the word “coup.” Perhaps we even think these are necessary conditions for a coup. But if they are, how are we to understand recent removals of democratically elected, center-left governments in Honduras, Paraguay, and now Brazil? In these cases, it was the civilian political class that plotted the president’s removal, and the role of the military ranged from secondary to non-existent. In all three countries, albeit to varying degrees, the opposition took care to cloak their removals of “troublesome” presidents in the appearance of legality, culminating in Brazil’s five-month impeachment process against Dilma Rousseff in 2016. In each case, Congress, rather than being closed as it frequently was during Cold War dictatorships, emerged with its influence strengthened. Old clientelistic political parties like the National Party in Honduras, the Colorados in Paraguay, and the Party of the Brazilian Democratic Movement (PMDB) regained and even increased control over national politics—control that, rightly or wrongly, they thought they might be in danger of losing if the Left remained in power. Can the word “coup” (or “golpe” in Spanish and Portuguese) be used to describe changes of governments that some observers argued followed their country’s constitutions? Does the term still work in the absence of an institutional rupture? In the end, what makes a “coup” a “coup”?

This NACLA Roundtable gathers an interdisciplinary panel of experts on Honduras, Paraguay, and Brazil to explore possible answers to these questions.