A NACLA syllabus on the current situation in Venezuela 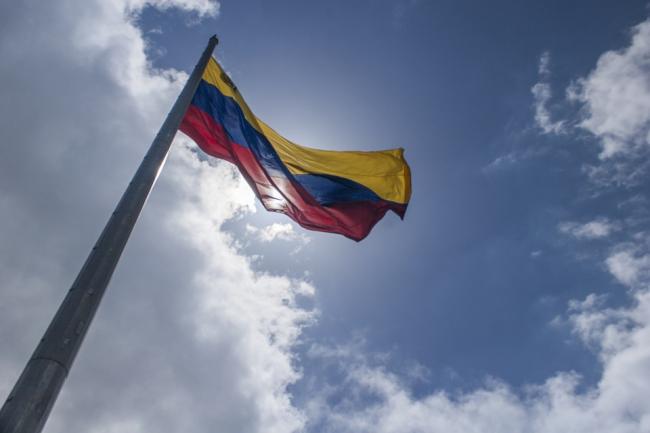 Ahead of Sunday's presidential elections in Venezuela, NACLA has put together a collection of our coverage over the past year on Venezuela. NACLA has been a leading voice in the debate over the legacies of Hugo Chávez's Bolivarian revolution, the nefarious influences of outside intervention, the country's crumbling economy, and illuminating the perspectives of the popular sectors in the country. It is a desperate situation that begs mutliple perspectives and analyses, and eschews easy solutions. Which way out?

Our authors here have provided key points in part of a crucial ongoing conversation about one of Latin America's socialist vanguards. These viewpoints can help lend understanding to the events at hand beyond distorted versions of the story promulgated by mainstream media.

Venezuelan President Nicolás Maduro will likely win Sunday’s elections—not due to fraud, but because of the opposition’s call for a boycott and continued support in Venezuela for the Chavista government.

Elections loom amidst economic crisis and the threat of political violence in Venezuela. What are the possible outcomes?

The Trump administration’s foreign policy toward Venezuela includes supporting a boycott of Sunday’s elections in Venezuela, hinting at the possibility of a coup, and enacting harmful economic sanctions, with consequences for democracy in the country beset by poverty and unrest.

As elections in Venezuela approach in May, major swaths of the opposition are boycotting, as the possibility of armed intervention by neighboring countries looms.

Early this year, a wave of looting and protest among popular sectors engulfed Venezuela. With elections looming, could such events lead to an uprising that would ultimately oust President Maduro—or have the opposite effect?

A critical assessment of the historical and current context of Venezuela’s crisis—what's next for the Left in Latin America?

Part 2 in our two-part discussion on the state of the Left in Latin America, presented at Left Forum by NACLA and Jacobin Magazine on June 2, 2017.

An interview with Alejandro Velasco on the role of popular sectors in the protests and demonstrations that have continued for more than 70 days in Venezuela, with mounting injuries and deaths occurring amidst a plurality of crises.

What Chavista theorist Heinz Dieterich can tell us about the current crisis in Venezuela – and what he misses.

Opposition violence and the government’s increasing authoritarianism are both to blame.

The State of the Venezuelan Opposition (Audio)

A conversation with NACLA contributor Julia Buxton on the Venezuelan opposition's ongoing inability to create a strong policy alternative to Chavismo under Maduro.

Stay posted for NACLA's upcoming coverage on the aftermath of the elections, and the ongoing struggle for justice and autonomy in Venezuela.