Cuba’s constitution should advance a more inclusive vision of the nation, one not bound by the island’s territorial limits. 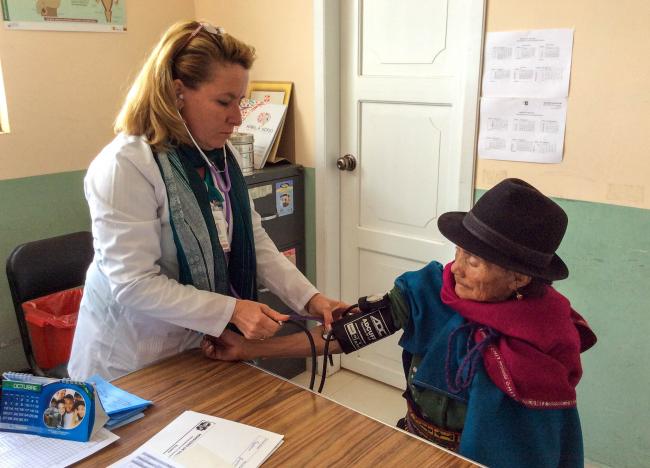 During his time as president, Raúl Castro announced a series of reforms.  One of these was to overhaul Cuba’s 1976 constitution, which was drafted at the height of Cuban socialism and has long been out of sync with the country’s post-Soviet reality. In July, Cuba’s National Assembly unveiled a proposed version for the new constitution. This draft will undergo a process of public debate throughout the fall and should be ratified in February 2019.

The constitutional reform has intensified debates on the island about rights, citizenship, and the new economy. This essay forms part of a running forum NACLA is hosting to offer a range of views on this crucial process at a critical moment in Cuban history. Click to read parts one, two, three, and four of the forum here.

In this essay Ahmed Correa Alvarez suggests that while the draft constitution shows some evolution away from Cold War-era understandings of migrants as a source of danger and political betrayal, the constitution could go farther in advancing an inclusive vision of migrants as part of the political collectivity.

Cuba is currently undergoing the most significant constitutional reform within the history of the revolution. Far from a partial modification of the current 1976 constitution, the approved draft represents a total reform. While certain high-profile changes have generated comment and controversy—such as same-sex marriage or term limits for politicians—the issue of migration has received much less focus. In fact, not one of the 224 articles in the draft mentions the word “migrants.” Despite this absence, the topic of Cuban migrants is subtly invoked in the new constitution. A close reading of the constitutional draft and the fact that Cubans abroad have been called upon to participate in the process of the reform reveal the ongoing tension and contradictions of the Cuban state in its relationship with Cuban migrants and its evolving understanding of national belonging.

While the draft of the constitution has expanded the current citizen’s rights and constitutional guarantees, it fails in promoting an inclusive vision of Cuban migrants as part of the Cuban political collectivity and in establishing rights that protect migrants as such.

One of the topics in which migration becomes evident is in the regulation of so-called “effective citizenship” in article 35. According to it, Cuban citizens will not be able to “make use” of foreign citizenship within the national territory. As a positive step, article 35 also ends the current prohibition of double citizenship, therefore legally formalizing a practice that has often been informally tolerated by the Cuban state. Yet, the proposed article 35 raises many questions. For example, will Cubans who have acquired Spanish citizenship -many of whom did so under Spanish Law No. 52 of 2007 known as the Law of Historical Memory- still be able to use their Spanish passports to leave national territory and enter countries like the United States?

For the moment it seems that the state is not interested in limiting the exercise of this “foreign right,” meaning Cubans with double citizenship could potentially exercise rights granted by another state. Yet, does this include all possible rights like electoral participation or receiving welfare assistance from another state? To exercise a citizenship implies exercising rights. The ways in which article 35 will limit the exercise of certain 'foreign rights' within Cuban territory remains an open question. The absence of clear rules about this in the draft constitution allows the subsequent introduction of discretional limits to the exercise of foreign rights—a risk that could affect not only those with Spanish citizenship but Cubans with citizenship from other countries as well.

These broader questions gesture to the way Article 35 delineates the subjects that belong to the political community while limiting suspicious loyalties. In this sense, it is crucial to consider citizenship as more than a mere legal concept, since every enunciation about citizenship presupposes a discussion of nationality and forms of belonging to a national community. In a historical scenario of contested sovereignty, questions about belonging and citizenship become a highly sensitive issue.

Replicating part of the current constitution, Article 33 in the draft constitution reveals the underlying logic regarding citizenship. While paragraph a establishes the cases of the so-called ius solis (right of land), paragraphs b, c, and d within the article permit citizenship for those born outside the national territory through the rule known as ius sanguini (right of blood). All cases under Article 33 apply to those who access citizenship by birth, and not by naturalization. Yet the text makes two distinctions: first, between those who were born abroad of Cuban parents on official duty and those whose Cuban parents are not on official duty. Parents under the latter case must satisfy “the formalities established by law”, a phrase that needs clarification considering the possibility of denying Cuban citizenship based on being born abroad that was established in Decree-Law 358/2017.

The core of the current Cuban migratory regulations is still embedded in Cold War logics, and some of them were created as reactions to the US Cuban Adjustment Act of 1966. Under the 2013 migratory reforms, Cubans residing outside the country for more than 24 months lose their citizenship rights—an extension of the previous temporal limits. These restrictions have led to a condition of apatride de facto, or de facto statelessness. However, this should not be understood literally as a stateless condition since many emigres keep their Cuban passport, which is a significative source of revenue for the Cuban state. Instead, Cuban migrants who exceeded the temporal limits to live abroad embody a condition better depicted by the category of rightlessness.

The new constitution could have advanced a more inclusive vision of transnational families. Instead, the distinctions embedded in Article 33 reveal underlying assumptions about one’s political loyalties and belongings, identifying who has the right to be called “Cuban.” Article 33 also shows that the lawmakers who drafted the text continue to believe that only those who maintain Cuban citizenship are truly Cuban.

The suspicion of outsiders harbored in the text reifies national insularity and limits the possibilities of interaction with the migrant population abroad. In many cases, Cuba’s migration policy has been limited to the signing of bilateral agreements for police collaboration, which reaffirms a conception of migration as a source of risks and illegality. Going beyond this logic would, for example, create conditions for solving problems for migrants, like accelerating migratory procedures, removing entry bans for those who abandon functions abroad, reducing of travel document costs, reducing chances of child apatride, repatriating corpses abroad, and other procedures that are arduous at best for Cuban migrants.

Excessive focus on the US context, where most Cuban migrants have obtained citizenship, has neglected the fact that many Cuban migrants have not attained citizenship in other countries. The threat of losing their citizenship of origin spurs many Cuban migrants to obtain legal status in their countries of destination, even if this status is temporary—as we have seen in countries like Ecuador, Colombia, or Italy. Moreover, Cuban official understandings of migration do not acknowledge the growing number of Cuban nationals who engage in temporary migration, circular migration, or re-migration (returning, then emigrating again to a third country).

Despite the silencing of the migratory condition within the constitution draft, the Cuban Ministry of Foreign Affairs (MINREX) announced that Cubans residing abroad would be able to participate in the popular consultation on the draft. MINREX’s Nation and Emigration website enabled a tool meant “to receive the opinions of Cubans living abroad.” Cuban migrants’ reactions have been mixed, from excitement about participating in the process to distrust and even fear of eventual retaliation for participating. But this decision undeniably represents an interesting turning point for the relationship of the Revolution with its migratory population. On one hand, it appears a continuation of the paradigm switch introduced by Raul Castro with the 2013 migratory reform, which moved away from viewing migrants as political traitor toward accepting the notion of economic migrants. This distinction, however, blurs the complex connections between political and economic Cuban conditions and their combined influence on Cubans’ migratory decisions. This decision may also reveal the growing importance of migrants’ economic contribution through remittances, which have gradually surpassed the income from traditional exports such as sugar, nickel, and tobacco, and may be more important to the country’s economy than profits from tourism and medicine.

On the other hand, the extra-constitutional decision of opening online channels of participation goes beyond that previous logic, since it represents a governmental form of recognition. The invitation implies acknowledging Cuban migrants as part of the political community of the revolution. Nonetheless, this recognition is contradictorily limited. Cubans abroad may be asked to weigh in, but they will not participate in the referendum for the enactment of the constitution. Voting rights in the draft are restricted for those that do “not comply with the requirements of permanence in the country” (vid. articles 92 and 200c).

Cuba must move towards an understanding in which human mobility represents neither a threat to sovereignty nor an act of national abandonment. In other words, we need to imagine a community beyond the territorial limits of the archipelago. The recognition of this reality demands a constitutional imagination that echoes a national idea of what Gastón Baquero used to call “any place in the plural geography of Cuba.” Only an ahistorical vision of the Cuban nation can deny that reality. The constitution must also respond to a global scenario where the ratification of walls and borders, and growing expressions of xenophobia, have become the universal language of extreme right sectors. While it is true that the U.S. has challenged Cuban self-determination, it is also important to understand that it is not possible to promote a more democratic society while excluding a significant part of the Cuban nation.

Ahmed Correa Alvarez is a Cuban lawyer and sociologist and author of Del Caribe a la Mitad del Mundo: Migración cubana en Ecuador (2014). He is also a Ph.D. Student at the University of California, Merced.