Tales of Terror on the Triple Frontier

The Paraguay-Argentina-Brazil border region has long been home to immigrants from Lebanon, Palestine, and Syria. In recent decades, Brazil has come to see these Muslim communities as a singular terrorist threat, with the help of U.S. empire. 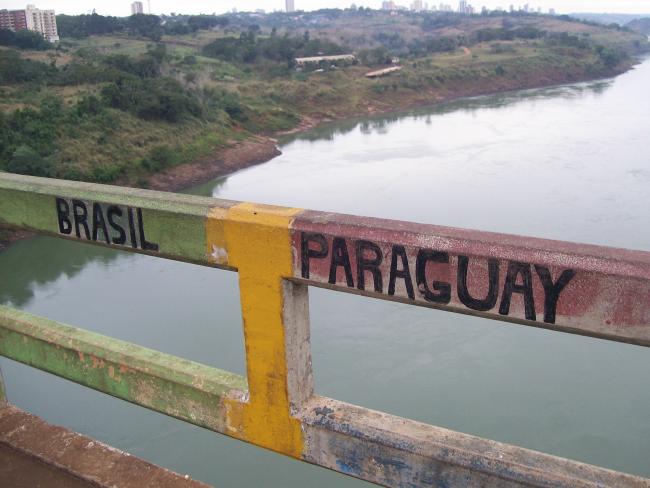 On September 6, 2018, during the Brazilian presidential campaign, Jair Bolsonaro, who would soon be elected president of Brazil, was stabbed on the street during a campaign stop in the state of Minas Gerais. Brazilian police were quick to note that an individual with mental problems who had acted alone carried out the attack. But some of Bolsonaro’s disciples quickly discredited this version of events. In their retelling, Hezbollah, in conjunction with leftist political parties and criminal groups, had supposedly planned and executed the act. Although this relationship sounded strange to academics and experts in general, important figures in the country’s political establishment contributed to this narrative, including Onyx Lorenzoni, Bolsonaro’s Chief of Staff, and Joice Hasselmann, a popular congresswoman. The conservative news website The Antagonist was more detailed: its commentators alleged that the attack was plotted from the Triple Frontier region, the border between Brazil, Argentina and Paraguay, an area often described as permeated with terrorist groups. In a September 2018 post, the website claimed, quoting O Globo, that “Agents of Mossad, Israel’s intelligence service, were recently in Argentina to warn local authorities that Hezbollah members would make their victims in South America from the Triple Border: the targets would be Mauricio Macri and Jair Bolsonaro.” The reference to this region is not an anomaly, but is part of a decades-long process of constructing transnational threats as emanating from the border region.

This article seeks to analyze why and how the Triple Frontier region between Argentina, Brazil, and Paraguay has been construed as a terrorist threat where groups such as Hezbollah, Hamas, and the Islamic State (ISIS) have bases, speaking to a number of essential political dynamics in the region. This narrative has implications for refugee and migration policies, the fight against terrorism, and joint processes of transnational securitization between the United States and countries in the Global South, as Paul Amar has written. The construction of a terrorist threat in the region, however, goes much further back. Exploring its history affords us a greater understanding of the nexus of organized crime and terrorism in the region.

The presence of Muslims in Brazil dates back to the country’s colonization by Portugal beginning in 1500. The Muslim population grew in the 1920s after the collapse of the Ottoman Empire, with groups relatively concentrated in the southeastern region of the country. In southern Brazil, the largest percentage of Muslims live in Foz do Iguaçu, in the state of Paraná. The Muslims residing here, who primarily identify as Shi’a, are descendants of Syrian, Lebanese, and Palestinian people. Foz do Iguaçu is part of a border region historically marked by large circulations of people and goods [you can read more about the commercial history of this region in Fernando Rabossi’s article in this issue]. As the name suggests, the Triple Frontier encompasses three cities: the aforementioned Foz do Iguaçu on the Brazilian side, Ciudad del Este on the Paraguayan side, and Puerto de Iguazú on the Argentinian side. These cities are largely connected by highways and have been historically known for drug and human trafficking and the circulation of contraband.

Connections between Muslim groups in the region and terrorism only galvanized after 2001, in the wake of the September 11 attacks in the United States. In a report from that year, the United States State Department pointed to the Triple Frontier as a financial sanctuary for Hezbollah and Hamas. They alleged the presence of these groups precisely because a Muslim community lived there, conflating the practice of Islam with the presence of terrorism. The report asserted that, by maintaining ties with their countries of origin, these groups served as channels for money laundering. The Brazilian government and State Department cables alike have regularly described the Triple Frontier as a “non-governed” area and a “zone of non-sovereignty,” thereby requiring immediate action to contain threats, according to research by Thomaz Costa and Gastón Schulmeister. 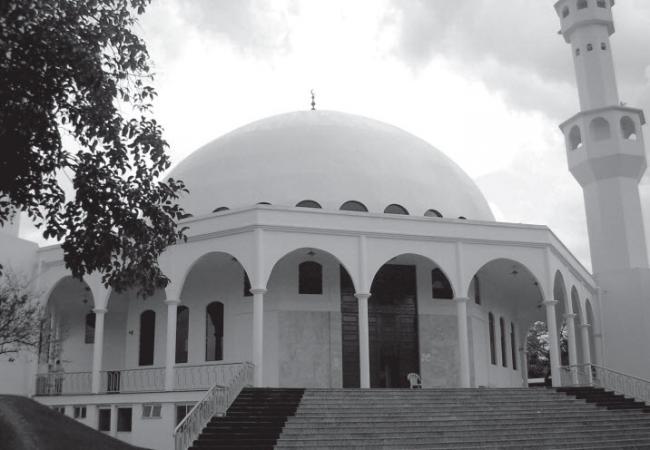 However, the United States and Brazil have construed these supposed threats in diverging ways. While the U.S. correlated the presence of Syrians, Lebanese, and Palestinians with groups considered terrorist organizations, Brazil denied the presence of terrorists in the region, and argued that Hezbollah, a Lebanese political party, should not even fall under that category.Of course, the United States continued to pressure Brazil to take a more active stance in the region. In 2003, then-U.S. president George W. Bush requested that then- president of Brazil, Luiz Inácio Lula da Silva send troops to Iraq and increase its control of the Triple Frontier. Lula declined to send troops to the Middle East, stating that “Brazil’s war is against hunger.”

The question of how to define terrorist groups in Brazil was up for debate : in its 1988 constitution, post-military dictatorship Brazil never specifically defined terrorism and did not have an Anti-Terror Law, though constitutional articles did condemn terrorism. This was due to the association between the dictatorship’s justification of “terrorism” to persecute people who opposed the regime, leading to constant human rights violations, an association newly-democratic Brazil sought to avoid.

In the early 2000s, Brazil had other reasons for not wanting to respond to the United States’ pressure around the Triple Frontier issue. Within the framework of its South-South foreign policy, the Lula government (2003-2011) had begun to strengthen its ties with Middle Eastern countries. Securitizing the Triple Frontier region could jeopardize these relationships. The Brazilian population, like the press, did not spread the idea that the Muslim community in Brazil could have terrorist groups within it. In fact, this period was marked by a growing global interest in Arab and Muslim communities in Brazil, including favorable depictions in famous telenovelas, as Claudia Ferreira’s research shows. According to the Federação das Associações Muçulmanas do Brasil (Federation of Muslim Associations in Brazil), between 2001 and 2011, there was an increase in the number of Brazilians converting to Islam, as well as of migrants arriving from the region.

This situation would quickly change, however, when Brazil was selected to host the FIFA World Cup and the Summer Olympics. Pressure came from countries in the Global North that would send athletes to Brazil—mainly the U.S., Israel, and France—as well as from the events’ organizing bodies to pass legislation to classify terrorism. The pressure from the International Olympic Committee was particularly assertive. In fact, a number of Brazilian Members of Congress received extra-official statements warning them that Brazil could become a hotspot for money laundering for terrorist groups if effective policy measures weren’t taken, according to El País. The pressure worked: in 2016, then-president Dilma Rousseff passed the Brazilian Anti-Terror Law, which included language that emphasized that social movements could not be considered under this classification, an effort to avoid the abuses of the past. This did not stop policy-level criticisms and concerns over the vagueness of the law, as Luiz Flávio Gomes and Débora de Souza have written.

As conversations around terrorism and national territory reemerged, the new law generated larger political consequences for the Triple Frontier. After warnings about the possibility of attacks during these mega-events, the Brazilian population was on the defensive. Moreover, Europe had recently been targeted by ISIS members residing in the countries where the attacks took place. This rose a specter of fear that something similar could happen in Brazil. Conservative media outlets set the tone for these discussions. Two weeks before the start of the 2016 summer Olympic games in Rio de Janeiro, the newspaper Estado de São Paulo warned that Brazi could be at risk for terrorist attacks from within the country. “Lone wolves generally come from the countries where attacks occur,” said researcher Paulo Velasco, who is quoted in the article. The piece went on to state that in Brazil, most of the Muslim community is located in the south of the country, implying that people from that community constituted terrorist threats.