The government of Argentina may be just weeks away from a major debt default. Its years-long gamble on fracking is not the solution. 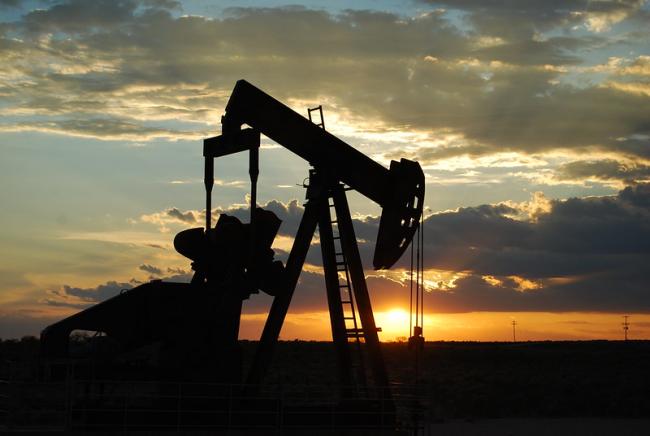 On April 17, the Argentine government made an offer to creditors that would save the country $40 billion by cutting interest payments and extending maturities on outstanding debt. Investors rejected the offer. The government told the U.S. Securities and Exchange Commission that absent some sort of debt exchange agreement with creditors, the country faces “a significant risk of default.”

On April 22, the government skipped a $500 million bond payment, kicking off a 30-day grace period ahead of a potential default.

Heading into 2020, maturing debt was always going to be a colossal challenge for the new government of President Alberto Fernández. The massive debt in question comes after the International Monetary Fund (IMF) agreed in 2018 to lend Argentina $57 billion—the largest bailout program in the Fund’s history—and the country’s financial turmoil in 2019, which precipitated a sharp currency depreciation.

The IMF itself said earlier this year that the debt profile was unsustainable and that “a meaningful contribution from private creditors” would be required, meaning that investors would have to agree to a haircut in some form.

“In order to grow, Argentina needs to relieve itself of this suffocating debt,” Economy Minister Martin Guzman said in February.

That was all before the COVID-19 pandemic and the ensuing global economic upheaval.

The Argentine economy has struggled for several years. While there are numerous reasons for this predicament, one of the strategies for growth from multiple administrations has been a major bet on fracking for oil and gas—a plan that has done little to revive the economy.

Argentina sits on some of the largest unconventional oil and gas reserves in the world, most notably in the Vaca Muerta shale formation in Neuquén province. Beginning with former president Cristina Fernández de Kirchner, extending through the presidency of Mauricio Macri, and right up through the current presidency of Alberto Fernández, the Argentine government views fracking as a key source of economic growth. In Buenos Aires, fracking is seen as solving multiple problems at once: creating jobs, resolving an energy trade deficit, and crucially, providing a source of hard currency. By exporting hydrocarbons, Argentina can bring in dollars needed to stabilize the currency and pay back debt.

But even as the hype soared, years passed with little action. In response, the Argentine government began subsidizing the industry. For instance, beginning in 2018, the government fixed prices earned by gas producers at $7.50 per MMBtu from the Vaca Muerta, paying the difference between the market price and $7.50. With natural gas prices in the United States trading at between $2 and $4/MMBtu, that meant that drillers received double and triple prevailing market prices from abroad, at a heavy cost to the public.

In 2018, the state spent $340 million on gas subsidies, equivalent to the annual salaries for 35,000 primary school teachers, according to Fundación Ambiente y Recursos Naturales (FARN), a Buenos-Aires based NGO.

In some cases, the payments to companies were especially egregious, often accounting for the bulk of the money the private companies spent themselves. For instance, Pan American Energy, a company partially owned by BP, invested roughly $1.39 billion in Vaca Muerta oil and gas between 2016 and 2018, but received subsidies totaling $1.19 billion. In other words, the state covered 86 percent of Pan American’s investment.

In total, the government lavished $3.6 billion on subsidies for oil and gas drilling in Vaca Muerta between 2016 and 2018, according to FARN.

The subsidies tapered with each passing year, but the dollar-based prices meant that the pressure on the budget remained high because of the depreciating peso. Furthermore, falling international gas prices magnified the difference between the market price and what the government promised to pay drillers. As a result, the value of subsidies to fracked gas paid by the state rose over 500 percent in 2019.

The plan largely failed. Fracked gas and oil production did increase in 2019, but the increase will only be temporary. Argentina still has to compete in an international market. High costs, lack of infrastructure, macroeconomic instability, and the struggle to attract foreign investment has plagued the Vaca Muerta for years. Argentina’s peso turmoil late last year and the freezing of fuel prices caused drilling to slow down. At the start of 2020, the government fell behind on payments to companies, seemingly no longer able to afford the payouts. The outlook was beginning to darken.

That was before the pandemic and the collapse of global commodity markets. Now, Argentina’s fracking goals are tatters. In April, fracking activity came to a complete standstill.

The Viability of Vaca Muerta

The fracking fallout goes beyond unsound fiscal policies. Most importantly, the expansion of drilling has violated the rights of Indigenous peoples and fuels the climate crisis.

But even on economic terms, the fracking project is failing. As a decade of debt-fueled drilling in the United States demonstrated, fracking has not been profitable even in the best of times. Shale wells deplete rapidly, requiring constant investment in new drilling. The financial treadmill is relentless, requiring a steady stream of capital from Wall Street.

The pandemic and the collapse of oil markets have finally burst the fracking bubble, and a reckoning is now underway. Argentina’s industry won’t be spared. In early April, the partially state-owned oil company, YPF, said that it curtailed production at Loma Campana oil field, the project viewed as the flagship oil field for the Vaca Muerta shale. YPF cut output by 50 percent because of collapsing demand and lack of storage for its oil.

Neuquén’s Governor Omar Gutiérrez says that drilling in Vaca Muerta is not “paralyzed,” but just on “standby.” That may prove to be overly optimistic.

“The reality is that Vaca Muerta is not viable today and so it should be urgently re-evaluated as an energy project in Argentina,” Jorge Lapeña, former Argentine energy minister, wrote in an op-ed on April 20.

President Fernández has charted a different course than his neoliberal predecessor. He has received high marks thus far for his response to the coronavirus pandemic, including emergency payments to low-income people, a suspension of evictions, and other measures aimed at protecting economic security for the Argentine population.

However, the country has not given up hope on fracking. The oil industry and its allies, including the provincial governors from oil-producing regions, are pressing the national government to arrange a fixed oil price at $45 per barrel. President Fernández’s government appears willing support the measure, which will essentially require the state and the general population to subsidize fracking. International oil prices recently fell below $20 per barrel, so the fixed $45-per-barrel price will amount to a bail out for the oil industry.

The fate of the Vaca Muerta will take a backseat in the coming weeks as the debt negotiations reach a climax and the government scrambles to shield the public from overlapping debt, public health, and economic crises.

But the multi-year failed bet on fracking should not be forgotten. When reviewing its bailout program in 2018, the IMF concluded that Argentina’s debt appeared sustainable—a conclusion at least partially based on the assumption that oil and gas exports would increase. However, the public largesse showered on the oil industry has wasted precious government resources, failed to revive the economy, and has not even functioned to sustain the oil industry itself.

“The Vaca Muerta project is dead in the water,” Lapeña told local press in late April.

Nick Cunningham is an independent journalist covering the oil and gas industry, climate change and international politics. He has been featured in Oilprice.com, DeSmog, The Fuse, YaleE360 and The Real News Network.