A wave of the coronavirus hitting Costa Rica’s agriculture and construction industries—both heavily reliant on migrant labor—has sparked an uptick in xenophobia against Nicaraguan migrants. 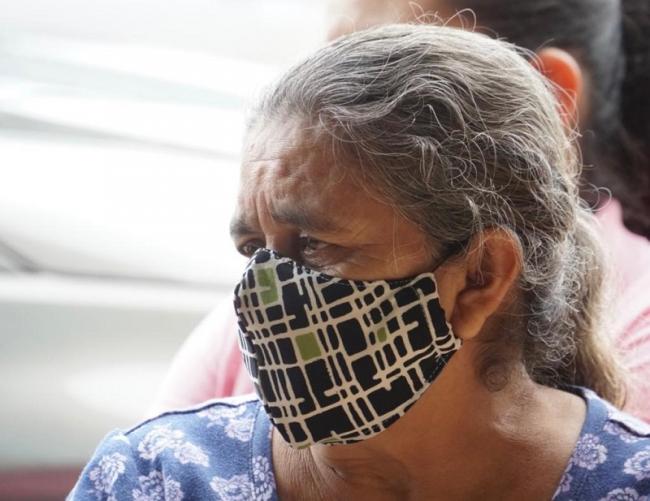 Nicaraguan migrants are facing heightened discrimination in Costa Rica after a spike in Covid-19 infections among workers at agricultural facilities near the northern border. Although authorities suspended several plants for disregarding health regulations, different sectors of Costa Rican society have instead pointed the blame at irregular migrants.

Last month, the Ministry of Public Security sent a team to agricultural areas near the country’s northern border to manage the pandemic response. On June 17, authorities reported that 21 workers at the Piñas de Exportación Mundial plant in Los Chiles tested positive for the coronavirus, accounting for more than a quarter of the country’s newly recorded cases that day. A rising number of cases at the company’s plants in San Ramon and San Carlos caused similar concerns, prompting authorities to suspend the company for one month.

As Latin America became a coronavirus hotspot, Costa Rica attracted praise as a success story in fighting Covid-19. However, as the country entered its third phase of reopening, a second wave hit. This time, coronavirus infections were first associated with agricultural and construction sectors, which both employ large numbers of migrant laborers, particularly Nicaraguans. As the pandemic epicenter shifted to the Great Metropolitan Area surrounding the capital city, informal housing residents, who are mostly migrants, became increasingly scrutinized by authorities as possible sources of contagion. Police closed some of the properties with fences and kept residents from stepping outside. The situation—together with scapegoating media coverage—has sparked xenophobia against these migrants, compounding their historical marginalization.

Adilia Solís, director at the San José-based Center for Social Migrant Rights (Cenderos), believes that the media’s disproportionate attention during the pandemic on the recent influx of Nicaraguan migrants, as well as images of Vice President Epsy Campbell at the border, have fueled the narrative of Nicaragua being a main source of contagion.

According to Koen Voorend, a researcher at the University of Costa Rica’s Institute for Social Research, media coverage has glazed over important context. “There is little attention in the media to factors that make contagions more probable in these areas, especially in industries in which the workspace doesn’t allow for much distance,” he said. “The media has not helped paint a more balanced perspective.”

Nicaraguans constitute about 75 percent of Costa Rica’s migrant population, and due to historic border disputes and ethnic and class differences, they have long faced substantial xenophobia and discrimination from locals. The Nicaraguan government’s lack of response to the pandemic, paired with an increase in migration to Costa Rica in the last two years, is now exacerbating anti-immigrant sentiments. Around 77,000 Nicaraguan asylum seekers have arrived to Costa Rica since the protests against the Ortega government in 2018.

Surveillance and Intimidation on the Frontier

In early April, Costa Rica’s police department started using drones to monitor the more than 300 kilometer-long frontier with Nicaragua. This technology is meant to monitor blind spots and feed information to an ad hoc base in Los Chiles to mobilize aerial patrol units and coast guards—a system specifically created to control irregular migration during the pandemic. Justifying the use of drones, security minister Michael Soto claimed an important percentage of Covid-19 cases during this new wave are of Nicaraguan origin. Upwards of 15,000 Nicaraguan migrants have been detained at the border since the start of the pandemic.

At the same time, Costa Rican neighborhood watch groups in frontier zones have collaborated with authorities in persecuting Nicaraguans. Praising these efforts as essential, the widely-read newspaper La Nación reported, “Authorities have guarded the border with large numbers of police, some planes and drones, but they have also had a key resource that has helped them stealthily during this pandemic: neighborhood surveillance.”

Operating through WhatsApp groups, these neighborhood groups have notified authorities upon spotting people or vehicles they deem suspicious. In doing so, they effectively became tools to extend state surveillance by taking on the responsibility of examining frontier blind spots and revealing practices that undocumented migrants use to enter the country. Evaristo Arce, a member of one of these neighborhood associations in San Carlos, said that he is aware of more than 100 local residents involved in these efforts in the border province of Alajuela. In late March, one of these tips resulted in Costa Rica’s Fuerza Pública, which polices the borders, intercepting 46 undocumented Nicaraguans in Los Chiles, a border town in Alajuela.

There are also reports of similar watch groups organizing in nearby Upala, another border town in Alajuela. For Solís, whose organization Cenderos has offices in Upala, these practices damage society’s social fabric: “Upala has always been a community in peace because there are family, cultural, economic, and environmental ties. But these ties are being broken.”

Beatriz Madrigal, a Nicaraguan who came to Costa Rica more than 20 years ago, now provides services for migrant women fleeing violence in Upala. She said she has seen cases illustrating the consequences of these surveillance tactics. For example, one documented asylum applicant was forced out of his home and deported after neighbors notified authorities of his allegedly suspicious behavior. While Madrigal is unaware of the veracity of the accusations against the asylum seeker, she claims authorities did not take the necessary steps to verify them, separating the man from his daughters, who remain in Costa Rica.

Nicaraguan asylum applicants are in a particularly vulnerable situation during Covid-19. Job losses have translated into more overcrowded conditions and homelessness. “Many migrants call us and say they have been in the streets for several days. There is a hunger crisis too,” said Carlos Felipe Huezo, director of SOS Nicaragua, an organization formed by the diaspora in Costa Rica that supports Nicaraguans fleeing violence.

Although xenophobia against Nicaraguans has increased during the crisis, these instances of persecution are only the latest reverberations of a long history of discrimination. In December, before the pandemic, Madrigal received threats from neighbors for allegedly harboring Nicaraguan refugees in her home. Late one night, rocks were thrown at her house, she said. 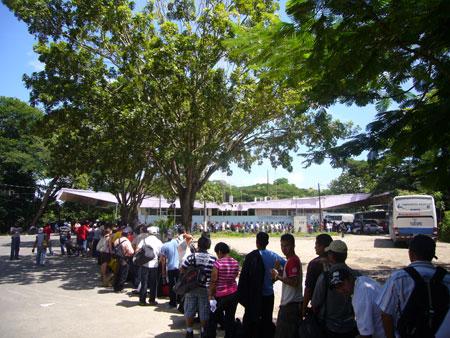 “During the pandemic, authorities have raided migrant women’s homes here in Upala. In April and May there were raids and persecutions,” Madrigal added. She is terrified neighbors may begin to threaten to kick her out of the country for helping Nicaraguans as anti-migrant sentiments escalate.

Corroborating Madrigal’s anecdotes, the Center for Justice and International Law (CEJIL) called for an investigation into the recent reports of threats and intimidation against Nicaraguan refugee families, including children, in Upala. In late April, around 35 members from different governmental branches raided a farm where asylum applicants lived and worked. According to witness statements, “heavily armed” authorities entered the farm, refused to identify themselves, and evicted the inhabitants, most of whom were sleeping.

While these incidents have been reported in border towns specifically, Solís of Cenderos identified a similar surveillance dynamic rooted in anti-Nicaraguan sentiments in province of San José, home to the capital city. On June 23, a passerby called municipal authorities to file a complaint against Cenderos personnel who were delivering food kits to Nicaraguans from the Atlantic Coast, mostly consisting of Miskitos and Black Nicaraguans. While there were no consequences for Cenderos, the incident left Solís feeling the organization’s activities are under heightened scrutiny.

Constructing the Nicaraguan “Other”

The framing of Nicaraguans as a biological threat is intrinsically linked to Costa Rica’s national understanding of its historical identity. Costa Rica’s dominant cultural narrative portrays its society as a white, stable democracy, with a prosperous middle-class amid a sea of “conflict-ridden” and “darker” nations.

For Voorend, this idea of Costa Rican exceptionalism is fundamentally connected to its public healthcare and school systems. These are sectors that came under the pressure of austerity measures and conditional international aid in the 1980s, when the country experienced its worst economic crisis. The crumbling of these social systems coincided with the Contra War in Nicaragua and the consequent migration of Nicaraguans to Costa Rica. Rather than questioning the structural reforms, many people in Costa Rica tend to associate the deterioration of their social safety nets with this migration.

In his 2002 book Threatening Others, migration expert Carlos Sandoval argues that the decline and deterioration of public services that were key to a Costa Rican sense of belonging and identity manifested itself in the racialization and stigmatization of Nicaraguans.

Mirroring the scapegoating of immigrants in the United States and other countries, such xenophobic sentiments flare when Costa Ricans experience hardship. According to Voorend, this was the case during the 2008 financial crisis when Costa Ricans blamed Nicaraguans for stealing jobs. In 2011, a similar dynamic emerged when the Costa Rican social security institute entered a financial crisis that remains unresolved. “Now there is another fantastic example where there is a public health crisis and people are angry,” Voorend said. “You have the same discourse coming up again but just wrapped in a different package.”

This exceptionalism frames problems as always originating from outside actors. In the current context of the pandemic, this narrative blames the alleged “importation” of Covid-19 from Nicaraguans who, unlike Costa Ricans, have not been capable of controlling their health crisis. When these contagion clusters started appearing near the border, the “us” versus “them” mentality came back with force. This was only exacerbated by the systematic circulation of fake news through social media suggesting that sick Nicaraguans are being sent to Costa Rica.

How Costa Rica Relies on the “Other”

Paradoxically, pressure from the agricultural sector, coupled with Costa Ricans’ disinterest in agricultural jobs, led to the government regularizing some migrants. The mechanism enables migrant laborers with roots in Costa Rica who arrived between January 2016 and January 2020 to secure legal immigration status.

Labor shortages due to border closures just before the start of harvest season have highlighted Costa Rica’s dependence on foreign labor. Research has consistently found that Nicaraguans work longer hours and are paid almost half of what Costa Ricans earn for similar work. More than 60 percent of agricultural workers are foreign, and most are Nicaraguan. As Solís put it: “Through exploited migrant labor, Costa Rica is able to position itself in the world market.”

The pandemic has laid bare Costa Rica’s xenophobic attitudes and its economic dependence on exploited migrant workers. The stigmatization of Nicaraguans as carriers of the virus may translate into further socioeconomic exclusion for a community that has already faced historical marginalization.