Once-hopeful experiments in local democracy have largely succumbed to the crushing crisis gripping Venezuela. What can we learn from their demise? 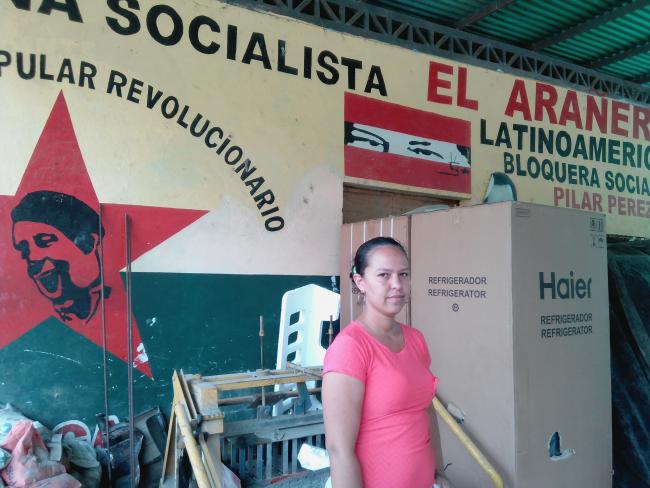 Efforts towards so-called participatory democracy, deepening of democracy, or participation to include those excluded locally or even nationally have been a key element in the discourse of progressive governments in Brazil, Uruguay, Ecuador, Bolivia, and Venezuela, among others. However, the notion that local participation practices enrich representation, and there are multiple successful examples, is not unique to progressive governments. What is novel is the attempt to spread from the local level to the national, as Hugo Chávez proposed to do with 21st century socialism.

The Venezuelan experience, perhaps the most relevant of the progressive governments, had limited reach due to constitutional ambiguity around the relationship between representative and participatory democracy. In its conflicts with the opposition, the government maintained that the first should be subordinated to the second. Another reason was the lack of consensus in praxis within the Chavista project around different participation approaches at the local and national level. The approach to participation at the local-municipal level—which we call Gramscian—involves compatibility between representative and participatory democracy. Meanwhile, the national level favored an orthodox Leninist approach that proposes the leading participation of “the people” at the national level as a substitute for local and regional representative democracy. This duality in approaches, which the government interpreted as necessary and consecutive stages to achieve 21st century socialism, set off a chain of multiple conflicts that, together with other factors, made the project inviable.

From Decentralization to Participatory Budgeting

In 1989, as a response to civil society demands for greater participation, the government of Carlos Andrés Pérez of the Democratic Action party passed local and national decentralization laws. The laws also aimed to neutralize serious conflicts, like the February 1989 Caracazo protests against a series of neoliberal economic measures decreed by President Pérez, which paved the way for the 1992 coup attempt led by Hugo Chávez.

As a result of decentralization and following the groundbreaking experiences of Porto Alegre and Montevideo, some local governments implemented participatory budgets and other participatory ways of managing public resources a decade before Hugo Chávez came to power. This happened in left-leaning municipalities such as Ciudad Guayana and Caracas, as well as in others that were not leftist, such as Chacao and Petare.

Even though the first attempts at participatory budgeting came from leftist local governments, participatory budgeting does not have ideological origins. It was the product of decentralization policies the Inter-American Development Bank (IDB) promoted in Latin America. These policies took hold in the 1980s after a depleted economic development model and a crisis of political legitimacy drove the region into economic and financial crisis.

In Venezuela, decentralization stimulated new forms of articulation between the state and civil society, confining the resolution of certain conflicts affecting general governance to the local sphere. For example, participatory budgeting was a tool of participatory control in the Caracas Metropolitan Area’s Chacao municipality—one of the richest areas in the country—under the government of Mayor Irene Sáenz (1993-1998), who won the local elections with support from a coalition of traditional parties. Other municipalities of the Caracas Metropolitan Area also implemented participatory budgeting, such as Sucre. The reach in these cases was limited, because only a very small percentage of the local budget was distributed through participatory mechanisms.

In contrast, leftist governments such as in the Caroní municipality of Guayana City under mayor Clemente Scotto (1993-1998) and in Caracas under Aristóbulo Istúriz (1993-1995)—both members at that point of the Radical Cause party—managed to involve the population beyond the budget. Participatory processes included monitoring government management, recovering neighborhoods’ history and their inhabitants’ identities, and defining socio-territorial communities and creating socio-spatial maps delineating them. Nonetheless, just as happened with the participatory budgeting in non-progressive local governments, these local governments’ notion of participation and ability to transfer power and resources faced limits due to both the 1989-1990 decentralizing laws in which they were based and the eminently representative character of the 1961 Constitution.

With Hugo Chávez in power, the discourse of local management emphasized participatory and protagonist democracy at all levels, institutionalized in an extensive network of bodies, including Local Public Planning Councils and communal councils at a microlocal and local level, and communes at a supralocal level.

The Local Public Planning Councils (CLPP), enshrined in the 1999 Bolivarian Constitution and regulated in 2002 legislation, marked one of the first mechanisms of decentralization for citizen participation in the municipal sphere. Proponents considered them a tool that would speed up participatory planning and promote decentralization at a local level. In addition to participatory mechanisms, they incorporate the principle that civil society shares a responsibility in local governance and in mixed forms of participation where the mayor, councilors, assemblies, and civil society organizations all interact. Despite the CLPPs great potential to include civil society, to foster a socio-political plurality, and to smoothly combine representative and participatory democracy, they had a short lifespan because mayors and councilors rejected them. Furthermore, the CLPPs became redundant when Chávez proposed and institutionalized communal councils in 2006, because their functions overlapped.

As with the CLPP, the communal councils have a constitutional basis and originally were part of the CLPP. The communal councils multiplied across the country and became the most important participatory body for local management. Initially, they were associated with decentralization and defined as spaces for participatory planning and resource management aimed at improving local surroundings. They took hold in both working-class and middle-class neighborhoods, where residents had a say and could participate, along with other social organizations, in budget planning and municipal management. Like other progressive Latin American examples such as Porto Alegre or Montevideo, communal councils involved a Gramscian conception of participation, as representative democracy—councilors or political party representatives voted into office—ultimately held the last word.

As a result of their institutionalization in 2006, the communal councils separated from the CLPPs and linked directly to the Comisión Nacional Presidencial del Poder Popular, in charge of stimulating participation among organized communities. This distanced them from the decentralized model of public management. A new 2009 law replacing the 2006 law defined communal councils as leading actors in governing and improving their surroundings, and also as instruments to build popular power and a socialist model. As a result of this change and the socialist definition, from 2009 onward, the communal councils tended to standardize ideologically in favor of Chávez while excluding opponents. In contrast to the experiences of Porto Alegre, Medellín, and other places that practiced greater pluralism, our research shows that communal councils monopolized the plurality represented in preexisting social organizations and integrated them in a subordinate fashion.

María Pilar García-Guadilla is a professor at the Universidad Simón Bolívar in Venezuela and founder and activist of environmental and feminist movements. Her last book (co-authored with Anna L. Mallen) is Venezuela’s Polarized Politics: The Paradox of Direct Democracy under Chávez (First Forum Press-Lynne Rienner, 2017).

Carlos G. Torrealba M. has completed a Bachelor’s degree in philosophy at the Universidad Central de Venezuela, a Master’s in political sociology at the Intituto de Investigaciones Dr. José María Luis Mora in Mexico, and a doctorate in social sciences research at FLACSO México.