Nicaragua’s Elections Are a Referendum on Social Investment Policies

Viewpoint: Nicaragua’s upcoming presidential elections have been criticized as a farce. But for many Nicaraguans, they represent a huge choice. 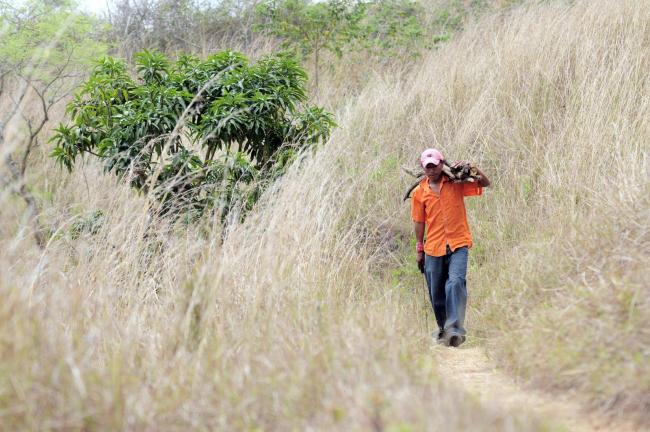 U.S. Secretary of State Antony Blinken recently accused Nicaraguan President Daniel Ortega of planning a “sham” election on November 7 and aiming to create an “authoritarian dynasty” after arrests of opposition figures ahead of the vote. Also referring to the arrests, the European Union foreign policy chief Josep Borrell branded Ortega a "dictator" and called the elections "fake." Both ignored the fact that the ballot has multiple choices, including candidates from two opposition parties that formed governments between 1990 and 2007 and still have significant support.

In Nicaragua, it is likely that Sunday’s election will be decided not by reactions to the arrests, but by people’s views on whether the government has delivered economic improvements, better services such as health and education, and restored public safety after the 2018 protests. In a recent opinion poll that asked Nicaraguans what they consider most important in a democracy, 30.7 percent chose “elections and periodic changes of government,” while 65.3 percent opted for “real opportunities to improve their quality of life.”

But this is not the way the elections are viewed by many in sectors of the progressive Left in the United States and in Europe. In July, an open letter signed by about 500 former U.S. “solidarity workers” claimed that the Nicaraguan government “in no way represents the values, principles and goals of the Sandinista revolution we once admired.” Another letter signed by hundreds of academics called on the government to end “repression” and allow “free and fair elections.” William Robinson, who signed the second letter, has asked "Is the Ortega-Murillo Government Leftist?" He claims that it isn’t, and that it has followed the neoliberal model it inherited when it returned to power in 2007. “It is hard to see,” he says, “what if anything would qualify the regime as revolutionary or socialist.”

To someone who has lived in Nicaragua since 2003, these criticisms seem to disregard the views and experiences of ordinary Nicaraguans. To address them, I asked three young Nicaraguan women living in different parts of the country, all intending to vote for the return of the Ortega-Murillo government, why they plan to do so.

For Patricia Ruiz, a 29-year-old mother with a small child, Ortega's leadership has brought positive changes through what she described as improvements in her quality of life.

“Our street, which for years my neighbors and family asked to be paved, was only improved when the Sandinista government returned to power,” said Ruiz about her home in the Monimbó area of Masaya, a city near Managua. “There were no play spaces and, if there were, they were full of delinquents; now there are parks with play equipment and we enjoy them in safety.”

As in many countries, one key reason the government enters the election with considerable support is because of the success of its economic policies: between 2010 and 2017, the economy grew by 4-6 percent annually. The economy then declined as a result of the violence of 2018 and later the pandemic. But since Nicaragua did not introduce shutdowns or lockdowns like many countries in the region, the contraction due to Covid-19 was one of the smallest in Latin America. The World Bank now says the economy grew “forcefully” in the first half of 2021 and Nicaragua’s central bank is forecasting a return to at least 6 percent growth.

Fundamental to the country’s previous growth and recent recovery is the role of the “popular economy” of small businesses and cooperatives, which account for 64 percent of economic activity, the second highest level in Latin America. In a well-known 2015 article describing the popular economy, Orlando Núñez Soto shows that big business is less dominant in Nicaragua than in neighboring countries, in part due to government policy. Because small businesses are more susceptible to disruption, they suffered massively from the road blockades and other chaos stemming from the 2018 protests, and this sector would have suffered further from the pandemic had the government imposed lockdowns. Instead, unlike the rest of Central America, Nicaragua encouraged businesses to stay open, and it weathered the crisis at least as well as its neighbors.

Winnie Narvaez, who works with cooperatives in Estelí and Matagalpa, points out that the government has a specific ministry to promote small businesses, particularly the country’s 5,854 co-ops. Microcredits specifically aimed at women have stimulated the rural economy by supporting groups such as housing co-ops, she says.

“This is part of a holistic approach by the government to [support] rural development, guaranteeing that a group of people can not only improve their housing conditions, but can also access support to develop small business initiatives,” she adds.

Such support also extends to agriculture. Between 2007 and 2021, the government gave out 451,250 land titles to small farmers, and the country is close to achieving food self-sufficiency with 90 percent of Nicaragua’s food needs met from local supply, of which 80 percent is from small farmers. This resilience proved vital in 2018 and, of course, at the height of the pandemic when international transport was severely disrupted.

This could not have been achieved if farming were dominated by big export agribusinesses, like in neighboring Honduras. Yorlis Luna, who works with small farmers in the Carazo area, says rural experiences demonstrate how the government has prioritized small farmers. Unlike many other countries, such as Colombia, where seed saving is criminalized, she says, the Nicaraguan government has created “a legal framework to protect local seeds as ‘national patrimony.’”

In addition, Luna says, the government has also promoted a transition to agroecological production to reduce dependence on chemical inputs and set up farmers’ markets to counteract the power of big business.

She adds that the government’s Instituto Nicaragüense de Tecnología Agropecuaria (INTA) carries out around 20,000 free training sessions with small producers annually to promote agroecology, a program recognized by the Food and Agriculture Organization. Before 2007, free technical help like this was unavailable.

Narvaez rattles off a string of wider government achievements in the last 14 years, including cutting poverty nearly in half and increasing investment in education nearly fivefold. The government has also invested in healthcare with 21 new or improved hospitals and dozens of health centers, slashed infant mortality, improved roads, and expanded access to running water and electricity to nearly the entire population, among other advancements, she notes. The open letters that criticize the Sandinista government do not acknowledge these achievements.

But does this mean that the Nicaraguan government is “leftist”? Narvaez finds rhetorical debates unhelpful, recognizing that “socialism as a self-contained system is impossible” in a capitalist world. “In Nicaragua, however, public policies are geared towards responding precisely to the grassroots and to reducing inequality in a systematic way,” she says, highlighting for instance the priority given to women in microcredit and land titling.

Ruiz is cognizant that outside Nicaragua those who believe in this revolutionary process are often called sycophants or conformists, but she says the government’s track record of investing in public services makes for an easy choice.

“For me the Sandinista Front is still the best option,” she says. She criticizes the opposition for failing “to consolidate themselves as a political force” in the last three years. “They are interested not in people’s needs but only in those of the few who want power. They are not interested in the wellbeing of the majority.”

For farmer Don Paco, the Sandinistas have “already won” the elections, “but not because they are going to steal them,” he says. “People see that the government has not stopped working, they see how the peasants are helped, the social projects, the new infrastructure….”

Criticism from the United States is quickly translating into real threats. On November 3, the U.S. Congress approved the RENACER Act, which could lead to intensified economic sanctions, and the State Department is also considering new sanctions.

Nevertheless, a series of opinion polls by M&R give Daniel Ortega a 60 percent share of the vote. However, a conflicting survey, by CID Gallup, claims his vote share has fallen from 33 percent in May to 19 percent now. M&R claims its survey is more reliable, covering more of the country, with 4,282 personal interviews while CID Gallup relies on cell phone calls for its 1,200 responses. This week M&R claimed that support for the government is increasing as the polls approach. Which survey is closer to being correct will be known shortly after Sunday’s election.