“They Give Us Work but They Abuse Us” 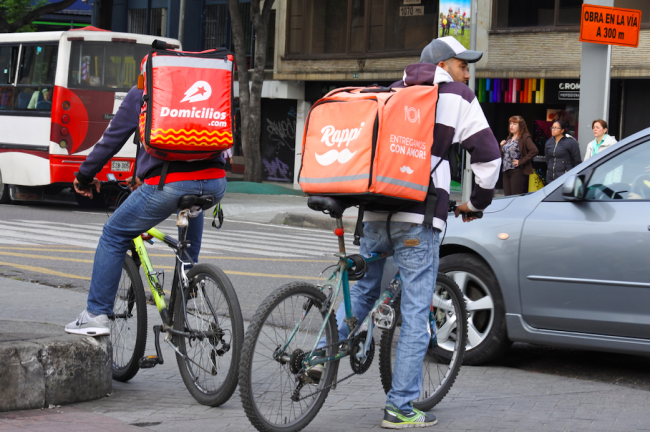 Ahisamac Mar Campela had been in Colombia for less than three years when the pandemic began. With a two-year-old daughter to feed and a strict nationwide shut down, she and her boyfriend turned to one of the few available jobs: working as delivery drivers for Rappi. Rappi is an on-demand home delivery app that allows users to shop for groceries, takeout, and other goods. The company, which reportedly saw a 300 percent increase in orders early in the pandemic, is now valued at $5.2 billion. Ahisamac says getting on the job was easy because the app doesn’t ask for employment permit documentation; you simply download the application, agree to the terms of service, and you’re eligible to start.

Ahisa, as she is known to her friends, is one of roughly 6 million Venezuelans who have fled the country since 2014 amid what The New York Times calls the “single largest economic collapse outside of war in at least 45 years.” Colombia, sharing a 1,380-mile border with Venezuela, is the leading recipient of the exodus and today hosts nearly 2 million Venezuelans. Most made the grueling journey on foot. But unlike virtually any other country in the world facing a similar or equivalent crisis, the Colombian government responded in 2021 by regularizing Venezuelans’ migration status with a 10-year protection permit. The law, known as the Temporary Protection Statute for Venezuelan Migrants (ETPV) allows migrants to access the Colombian safety net, including medical care and education for children. It also grants legal permission to work and a simpler visa process for seeking permanent residence. It does not however, extend the right to vote.

May 5 marked the one-year anniversary of the beginning of the program’s implementation. While ETPV is applaudable as a significant humanitarian gesture, I argue that enthusiasm for the move must be tempered by the reality of its limited impact on the material conditions of people’s lives. The ETPV offers little if any protection for Venezuelans like Ahisa who work in Colombia’s growing gig economy. For Venezuelan migrants, precarity derives not only from their irregular status, but also from Colombia’s challenging economic landscape as well as the severity of conditions in their home country, which make it difficult or impossible to return. Much like in the United States, in Colombia, on-demand delivery apps like Rappi, one of Latin America’s fastest growing startups, run on the backs of immigrant laborers, and under ETPV, this vulnerability remains intact. 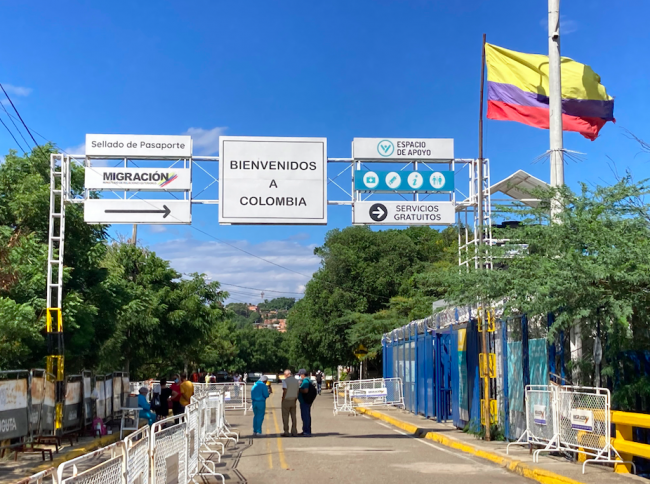 From Middle Class to Migrant

In her home city of Puerto La Cruz, Ahisa was one of the millions of young Venezuelans across the country who participated in a wave of protests in 2017 against Nicolás Maduro’s authoritarian government. “I was studying law in a country where obviously the laws aren’t followed,” she said. “I saw myself five years down the road still living with my mother, working for a wage that didn’t amount to anything.” In response to her activism, authorities issued an arrest warrant for Ahisa on charges of terrorism. She was at a protest when her mother called with the news. “Don’t you even think of coming by my job,” her mother said.

Ahisa was taken aback. Her mother worked in a government building at the time where Ahisa routinely met her for lunch or after work. “Right in front of my office is a picture of you and your friends that says ‘WANTED,’” her mother continued. Discussing with her parents, Ahisa decided to leave the country; two weeks later she was living in Medellín, Colombia. At 18, she had never before held a job, never lived on her own, and didn’t know how to cook. 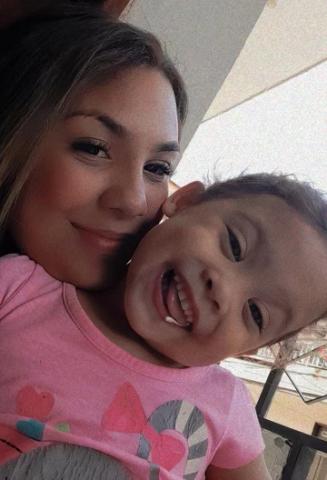 After plummeting oil prices sent Venezuela’s economy into free fall, the country’s once-thriving middle and professional class comprised a first cohort of migrants. As conditions in the country worsened, migration expanded dramatically to the middle and working classes and finally to people from low-income backgrounds. Many Venezuelans reach their destinations with few or no resources, sometimes in need of medical attention after having walked days or weeks. They have suffered the emotional trauma of hyperinflation and instability, and many have survived political violence and/or the threat or experience of violence at the border. In addition, they are desperate to send money to their families who remain in Venezuela. Some, like Ahisa, cannot return without risking imprisonment.

A 2019 United Nations report estimated that 94 percent of Venezuelans live in poverty, the leading factor in the exodus. Other drivers include health needs, violence, threats, and political persecution. Since 2014, fewer than 190,000 Venezuelans have received refugee status, and although another 950,000 have claims pending, poor data collection and conflicting immigration bureaucracies likely discourage reporting. Ahisa, for instance, did not think it was worth it to make an asylum claim. Compounding Venezuelans’ ongoing desperation, the humanitarian response to the crisis has been severely anemic: by the end of 2020, the international community had spent a cumulative total of $265 per Venezuelan refugee compared to $3,150 per Syrian refugee, according to Brookings Institution calculations, despite the similar magnitude of the two crises. 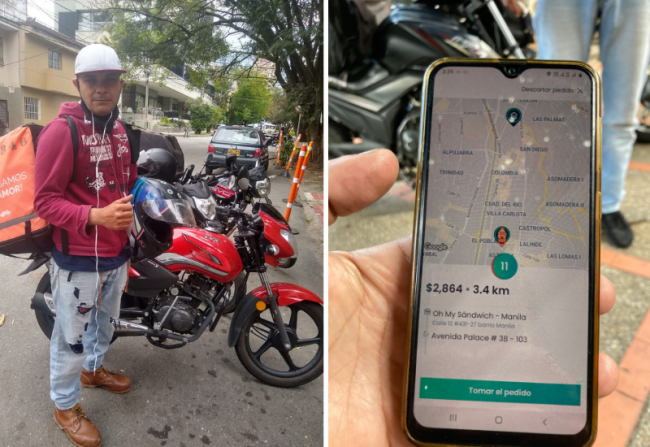 These circumstances are well known in Colombia. I spent the summer of 2021 talking with dozens of Venezuelans and Rappi workers in Medellín and Cúcuta, Colombia. Many of the Venezuelan workers I spoke with shared stories of being exploited by previous employers despite being able to work legally under a 2017 special permit program that benefited some 600,000 Venezuelans. Everyone shared examples of employers trying to pay less than minimum wage. Sometimes it was a difference of a dollar a day. In one case, a worker was paid one sixth of the daily minimum wage of about 30,000 Colombian pesos (approximately $8) for a 13-hour shift. Another Venezuelan worker, Hector, described the dynamic as follows: “What happens is that there are many people who take advantage of people in need. Here comes a Venezuelan that doesn’t have work, they offer him something and because he’s in a difficult situation he accepts.”

With Colombian unemployment hovering around 12 percent—down from nearly 16 percent in 2020—employment opportunities are scarce for all workers. While Venezuelan immigrants are on average more likely to possess a university degree than the workforce in receiving countries, only 10 percent of Venezuelans working in Colombia, Chile, and Peru reported having their educational and professional credentials recognized, according to a 2021 report. While President Iván Duque has said future changes to immigration law will allow migrants to validate such credentials, those changes are not part of the ETPV and have not yet been initiated. Without recognized credentials, even professionals with a university degree face limits to the types of jobs they can obtain. The combination of these factors, among others, drives Venezuelans to seek work in the rising gig economy.

Arianna Jiménez is a veteran of the U.S. labor movement. She recently received her master’s degree from NYU’s Center for Latin American and Caribbean Studies.