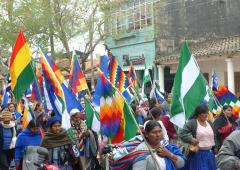 The work of this Bolivian women’s group illustrates the long arc of Indigenous resistance to colonialism. 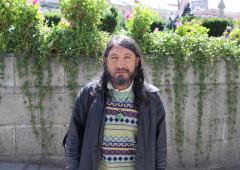 Bolivian human rights lawyer David Inca Apaza on the demands of the protests in November and the brutality of the government's response. 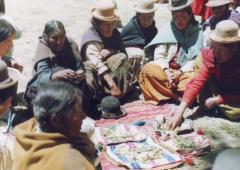 In this adapted excerpt from his new book, Benjamin Dangl delves into the ways oral history, collective memory, and grassroots historical research have played a key role in Bolivian Indigenous movements. 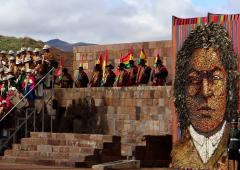 History at the Barricades: Evo Morales and the Power of the Past in Bolivian Politics (Excerpt)
October 8, 2019
Benjamin Dangl

The following excerpt from the new book, The Five Hundred Year Rebellion: Indigenous Movements and the Decolonization of History in Bolivia, looks at the roots, rise, and presidency of Evo Morales, who is likely to win a fourth term in office in Bolivia’s October 20 general election.

Showdown in Honduras: The Rise, Repression and Uncertain Future of the Coup
June 30, 2009
Benjamin Dangl

Worldwide condemnation has followed the coup that unseated President Manuel Zelaya of Honduras on Sunday, June 28. Nation-wide mobilizations and a general strike demanding that Zelaya be returned to power are growing in spite of increased military repression. One protester outside the government palace in Honduras told reporters that if Roberto Micheletti, the leader installed by the coup, wants to enter the palace, "he had better do so by air" because if he goes by land "we will stop him."

El Alto-based hip-hop artist Abraham Bojorquez died early in the morning on Wednesday, May 20 in El Alto, Bolivia. He was killed when a bus hit him as he walking home. Abraham, 26 years old, was a member of the popular hip-hop group Ukamau y Ké. His music blended ancient Andean folk styles and new hip-hop beats with lyrics about revolution and social change.

After Bolivia’s new constitution was passed in a national referendum on Sunday, thousands gathered in La Paz to celebrate. Standing on the balcony of the presidential palace, President Evo Morales addressed a raucous crowd: "Here begins a new Bolivia. Here we begin to reach true equality."

In early July in Sicaya, Cochabamba, Bolivian President Evo Morales announced that if he wins the August 10 recall vote on his presidency, "I'll have two and half years left." But if he loses the vote, "I’ll have to go back to the Chapare" to farm coca again. Though the recall vote is likely to favor Morales, it’s unclear if it will resolve many of the divided nation’s conflicts.

"Let's go unblock the road, compañeros!" a man in an old baseball cap yells as he joins a group of people hauling rocks and tires from a central intersection in Cochabamba. This group of students and union activists are mobilizing against a civic strike led by middle class foot soldiers of the Bolivian right. These actions in the street are part of a political roller coaster that is dramatically changing Bolivia as it enters the new year.

Nearly two years into the presidency of Evo Morales, government officials and leftist social organizations are determined to break with the past and transform the nation. The opposition calls it a civil war. The government calls it a revolution. Other Bolivian activists and analysts call it business as usual. A look at public opinion and recent conflicts in Bolivia exposes the challenges facing Bolivia's first indigenous president.

In the worn out meeting room of worker-run Cerámica de Cuyo, Manuel Rojas runs a rough hand over his face. The mechanic recalls forming the cooperative after the company boss fired the workers in 2000: "We didn’t have any choice. If we didn’t take over the factory we would all be in the streets. The need to work pushed us to action."