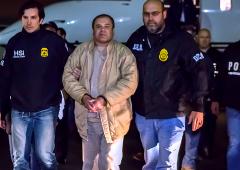 El Chapo's trial continues this week, brimming with sordid tales of kingpins and cartels. But what the media spectacle can't justify is a failing “war on drugs” that has taken the lives of hundreds of thousands of people. 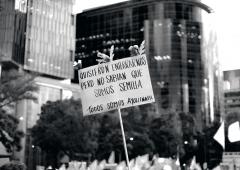 Examining the disappearance of 43 students in southern Mexico four years ago can lead to only one conclusion: culpability lies with the Mexican state. 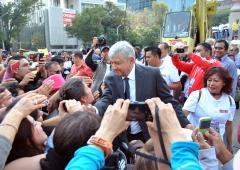 AMLO and the State of Mexico
July 4, 2018
Christy Thornton

After an election with 3,400 positions in contest, Mexico stands poised for profound changes under the leadership of president-elect Andrés Manuel López Obrador. 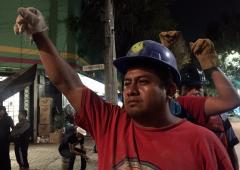 In Mexico, Solidarity Versus the State
September 23, 2017
Christy Thornton

Many in Mexico think the government and political parties are hampering aid efforts. 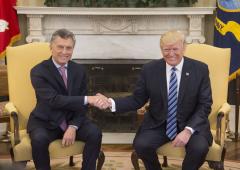 New directions in Trump’s approach to Latin America reveal the changed status of U.S. influence in the region. 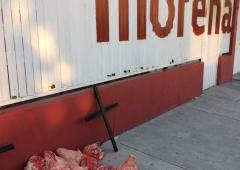 Elections in the State of Mexico on Sunday revealed the growing power of the Mexican Left — and the lengths to which the ruling party will go to repress it. 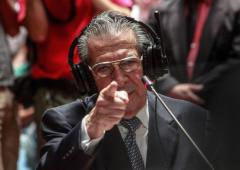 Christy Thornton talks to Jo-Marie Burt about the past, present, and future of the historic Rios Montt trial. 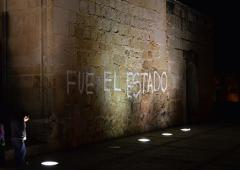 The Federal Police Not Only Knew, They Were There (Audio)
January 9, 2015
Christy Thornton

Christy Thornton speaks with Steve Fisher on new, groundbreaking evidence revealing that the attack on 43 students in Iguala, Mexico was coordinated by the federal police and military. 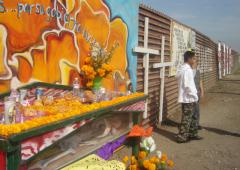 Christy Thornton speaks with Jesse Franzblau on the investigations by the National Security Archive (NSA) into the newly released documentation by Mexican authorities on the 2010 and 2011 migrant massacres.

Forty-three years ago today, an organization calling itself the North American Congress on Latin America held its first public meeting at New York University’s Loeb Student Center. It was surely unforeseen by those present that, more than four decades later, the building that housed the meeting would have been torn down and replaced, but the organization would still be standing.

What many now consider an “Argentine model” of soy production has emerged, combining financialization and large-scale monoculture, and it is spreading to other countries in the region.