What you're seeing is a portrayal of Venezuela as some kind of a chaotic economic basket case. But when you look at the macroindicators, inequality has been reduced so drastically that it's now the lowest in Latin America.

Over more than a decade, the rise of the left in Latin American governance has led to remarkable advances. The United States has been antagonistic toward the new left governments, pursuing a bellicose foreign policy. So why has HRW so consistently paralleled U.S. positions and policies? 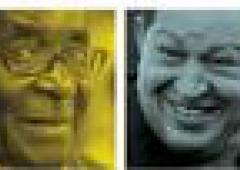 The New York Times on Venezuela and Honduras: A Case of Journalistic Misconduct
May 9, 2013
Keane Bhatt

As a careful examination of the language and coverage of nearly four years of New York Times articles reveals, concern for freedom and democracy in Latin America has not been an honest concern for the liberal media institution.

The New York Times on Venezuela and Honduras: A Case of Journalistic Misconduct
April 16, 2013
Keane Bhatt 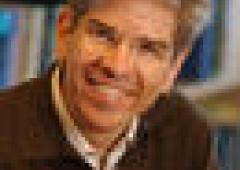 “Charter cities” have been promoted for years by Paul Romer, a University of Chicago–trained economist teaching at New York University. But the applicability of Romer’s radical vision in Honduras always depended on the enthusiasm of the authoritarian, post-coup government of Porfirio Lobo.

Writing for The New York Times’ Economix blog on March 15, Simon Johnson, a former chief economist for the International Monetary Fund (IMF), provides a well-argued defense of populism. But by offhandedly dismissing Latin American populism, his comentary examplifies the imperial double standard that keeps even “pro-populist” commentators from seeing the reality in developing countries.