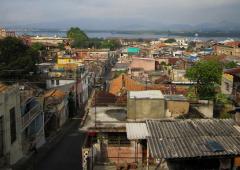 Will the normalization of U.S.-Cuba relations mean worsening inequality for Afro-Cubans and women?

On September 13, the Cuban government made a stunning announcement: Within the next six months, state payrolls will shed half a million workers. Additionally, the government will allow a great expansion of self-employment which it hopes will offset the planned layoffs. The new measures mark a sea change in Cuba, and some observers have speculated that this will mean the end of socialism itself. But the more compelling question is how will the Cuban leadership, who insist they will not embrace capitalism, now define socialism?

When Cuban singer Silvio Rodríguez played to a sold-out crowd in Carnegie Hall in New York in June, opposing groups of demonstrators faced off outside the auditorium creating a battle of dueling imagery that continued throughout the concert. As on so many other occasions, the cultural world served as proxy for broader political tensions over Cuba. To some extent this should come as no surprise: Cuban writers, artists, and musicians wield a disproportionately powerful role in public discourse, and Cuban musicians tend to make their most controversial statements when they tour abroad.

In August the Cuban authorities briefly detained a musician, Gorki Águila, 40, and charged him with “social dangerousness,” a crime punishable with up to four years’ imprisonment. Gorki, as he is widely known, is the lead singer and figurehead of Porno Para Ricardo, a punk rock band that has, since its formation in 1998, made increasingly direct and vulgar pronouncements against the Cuban leadership. (The band’s lyrics radicalized considerably after Gorki’s first imprisonment in 2003 after a conviction on drug charges.1) The band’s logo features the hammer and sickle, with the hammer in the form of a phallus, and their song lyrics lambaste the leadership as inept, decrepit, and repressive. Arrested presumably for his critical lyrics, Gorki was ultimately convicted of “public disorder” (for the band’s noisy rehearsals) and released with a fine.

The End of an Era: The Cold War in El Salvador and Cuba
July 8, 2009
Michelle Chase

Fifty years after the Cuban revolution took Latin America by storm, El Salvador became the last Latin American country to restore bilateral relations with Havana. When President Mauricio Funes took office in June, he immediately restored diplomatic ties with the island. The reengagement marks the beginning of the end for the hemispheric Cold War alliances constructed by Washington.

The Bigger Picture of the Cuban Embargo and Travel Ban
April 29, 2009
Michelle Chase

As the end of all U.S. travel restrictions to Cuba seems imminent, it is clearer than ever that a progressive opposition to U.S. Cuba policy needs to focus on ending the entirety of the embargo. Otherwise, momentum for U.S. Cuba policy reform will be co-opted by representatives of the tourism, agricultural and telecommunication industries. And an influx of U.S. tourists with the embargo still in place could mean more hardships for average Cubans and other problems on the island.