Bonnefoy’s book documents in rich narrative detail the struggle to bring human rights perpetrators to justice in post-dictatorship Chile, in a democratic transition still monopolized by the military.

Brazil on Fire: An Autopsy of Bolsonaro's Failed Coup (Update 3)

The failed January 8 "invasion" of Brasília has united many behind Lula’s agenda to rebuild the country. But the battle for Brazil’s future isn’t over yet.

Book Talk on Cuban Immigration Gets Heated in Miami

An event at Florida International University provokes a backlash, stoking longstanding disputes between academia and the Cuban exile community in Florida.

Distortion and Subversion: Punk Rock Music and the Protests for Free Public Transportation in Brazil (Review)

Rodrigo Lopes de Barros’ book serves as a guide for the Brazilian underground youth movements around the turn of the century, both in their political and cultural dimensions.

Popular Organizing is the Only Way to Stop Bolsonarismo

The essence of the phenomenon tied to Jair Bolsonaro’s rise is extreme, and it is a potent force for radicalizing people towards authoritarian and violent positions.

Peru: The Country of Failed Transitions

Peru’s latest political crisis is rooted in the failure of key transitions to consolidate democracy and basic social coexistence.

Colombia now has one of the most liberal abortion regimes in the Americas, but with conservative groups rallying in opposition, the future of the country’s abortion rights is far from secure.

Erased from the archive, the remarkable story of one Afro-Dominican revolutionary illuminates the Dominican colonial desire for whiteness at the expense of Black women’s lives. 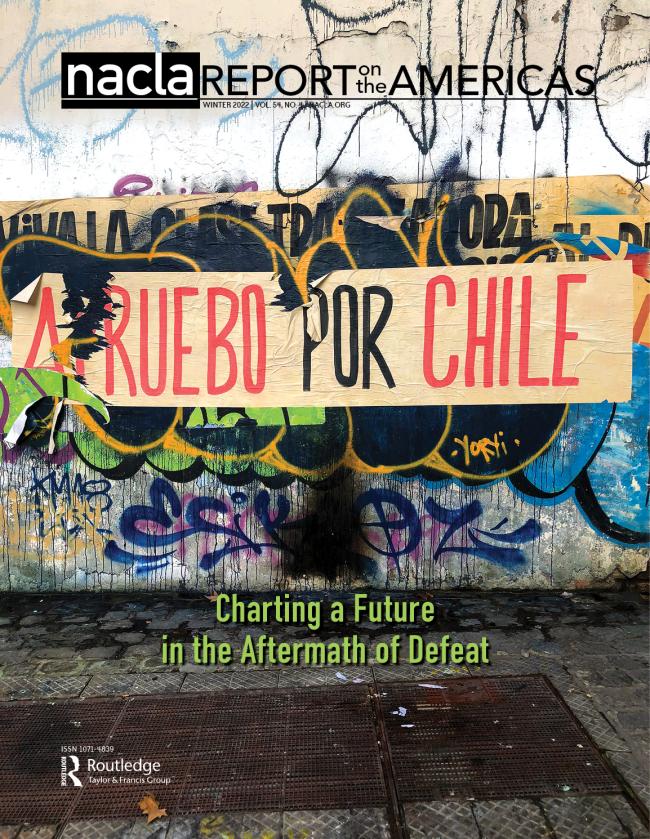 End of an Era for the Left: Bush Welcomes Lula at Camp David
Raúl Zibechi
September 4, 2007

March 31 was an important date for the future of Latin America, especially from a symbolic perspective. George W. Bush received President Luiz Inacio Lula da Silva, the trade unionist in whom a great part of the continent placed its hopes for change when he put on the presidential sash of Brazil in January 2003, at his retreat outside Washington.

"State of Denial" is the title of Bob Woodward's famous book on the Bush team's road to disaster in Iraq, but it would have served just as well for a description of their Latin America policy. This week President Bush heads South for a seven-day, five country, trip to Latin America to see if he can counter the populist political tide that has brought left governments to about half the population of the region.

It was exactly forty years ago that the musical revolution that came to be known as Tropicália was introduced to Brazil, and the world. Tropicália's genesis can be dated with some precision. It came when two musicians in their mid-twenties, Caetano Veloso and Gilberto Gil, courageously took to the stage at a 1967 song festival in São Paulo with compositions that they knew would sorely stress the boundaries of musical taste. Their performance was epoch-defining. It was a kind of big bang from which much that came afterward in Brazilian pop music history evolved.