The conservative backlash against efforts to expand sexual and reproductive rights in the Americas threatens a dangerous regression in human rights.

The historic uprising against inequality reclaimed past struggles and forged new tools for present resistance. 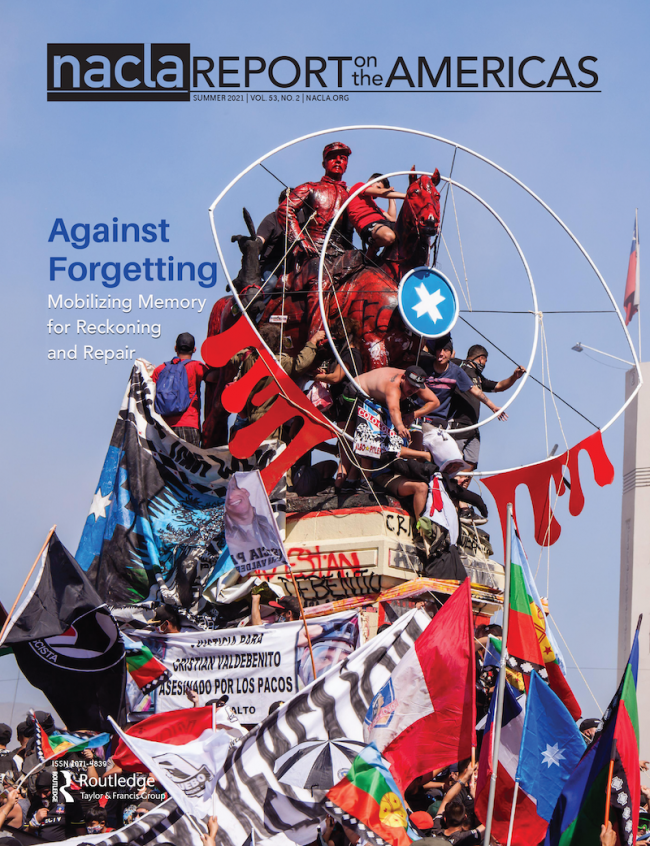 The Atrocities of Augusto Pinochet and the United States
Roger Burbach
September 4, 2007

In Santiago on September 11, 1973, I watched as Chilean air force jets flew overhead. Moments later I heard explosions and saw fireballs of smoke fill the sky as the presidential palace went up in flames. Salvador Allende, the elected Socialist president of Chile died in the palace.

Silvestre Saisari, a bearded, soft-spoken leader in the Bolivian Landless Workers’ Movement (MST), sat in his office in Santa Cruz, Bolivia. The building was surrounded by a high cement wall topped with barbed wire.

The Sabana Grande in eastern Caracas is one of the city’s most famous streets, and it has seen many changes in its short life. Until the 1940s, most of it still lay under sugarcane fields. But by its 1970s heyday the shopping boulevard was the scene of a flourishing café culture that for many Caracas intellectuals of a certain generation has passed into legend, a relic of a safer, wealthier, more cosmopolitan city.

The government of Evo Morales and the indigenous social movements of Bolivia have won an historic victory with the passage of an agrarian reform law that calls for the “expropriation of lands” that “do not serve a just social-economic function.”

When Honduran President Manuel Zelaya visited Washington this past June, he had two security-related requests for President Bush. The first was to convert the Colonel Enrique Soto Cano airbase (also commonly known as Palmerola) into a commercial air cargo terminal, while the second was to deploy U.S. Special Forces along the Mosquitia region in eastern Honduras to help combat drug-trafficking along the Caribbean coast.

“C’mon, muchachos, let’s go!” With this abrupt order, Celia Eumesa and a group of the Nasa Indigenous Guard under her command jumped into a van and drove off in hot pursuit of a handful of guerrillas that had just kidnapped some people from her community. Armed with no more than decorative staffs, which they carry to symbolize indigenous authority, they sped behind the guerrillas’ car with a caravan of 60 other Indigenous Guards trailing behind.

A WOLA-AIN delegation recently traveled to the Bolivia’s Chapare region to carry out an on-the-ground assessment of the initial impact of the Morales government’s new coca strategy. The delegation met with local municipal, police and military authorities, coca farmers, and others.

In this commentary, Ben Beachy notes that ongoing U.S. intervention has reached a fever pitch now that Sandinista leader Daniel Ortega—Washington's Cold War nemesis—has pulled ahead in the polls for the upcoming elections. U.S. authorities have threatened Nicaraguan voters with what amount to economic sanctions in the event of an Ortega victory.

Luiz Inácio Lula da Silva’s resounding electoral victory with over 60 percent of the vote places Brazilian politics on a new footing. While many on the left remain critical of Lula for the limited reforms of his first term, his victory has consolidated a shift in the country’s possibilities for deeper social transformations.

Of all the land disputes between indigenous communities and large landowners that have mushroomed in Argentina during the last decade, none acquired the public notoriety of the battle waged in the northern Patagonian province of Chubut in 2004. The David-and-Goliath elements of the confrontation ensured unprecedented media attention to an issue long neglected by mainstream Argentina.