Memoirs of a Guestworker

Arturo Ramirez has crossed the border as an undocumented migrant every few years to work in the Florida orange groves. He says that stricter border enforcement implemented after September 11 made entering the United States far more dangerous and costly. But despite the increased risks, Ramirez headed for the United States.

Arturo Ramirez estimates that he crossed the border from Mexico into the U.S. with a coyote, or people smuggler, at least fifteen times.

I met Ramirez after hitchhiking into his home town of San Pedro Escanela, an isolated farming community tucked into a small valley of the Sierra Gorda Mountains in Central Mexico’s Querétaro state. 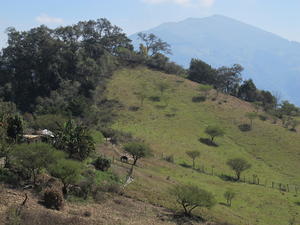 Most locals estimate that half of San Pedro’s residents now work or live in the United States. Those who return often build squat, rectangular houses made of stucco or brick that resemble smaller versions of ranch houses in the United States. Ramirez and his family live in one of these Americanized homes, set behind an iron fence and surrounded by a small yard complete with green grass.

“I built this house slowly over the years, room by room, each time I returned home from the United States,” Ramirez told me.

Ramirez is a jolly 37-year-old with a round face and bushy moustache. He has two older brothers and a sister who all left for the United States in their teens. Ramirez’s three siblings became U.S. citizens after Ronald Reagan signed the Immigration Reform and Control Act (IRCA) in 1986, the law which legalized over three million undocumented migrants living in the United States.

“I wasn’t old enough to head for the States in the 80s,” Ramirez said. “But I went as soon as my parents let me. In 1991, when I was 15, some friends and I crossed the Texas border with a coyote, bought a car, and drove it to Florida where we found work picking oranges.” 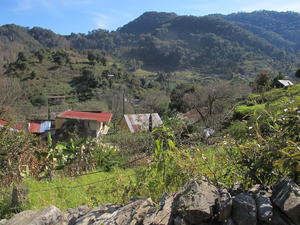 Over the next two decades, Ramirez crossed the border as an undocumented migrant every few years to work in the Florida orange groves. He says that stricter border enforcement implemented after September 11 made entering the United States far more dangerous and costly. But despite the increased risks, Ramirez headed for the United States just after the 2001 terrorist attacks on the Twin Towers in New York

“My first son, Eric, then just a baby, got really sick that year,” Ramirez said. “The doctors told us that he needed a blood transfusion or he would die. So, despite the difficulties of crossing the border, I headed for Florida so my son could live.”

As Ramirez and I talked in his living room, Eric, now 14, sat across from us watching TV. Today, Eric is a healthy teenager, the first wisps of a moustache appearing on his upper lip. I asked Eric the same question that I hated answering when I was his age: “What do you want to be when you grow up?”

“That’s easy,” Eric said. “I want to become a doctor, so I can save people who were sick like me.”

From Undocumented Migrant to Guestworker

Ramirez loathed the tough job of picking oranges in the Florida humidity. At the end of one orange season, he and a friend decided to try their luck picking apples in Western New York during the fall. The two bought a car, drove north, and slept on a stretch of beach along Lake Ontario until they found work in the apple orchards of a company, called Fowler Farms, in the small town of Wolcott, New York. 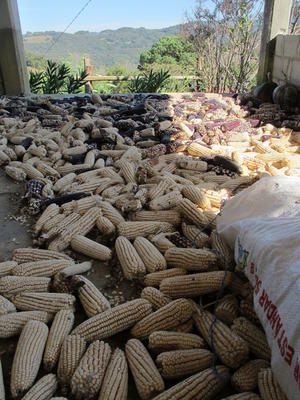 Corn from the fall harvest in San Pedro Escanela

Fowler Farms now contracts Mexican workers on temporary, H-2A agricultural visas. It complies with U.S. law by providing its foreign employees with housing, pays them a decent wage, and offers the option of overtime if they want more hours. But despite the farm’s attempt to follow the rules, it still could not escape becoming victim to the fraud which often accompanies the contraction of guestworkers in the United States.

Most agricultural companies who employ guestworkers rely on recruiters abroad who handle the formalities associated with getting workers the visas. Fowler Farms formerly worked with a Mexican lawyer in the state of San Luis Potosí, several hours north of Querétaro. As required by U.S. law, Fowler Farms provided the recruiter with money to cover the worker’s travel expenses to and from the United States. Instead, the recruiter pocketed the money and charged each of the workers $700 for their travel expenses.

“This act of fraud committed by the recruiter was discovered when some workers asked Fowler Farms to reimburse them for their travel expenses,” said Miguel Montalvo, a Mexico-based lawyer. Montalvo says that private attorneys interviewed the guestworkers who worked for Fowler Farms and took legal measures to ensure the farm would compensate its foreign employees for the money they gave to the recruiter.

During this controversy, Ramirez was working for Fowler Farms with fake documents, so he was not a victim of this all-too-common instance of recruiter fraud in Mexico.

“When recruiters do stuff like this, it makes me afraid that Fowler Farms will stop hiring people from Mexico,” Ramirez said

Ramirez worked in Fowler’s apple orchards for many seasons before one of the managers discovered that his work permits were fake. The company told Ramirez that he had to leave, but with the promise that they would invite him back next year on an H-2A visa. Now, every March, Ramirez crosses the border on a visa and spends eight months driving tractors, mowing fields, and spraying pesticides in the apple orchards.

Before leaving San Pedro, Ramirez took me on a drive through the Sierra Gorda with his son, Eric.

“You know, I’ve spent more of my life in the U.S. than in Mexico,” Ramirez said as the sun went down and we stood, leaning against the side of his truck, on a lookout point in the mountains.

I asked Ramirez if he ever thought about bringing his family to the United States and settling there like his siblings did. But Ramirez said he has no desire to live in the United States because he thinks American children do not respect their parents as much as they do in Mexico.

Ramirez does want to keep working in the United States, though, so he can save enough money to send Eric, and his two younger children, to good universities in Mexico City. But this opportunity comes with a price.

“My kids are growing up without a father,” Ramirez said, “In just a few years, Eric will leave San Pedro to study, and I’ll have missed most of his life.” 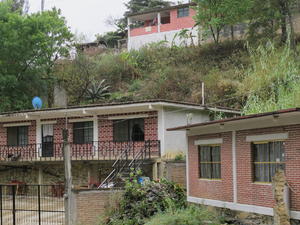 Many of Ramirez’s neighbors obtained permanent residency in the United States through the 1986 Immigration Reform and Control Act. Today, most spend part of the year in Mexico and cross the U.S. border legally for a few months to do farm work. Ramirez is jealous of his neighbors, who he sees as having received a reward for being in the United States illegally. What Ramirez wants more than anything is a green card, so he won’t have to comply with the restraints of an H-2A visa which dictates when and where he can work.

“The H-2A visa will help give my family a better life,” Ramirez said, “but I dream of, just once, being able to spend an entire year in Mexico with my family. I’ll never do that, though, because I’m afraid that if I don’t go to New York next year they’ll give my job to someone else, and I’ll never get the visa again.”

“That’s a chance that my family and I just can’t take,” he said as the sun set, and we got in his truck to drive back to San Pedro.

Some names have been changed to protect the identity of those involved.