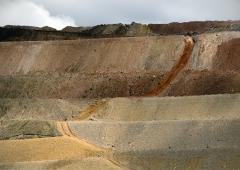 The Price of Gold in the Twenty-First Century
Diego Cupolo

The gold nuggets are gone. Rarely do modern miners use picks to chisel away at metal deposits deep within the winding caverns of untapped mountain ranges. In the twenty-first century, much of our gold comes in the form of microscopic grains. Their extraction requires massive open pit mines where the world’s largest machines remove, reshape and reconfigure the surface of the earth in search of these tiny specs of precious metal. 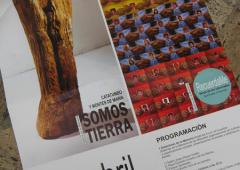 Colombians Commemorate First Official Day Honoring Conflict Victims
Annalise Udall Romoser
On April 9, Colombians commemorated the nation’s first Victims Day with public events and activities across the country. In Bogotá, victims of violence marched with fellow citizens from the Jorge Eliécer Gaitán Municipal Theater to the Plaza Bolivar for a concert sponsored by the Bogotá’s mayoral office. The march passed through four stations set up by non-governmental organizations featuring galleries, art pieces, and performances dedicated to the memory of victims of conflict in Colombia. 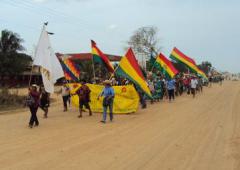 The Bolivian TIPNIS March—In Photos
Dario Kenner
On October 21, Bolivian President Evo Morales announced an agreement to scrap a controversial plan to build a highway through the TIPNIS Amazonian ecological reserve. The president’s decision came just two days after over 1,000 indigenous protesters from the TIPNIS region arrived to the Bolivian capital, La Paz, after marching 370 miles against the highway project. For the indigenous marchers, Morales’s announcement was even more victorious, coming less than a month after Bolivian riot police tried to violently break up the march near the Bolivian town of Yucumo on 25 September. 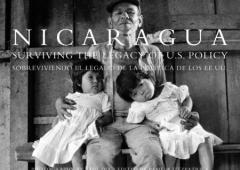 U.S. photographer Paul Dix and editor Pamela Fitzpatrick recently published the book, Nicaragua: Surviving the Legacy of U.S. Policy. The book evokes the horrific legacy of the Contra war through individual testimonies of everyday Nicaraguans who survived the war that killed over 200,000 people over 20 years ago. In it, Dix revisits war survivors that he photographed in the 1980s and brings us up to date with their lives through a mixture of thought-provoking narratives and images.