The Rise and Fall of Barrio Adentro 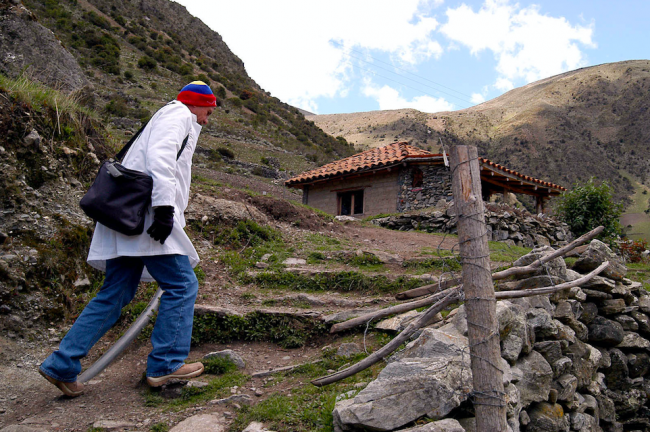 Barrio Adentro was a cornerstone of Bolivarian Venezuela’s national social programs. Established by the Chávez government in 2003 to redress social inequities and revolutionize health care experiences, the program radically expanded access to free primary and preventive health services by creating thousands of neighborhood clinics staffed by Venezuelan and Cuban medical workers. Barrio Adentro was different from many other government health programs: it was rooted in poor communities, it relied on neighborhood activists to get clinics up and running, its doctors were celebrated for their solidarity with poor patients, and it encouraged Venezuelans to continue practicing medical pluralism by combining biomedical and nonbiomedical approaches to well-being. Barrio Adentro became so popular and iconic of positive social change that opposition politicians began running for office with promises to expand the program.

In this interview, Venezuelan physician and public health expert Oscar Feo discusses health and health care in Venezuela today, nearly 20 years after the creation of Barrio Adentro. Emeritus professor of health sciences at the Universidad de Carabobo, Feo has shaped national and regional public health efforts with his leadership in the field. Among other work, he coordinated the Health Subcommittee for the National Constituent Assembly responsible for establishing the 1999 Constitution. He also served as coordinator for the program Médicina Integral Comunitaria (Integrative Community Medicine) that trains doctors to work in Barrio Adentro.

Feo’s firsthand experience with Barrio Adentro and his social medicine orientation provides a unique perspective on the history, legacy, and future of Barrio Adentro in Venezuela. In Latin America, social medicine is a well-established approach to health and health care that views sociopolitical and economic forces as the driving factors in human health. Proponents of social medicine often call for health care reforms that address social inequities and that decouple medicine from capitalist imperatives. Our conservation was conducted via email and has been lightly edited for length and clarity.

Amy Cooper: Can you describe Venezuelan health care during the 1990s, in the years before Chávez’s election as president?

Oscar Feo: In the 1990s, health care was dominated by neoliberal policies. It was seen as a commodity: the population received care according to their social status and ability to pay. Those with resources received care in private clinics where they paid for services and the majority of people, unable to turn to the private sector, went to public hospitals that were considerably dilapidated. Care in the poor barrios was very weak, with few outpatient clinics and huge social exclusion. There was great dissatisfaction among the population.

AC: How did the health system change during the first decade of the Chávez government, from 2000 to 2010?

OF: With Chávez, there were substantial and very positive changes. The neoliberal policies were suspended and charging for services in public hospitals was prohibited. A new constitution was approved that recognized the right to health, and a national public health system (SPNS) began to be built.

In 2003, Barrio Adentro was created, which represented a great success and allowed millions of people who lacked access to health care in their communities to be included in the health system. Cuban cooperation was a fundamental pillar of Barrio Adentro. Six thousand popular clinics and hundreds of holistic diagnostic and rehabilitation centers were created, and there was intense grassroots participation. But Barrio Adentro was created on the margins, without a relationship to the Ministry of Health, and it was under the command of the Cuban Medical Mission. This created some significant problems. In 2007, the training of integrative community doctors began en masse. This was the golden age of health. The people were content with the changes and the new situation. 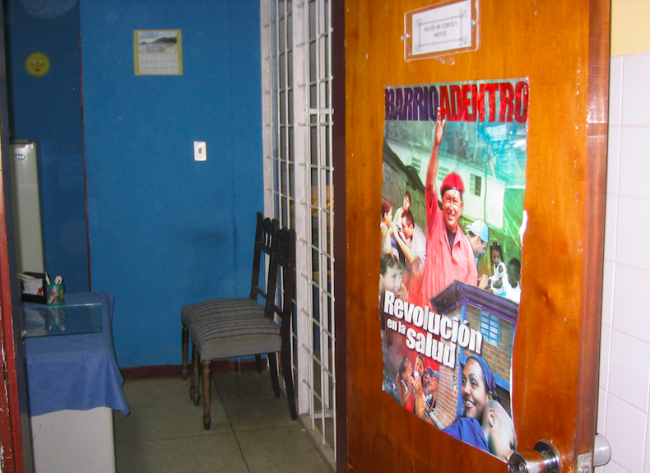 AC: And how has the health system changed during the past 10 years, from approximately 2010 to the present?

OF: In recent years, Barrio Adentro has deteriorated a lot. The popular clinics and holistic diagnostic centers continue to play an important role in community medical care, but not like in the early years. The quality of care has declined. The infrastructure has deteriorated. Many popular clinics have closed. And there’s no longer funding. Before, medicines were given out free of charge, and now patients must show up with everything they need, including syringes. The quality and appeal of the Cuban doctors has waned. Many integrative medical doctors have abandoned the popular clinics to work in hospitals, while others have migrated.

From the people’s perspective, there’s a lot of frustration. The communities feel the absence of what Barrio Adentro was at the beginning.

In addition, many of these problems stem from the fact that there has been a lot of corruption. Many funds destined for Barrio Adentro or the construction of hospitals and purchase of medicines disappeared—they were stolen. There are several former ministers and high-ranking officials living outside the country and enjoying vast wealth.

AC: Barrio Adentro was founded as a health program and as a leftist political project. The program is based on the construction of clinics in poor neighborhoods, recruiting community members as health promoters, and training medical professionals from historically marginalized communities. How has Barrio Adentro influenced leftist politics in Venezuela?

OF: Barrio Adentro was a successful policy that produced widespread satisfaction and politically benefited the government. Back then, there were many public calls to fill doctor positions in poor and marginalized areas, but there were never doctors willing to go to those places. But as I said, Barrio Adentro emerged without a relationship with the Ministry of Health and was organized by the Cuban Medical Mission. As a result, it took on a very “Cubanized” model of care that did not respond to some of the population’s very specific needs. The program did not provide support for childbirth (which remained hospital-based), and refrigeration issues in neighborhood clinics made immunizations unreliable. There have been efforts to integrate Barrio Adentro into the Ministry of Health and resolve these problems, and some things have worked, but in the comprehensive community health areas and the holistic diagnostic centers, we can still see the difference between the Cuban and Venezuelan approaches.

In my opinion, Barrio Adentro was a successful program, and it had a positive impact on the population. But without discounting its contributions and importance, it is not the central axis of what I would recommend to a leftist government starting out.

AC: What do you see as the legacy of the Barrio Adentro program for Venezuela and the region?

Amy Cooper is a medical anthropologist and author of the book State of Health: Pleasure and Politics in Venezuelan Health Care under Chávez (University of California Press, 2019). She is an associate professor in the Department of Sociology and Anthropology at Saint Louis University.