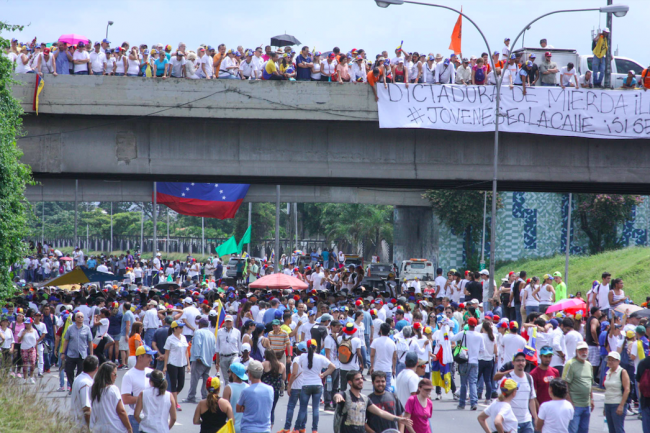 There is no doubt that Chavismo’s dismantling of democratic institutions has prompted a complex crisis in Venezuela. However, we believe it’s important to understand why, despite significant efforts, the opposition has failed to achieve political change. In this conversation, we address the Venezuelan conflict from a historical and unconventional perspective. That is, we focus on the role of the opposition and opposition strategies to understand its specific impact on the progression of the conflict over the last two decades. Our conversation, which took place over Zoom, has been edited for length and clarity.

Maryhen Jiménez: To understand how authoritarianism took hold in Venezuela and analyze the possibility of future democratization, we have to zoom in on the opposition—to understand its characteristics, alliances, and strategic decisions over time. It’s complex, but important, given the observable missteps across all opposition groups in recent years. How do you interpret the opposition’s failures and inability to produce a change on an executive level?

Juan Manuel Trak: Venezuela’s political conflict can be traced back to Chávez’s rise to power in 1999, or even earlier. Some argue that during these past 22 years, the political system has remained the same, but from my point of view, that’s not true. It has also been said that opposition and government political actors have been the same since the beginning of the conflict, which also isn’t true. I believe that if we trace a point of departure in Venezuela’s political conflict, it’s precisely the crisis of representation of political parties during the 1990s and the inability of parties to reform themselves and become more inclusive both internally and when in power—that is, through their public policy.

In other words, we had political parties that still functioned as if we were in the 1960s: paternalistic parties, caudillo-dependent parties, parties where power was distributed among the clique that dominated them. When that collapsed, we had a crisis in party representation, which was first seen with Rafael Caldera and “el chiripero” [as his political coalition was known]. Then, Chávez arrives, and upon leaving prison for the 1992 failed coup d’état, he calls for abstention in the 1995 regional elections. But then he participates in the 1998 presidential elections and ends up with the most votes.

MJ: Another turning point in the weakening of opposition parties that we still see today lies in the absence of public funding, enacted in the 1999 constitution. Without stable funding, in an increasingly authoritarian context, parties were forced into survival mode. Meanwhile, the incumbents continue to finance their party structure and clientelist networks through state resources.

With the collapse of the party system, we see a nonpartisan opposition strategizing and making decisions in the early years of the conflict. Because these groups weren’t able to influence politics as they had hoped and facing the earliest years of Chavismo’s drift toward authoritarianism, they adopted a very hostile strategy toward the president. This first stage of the conflict is key because the opposition adopted an immediate and extra-institutional way of resolving the conflict. We then see a strategic division: some considered the institutional, electoral, and more medium-term path as the strategy to follow, while others, predominantly the de facto establishment, felt the president had to go “now.”

JMT: Chávez took advantage of this crisis in representation to promote a supposedly “nonpartisan” model, but behind the scenes, he concealed the dissolution of party structures. Knowing that parties were discredited, defunding them was a popular move at that time. So, Chávez partially dismantled the opposition. The elimination of funding made clientelism and patronage the main source of funding for party structures. Not winning any significant electoral victories not only resulted in the loss of party funding and formal structure, but also in the loss of informal structures, some of which merged with the governing party. When the Movimiento V República (MVR) swept the 2000 elections, and above all the 2004 elections, all the previously informal regional structures of Acción Democrática and COPEI merged with MVR or were significantly weakened.

Sometimes politics has such a national focus that we forget how key regional structures are for social and political mobilization, like around mayors and governors. The disconnection between parties and regional organizing—a result of these government strategies—allowed Chávez to move forward without electoral opposition until 2006. So, we had actors like the armed forces, the media, businesspeople, and trade union elites serving as the opposition between 2000 and 2004—so much so that when the April 11 coup d’état took place, a member of the economic elite linked to the traditional parties declared himself interim president, disregarding any discussion with the National Assembly.

In that instance, we had a de facto opposition that was looking for quick ways to remove Chávez. Even after participating in the 2004 recall referendum, this opposition did not recognize the result and promoted abstention in the 2005 legislative elections. So, we had an amorphous partisan opposition behind de facto actors with extremist tactics to confront and overthrow the government. And although the government had some authoritarian tendencies, it hadn’t yet turned authoritarian and repressive, as it would become from 2006 onwards. 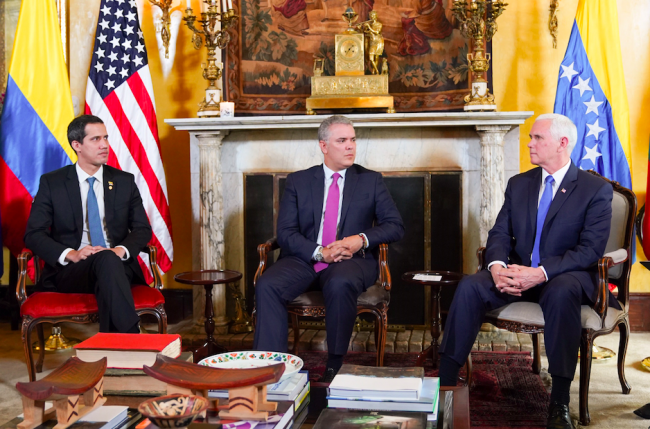 MJ: I also think it’s important to understand the opposition through its cycles of defeat and (relative) recovery. We must also examine the when and why of the two strategic schisms: the extremist route versus the gradual accumulation of power. Short-term thinking and a lack of pluralism within the opposition has not allowed for its organic growth. In fact, strategic divisions have not contributed to fostering internal capacity building; quite to the contrary, not having a shared strategic vision about how to dislodge incumbents forces opponents to restart their quest for democracy almost from scratch after every defeat.

Another relevant moment to understand the process of democratic erosion and weakening of the opposition is the boycott of 2005, which occurred after the defeat in the 2004 referendum. Unable to impose their strategic vision, the nonpartisan opposition—de facto actors—pushed political parties down the abstention route. And as a result, after 2005, Chavismo controlled the National Assembly for five years without any opposition presence, which meant it could legislate and pass authoritarian laws.

Before the 2006 presidential elections, parties put forth the idea of presenting a single joint candidate to run against Chávez; Manuel Rosales, Teodoro Petkoff, and Julio Borges started a process of what I have called “informal coordination.” At that time, nobody thought the opposition could win because Chávez was popular, and favorable oil prices allowed him to fund social projects to win. Even so, under the leadership of Manuel Rosales, the opposition ran this campaign despite having the odds stacked against them. This allowed the opposition camp to forge connections that had withered; this campaign also helped promote mobilization more generally, and even though the opposition lost, this strategy boosted the return of the electoral-institutional strategy.

What we saw in those early years was not just the transition of the Chavista regime toward a hybrid regime, but also a very important mutation within the opposition. These two blocs are often understood as monolithic when, in reality, they have been very diverse from the beginning. Over time, both Chavismo and the opposition have changed.

Read the rest of this piece, available open access for a limited time.

Maryhen Jiménez is a postdoctoral research associate at the Oxford School of Global & Area Studies at the University of Oxford.

Juan Manuel Trak is a sociologist at the Andrés Bello Catholic University (UCAB) with a doctorate in contemporary political processes from the University of Salamanca. He was research coordinator at the Center for Political Science at UCAB from 2013 to 2018.