Popular power was a cornerstone of the Bolivarian Revolution. Facing co-optation, crisis, and decline, its future remains in question. 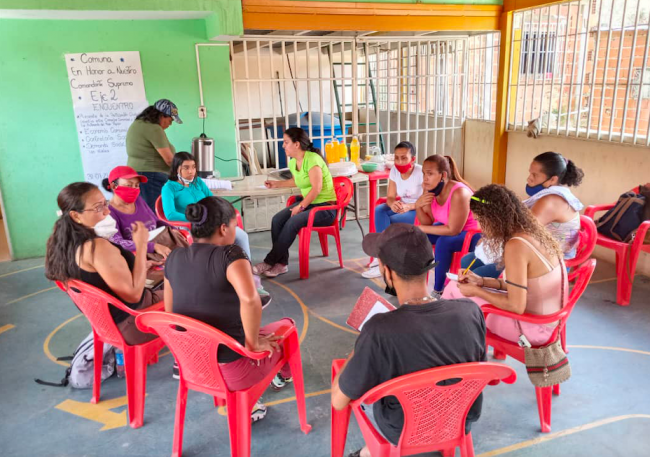 Popular power, understood as a process through which organizations and social movements autonomously make decisions about public issues, was promoted by President Hugo Chávez through communal councils, communes, and other social organizations. The goal was to recreate the necessary social fabric to advance a revolutionary project of inclusion and participatory democracy. Over the course of more than 20 years, popular power has passed through different stages, from presidential advocacy, formation, development, and peak to decline, demobilization, and possible disappearance.

However, there are still minority groups that are critical of Nicolás Maduro’s government and try to implement communal utopia. These are social movements that resisted being incorporated into the institutional social fabric and members of communal councils and communes who resisted bureaucratizing and co-opting practices. These groups have come together in ideologically diverse networks to defend autonomy. And they continue to preach Chavista ideals of inclusion and participatory democracy—ideals that, according to them, became distorted when Maduro took power as president in 2013. But even these scarce remnants are besieged by the governing party, the PSUV, which requires supporters and sympathizers, as well as by the government itself, which persecutes and criminalizes all criticism.

The deep political, economic, and social crisis in Venezuela has made it impossible to continue the community organizing structure that was based on the transfer of economic resources. It has also led to popular sectors focusing on survival and to the government exploiting existing community networks as mechanisms of biocontrol through food programs like the CLAP food bags and the survival subsidies. As a result, the role of the people, embodied in community movements, becomes increasingly abstract in the face of popular power that is weakened, co-opted, bureaucratized, and, in most cases, demobilized and persecuted. Can popular power survive in these difficult conditions?

To explore this question, I spoke with Ulises Castro, a sociologist, educator, and popular communicator. Over the last 23 years and from a young age, he has been and continues to be a member, coordinator, spokesperson, and activist within popular movements as well as a political militant committed to Chavismo. He was founder and coordinator of the Bolivarian School of Popular Power, which has supported the creation of more than 300 communal councils. He also was coordinator of the Bolivarian Circles, a precursor to popular power that Chávez envisioned as the civilian backing for the civic-military Bolivarian Revolution.

Drawing on this rich, broad, and unique experience, this interview takes stock of the evolution of popular power over the past 23 years and how it sought to embed itself in grassroots community movements, scrutinizing both its strengths and weaknesses. Our conversation, conducted by email, has been edited for length and clarity.

María Pilar García-Guadilla: Popular power has become the leitmotif of 21st century socialism since Hugo Chávez became president of Venezuela. Considering your wide-ranging experience as a grassroots movement activist and political militant, can you tell us about the genesis, development, and evolution of popular power? How can we define its praxis?

Ulises Castro: In Venezuela, the antecedents of popular power lie in the breakdown and failure of the Puntofijo pact, specifically the Caracazo, the intense protests that erupted on February 27, 1989 against macroeconomic structural adjustment measures imposed by the International Monetary Fund. Popular power gained traction as an expression of the people’s emancipatory strength, and these protests were associated with the concept of “the multitude” developed by Antonio Negri. The protests were a response to political parties’ serious crisis of representation and the closure of institutional mechanisms to channel discontent. This eruption of rebellion unleashed by the people is a central element to understanding the genesis of popular power. 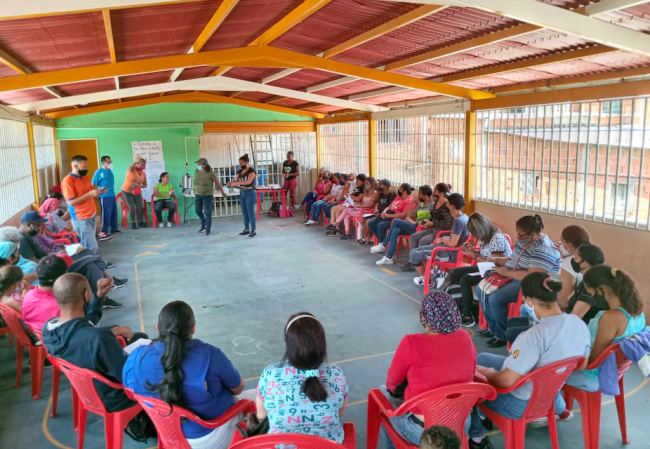 These street protests, together with the leading role of the student movement, were an important expression of the popular struggle that managed to convert long-accumulated discontent into an electoral victory in December 1998, when Comandante Hugo Rafael Chávez Frías was elected president of Venezuela. Under Chávez, substantive content began to be added to the emerging definition of popular power. From my experience in political and community activism, I think this concept can be understood empirically as the exercise of the people’s organized and mobilized strength; the deployment of diverse know-how and experiences from multiple collective identities to build a new social fabric for resistance; and the waging of struggles for rights and liberation with high capacity for political criticism and autonomy in order to construct, manage, and transform their own realities and destinies.

It’s a concept that has been open to redefinition in these 23 years, and therefore the promise of popular power is still a work in progress.

MPGG: How has this historical redefinition of popular power unfolded? Have there been different expressions at different points in time? What have been the main successes, hurdles, and weaknesses in each phase?

UC: We can identify five historical moments of popular power over the course of the past 23 years: advent; expansion; peak; crisis, resistance, and decline; and downfall, disappearance, and reinvention.

The advent began with the election of Chávez as president in 1998 and continued until 2003. In this period, participatory democracy and the joint responsibility of citizens in the exercise of popular sovereignty was promoted through the new constitution. This was taken up by the collective imaginary, forming the basis for the construction of a new democratic social fabric.

Throughout this period, poor and excluded people expressed their power by successfully organizing around urgent demands, by demanding inclusion, and later, by exercising their rights. To this end, new social organizations were created that initially built an important foundation of legitimacy and political support for the government. Among these organizations were the technical water forums, energy forums that took care of communities’ electricity, urban and rural land committees, production and service cooperatives, and Bolivarian Circles. The Bolivarian Circles were democratic spaces for learning about organizing that played very diverse roles, from developing censuses and assessments with community participation to building local infrastructure. 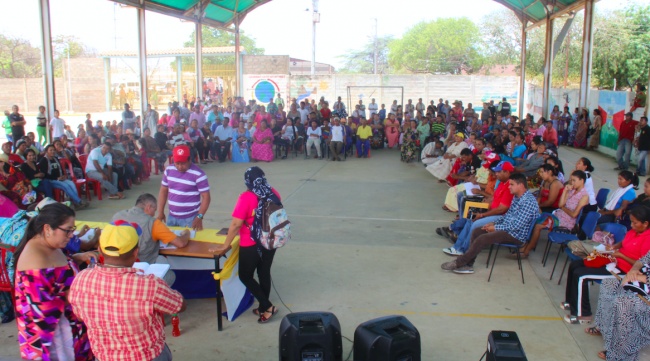 This advent period added to tension with the old political culture, even though the old ways continued to dominate governance with an elitist conception of the “ignorant” poor people. On the other hand, the militarization of governance—oriented around despotic order and vertical command structures and authoritarian practices rooted in a traditional governance culture—contradicted this period’s democratic momentum. In addition, the government’s promotion and driving of community organizing, particularly the president’s control and political direction over the Bolivarian Circles, hollowed out this popular proposal. The dependence, tutelage, and manipulation of the Bolivarian Circles from the president’s office turned them into a clientelist and populist relationship. While I was coordinator of the Bolivarian Circles for five months, one of the most important tasks was carrying out social oversight; we presented a corruption report to the president with serious and substantiated complaints concerning the nascent food policy in 2003 and 2004, but they were never investigated. On the contrary, a kind of conspiracy emerged against the Bolivarian Circles in the Miraflores Palace that ended up dividing and crushing them, blocking any critical currents.

María Pilar García-Guadilla is a professor at the Universidad Simón Bolívar in Venezuela and a feminist and environmental activist. She studies social and democratic movements from below. With Ana L. Mallen, she is author of Venezuela’s Polarized Politics: The Paradox of Direct Democracy under Chávez.

Ulises Castro is a sociologist, educator, popular communicator, and commune member. He was coordinator of the Bolivarian Circles. Currently, he is spokesperson of the Red Autónoma de Comuneros and a member of the national political leadership of the coalition Alternativa Popular Revolucionaria.