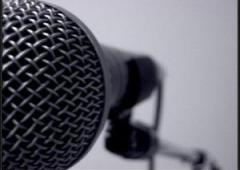 We are pleased to announce that NACLA has launched its first NACLA Radio Podcast. Featuring content on the U.S.-Mexico Border, Bolivia, Chile, Venezuela, and much more.

NACLA’s latest Report on the Americas is now available. This issue, "Latino Student Movements: Defending Education," gives voice to Latino student movements across the Americas that are standing up to the crises, cutbacks, and repression.

The North American Congress on Latin America (NACLA) seeks a full-time Co-Editor to produce our bimonthly magazine on Latin American politics and U.S. relations with the region, NACLA Report on the Americas. The ideal candidate will have a strong background in magazine journalism as well as Latin American studies.

Hyper-Violence in Mexico: An Interview with Howard Campbell
July 21, 2011
NACLA

In the most recent issue of NACLA, anthropologist Howard Campbell examines how Ciudad Juárez became the world’s most violent city after Mexican President Felipe Calderón deployed thousands of soldiers and federal police to fight the cartels. Campbell, a professor at the University of Texas-El Paso spoke with NACLA to further explain the political, social, and economic forces that led to this hyper-violence in Mexico.