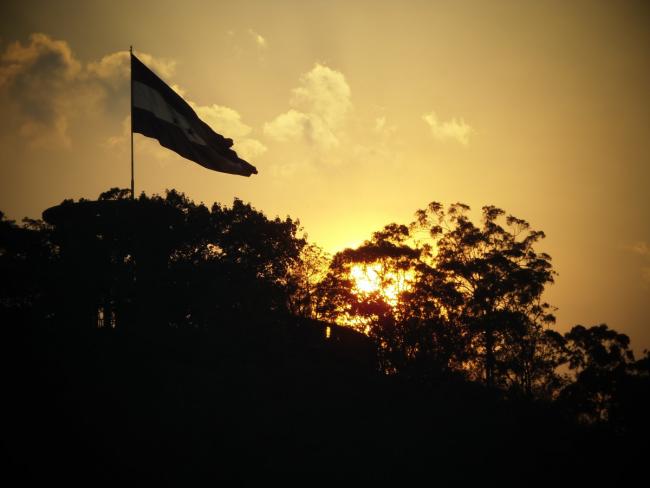 “We are writing to urge you to stand with democracy and human rights in Honduras.” So began a letter to then-U.S. president Barack Obama signed by 240 academics and experts, just months after a U.S.-backed coup d’état removed democratically-elected Honduran president Manuel Zelaya from office.

Today, June 28, 2019, marks the 10thanniversary of that coup. In the decade since, NACLA contributors have been steadfast in highlighting everything from the spike in state-sponsored repression to the U.S. mainstream media’s role in legitimizing it.

Thus, we invite you to revisit some of NACLA’s coverage in the immediate aftermath, both online and in subsequent issues of the Report—including a special 2010 Honduras issue—that gives context and analysis on the 2009 coup. And as we reflect on the ten years that have passed, it is also important to understand the impact the coup has continued to have on Honduran democracy—from the irregularities and fraud of the 2013 and 2017 presidential elections, to the repression and murder of Indigenous activists like Berta Cáceres. These ten years mark what academic and activist and NACLA contributor Dana Frank refers to as “the long Honduran night.”

In addition to the selected readings below, be sure to check out an interview with Honduran activist Luis Méndez, copublished today by NACLA and Jacobin Magazine, and a commentary by Sara Kozameh reflecting on this tragic anniversary.

• May 28, 2011: Zelaya's Return: Neither Reconciliation nor Democracy in Honduras by Adrienne Pine

• June 23, 2010: The Honduran Business Elite One Year After the Coup by Dawn Paley

• June 30, 2009: Showdown in Honduras: The Rise, Repression and Uncertain Future of the Coup by Benjamin Dangl