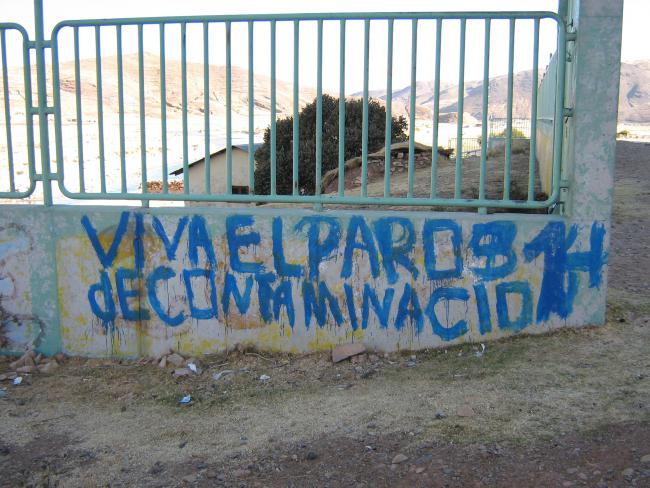 With over one quarter of the world’s fresh water coursing through its rivers, Latin America has long stoked the imaginations of those who would turn water into gold. Following the logic of nineteenth century adventurers, global financiers in the last decade have invested heavily in the latest mineral boom in the region. Capitalists also see in Latin America’s water the resources to fill the world’s grocery shelves and ethanol tanks. A recent World Bank report calculated that with proper engineering of rivers and groundwater, Latin America could have as much as 28% of the world’s developable arable land. “The region overall is a net food exporter,” the report notes, and urges policymakers to avoid export taxes or regulations on the production of feedgrains for global livestock or biofuels for the world’s energy markets.

The apparent super-abundance of water in Latin America makes the region’s return to dependence on primary product exportation seem a logical course of action for those who see it in the abstract, on paper, divorced from its physical and social surroundings. Water for the subsistence farmer or fisher means life and sustenance; for architects of industrializing economies, however, it means agribusiness, hydropower, mines, oil and gas fields, manufacturing, transport, and room for growth in the cities that will soon hold 90% of the region’s population.

The clash between basic needs and the demands of transnational capital is nowhere more acute than in the Andes, where Latin America’s greatest percentage of people live in arid regions. In Peru, for example, more than two thirds of the population lives on arid land, where less than 2% of the country’s water flows. With U.S., European, and Chinese demand driving global commodity prices upward in the last decade, Andean economies are more reliant as a percentage of GDP on dirty and water-intensive exports of commodity metals, fossil fuels, and agricultural goods than anywhere else in Latin America. This rising demand on the parched desert lands between the Andes and Pacific is colliding with receding glaciers, erratic rains in the Altiplano, and dwindling water levels in groundwater basins.

As plans for expansion of water-intensive industries have gone forward, conflict over scarce supplies has prompted governments to militarize some regions and make tacit alliances with organized crime in others. Andean governments are allocating existing surface and groundwater to the highest bidder, and ignoring the objections of communities to the de facto theft of water by failing to regulate polluters. As Barbara Lynch points out in the following Report, new national water statutes that purport to increase transparency and fairness in the allocation of water are beset by problems of poor implementation and ill-considered institution-building. Rachel Conrad points out that in Ecuador, the objections of rural communities to the damming of the Dulcepampa River were pushed aside by hasty, backroom deals between government officials and the private sector company Hidrotambo, which was eager to sell credits for the dam’s operations to buyers of carbon offsets in wealthy countries. Finally, in my own article, I write about the Peruvian government’s highly publicized efforts to phase out destructive modes of informal gold mining, moves that have in fact done little to reduce pollution but much to increase the government’s military and police presence in resource-rich areas of the country.

As these articles illustrate, the outcome of resource-based conflicts will determine much about whether regimes in the Andean region will veer toward dictatorship, deeper democracy, or disintegration.

For our Report sidebars, see Rachel Conrad's interview with anti-extractivist mayor Ramiro Trujillo, and Heather Williams on the COP 20 UN climate conference and glacial retreat in the Andes.