Your support helps continue to make NACLA a vital resource for news and analysis of the Americas in the new year.

Toward An Assessment of Venezuela’s Regional Elections (disponible en español) 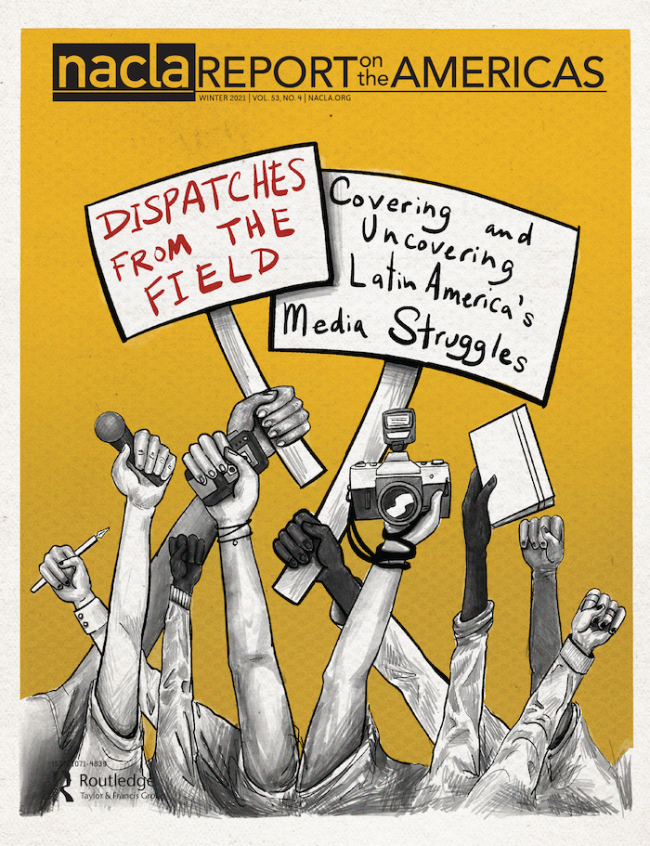 Mexican president Felipe Calderón strode off to the World Economic Forum with a bold agenda. At the forum and in meetings with European business leaders and heads of state, he presented Mexico as the guarantor of economic orthodoxy and explicitly criticized Latin American nations that have deviated from the path laid out by the international financial institutions and the U.S. government.

Even in safe and serene Denmark, Luiz Urquiza could not shake off the trauma inflicted by his ex-colleagues. His new line of work, taxi driving, caused the daily aggravation of his most painful wound, sustained when his tormentors fired several bullets into his left leg. Danish doctors and psychologists did what they could, but recovery was never more than partial. For two years in the 1970s, Urquiza had been jailed, mocked, beaten, suffocated and, on one occasion, taken before a fake firing squad—all because he dared study at a university before entering the Argentine police force, and was, therefore, considered “subversive.”

As the Inter-American Development Bank considers an additional $400 million loan to support a natural-gas project in Peru’s Camisea rainforest, a NACLA investigation, funded by the Samuel Chavkin Investigative Journalism Fund, finds evidence of botched pipelines and a government cover-up.

While the U.S imperial presence has emerged as a more or less acknowledged fact of the 21st century, popular references to U.S. power often gloss over a complex, amorphous system of organization and domination.1 What debate and discussion of empire there is in the United States has been almost entirely confined to its most pronounced, military expressions.

Last spring, I came across an article in Caribbean Edge magazine on Vieques, a small island seven miles off the coast of Puerto Rico. According to the article, Vieques' "lush green rainforest, pristine beaches, and crystal clear waters" are "the perfect place to relax and experience the quiet charms of a truly unspoiled Caribbean island."

After over a year of elections with sweeping victories for left-leaning candidates, this commentary by Raúl Zibechi probes what the new political scenario means for the region’s social movements

Extraditing Fujimori: The Other Dictator in Chile
Benjamin Witte
September 4, 2007

Upon the death of brutal dictator Augusto Pinochet, Uruguayan author Eduardo Galeano summed up the feeling of many Chileans in concluding, “Death ultimately beat justice.” In a cosmic twist of irony, Pinochet died on International Human Rights Day—December 10—while eluding punishment for his crimes.

Latin America points the way for progressive politics, and the NACLA Report is on the story. When the Democratic Party wrestled a slim majority in Congress in the 2006 midterm elections, the punditry was quick to pronounce it a "revolution." But while lefties may have raised a hopeful fist on election night, nobody could legitimately claim that the shift in power stemmed from an energetic, organized, dedicated grassroots movement. Latin America is a different story.