The Long Brazilian Crisis: Part I

Latin America's largest economy is in disarray; its historic Workers Party faces destruction; and its radical left searches for a response. 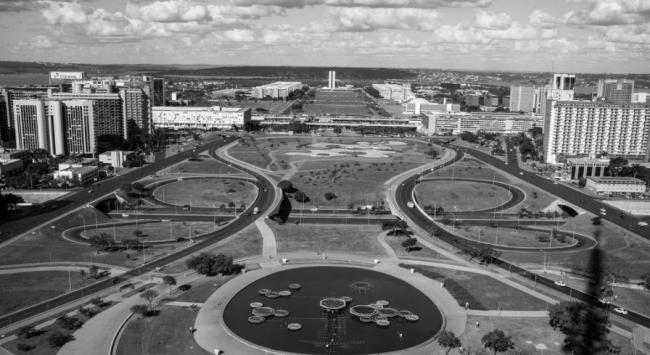 Wednesday, January 24, 2018 might prove to be an infamous day in the history of Brazil. That day, a regional court of appeals in the southern city of Porto Alegre voted unanimously to uphold former president Luiz Inácio Lula da Silva’s corruption conviction, sentencing him to twelve years in prison. For many, Lula’s conviction marks a victory against the culture of elite impunity and criminality that scars Brazilian politics. For most of the Left, this judgment represents another nail in the coffin of Brazilian democracy, as a reactionary judiciary seeks to ban Brazil’s most popular politician from competing in the upcoming 2018 elections.

Lula’s conviction has the potential to throw Brazil’s political system deeper into crisis. In a climate of generalized political uncertainty, the far right has a chance to make significant electoral gains, as the pro-dictatorship bigot Jair Bolsonaro runs second to Lula in the polls. Bolsonaro is gaining new supporters, who, disgusted by endless corruption scandals are attracted to his authoritarian demagoguery, evidenced by such statements as “a policeman who doesn’t kill isn’t a policeman.”

The conviction marks yet another step in a political saga that has plunged Brazil into its deepest political crisis since the country’s return to democracy in the late eighties. Depending on who you ask, this operatic saga began either in 2014 after the Workers’ Party (PT) candidate Dilma Rousseff, who was then seeking re-election, narrowly edged out the candidate of the center-right Social Democratic Party of Brazil (PSDB) Aécio Neves, or in June 2013 as the biggest protest movement in recent Brazilian history transformed the political landscape. Unable to push the PT from federal power through electoral means, Brazil’s right-wing establishment — through its control of the media and allies in the judiciary—sought to reverse the 2014 election and remove Dilma.

That same election saw the election of the most right-wing congress elected since Brazil’s return to democracy. The division between a PT administration and reactionary congress reflected the levels of polarization in Brazilian society. Dilma was eventually ousted in August 2016, through the schemes of this same right-wing congress, as the political class sought to protect itself from corruption charges and Brazil’s economic elites were pushing for an austerity agenda that the PT refused to implement. Since Dilma’s removal, the judiciary has played an increasingly pronounced role in the elite’s war against the Left.

Major politicians of the right-wing establishment, such as Aécio Neves and Michel Temer, walk free, protected by the political class and their friends in the judiciary, despite being caught red-handed soliciting bribes (and worse). Meanwhile, Lula has been convicted on what even several right-wing and liberal critics of the PT have described as a weak case based on flimsy evidence.

The fall of the PT government has not only weakened Brazil’s left, but also been a major setback to the Latin American left more generally, as it gave key political and economic support to more radical projects elsewhere.

There is much to criticize the PT for, such as their alliances with right-wing political parties—including the Brazilian Democratic Movement (PMDB), which led the movement for Rousseff’s impeachment—and their accommodations to neoliberalism. But it’s clear that Lula’s impeachment represents an attempt to destroy Lula and the PT through a legal process, while cementing the association between the Left and corruption in the public’s imagination. As Alex Hochuli and I wrote last year after Lula’s original conviction, “The parliamentary coup of 2016 was carried on the back of anticorruption protests that targeted the PT. These were stoked by the regular leaking of corruption revelations to the media by the Lava Jato (‘Car Wash’) investigations. But if Dilma Rousseff’s impeachment last year was the coup’s principle maneuver, Lula’s conviction now looks like its completion.”

Brazil’s left while increasingly fragmented, demoralized, and weakened after years of defeat—remains relatively powerful and to an extent, intact. This, despite a parliamentary coup, a relentless right-wing media onslaught, political repression, and corruption investigations. The trade union movement is still capable of mass action as evidenced by last year’s general strike and there are still large well-organized social movements with hundreds of thousands of members. This should not be taken for granted as the systematic dismantling of Brazil’s hard-won labor laws weakens the trade union movement by the day. Further fragmentation of the radical left and increased levels of political repression against activists are both likely scenarios.

Despite being a shadow of its former self and lacking a clear political program, the PT remains the only substantive—in the sense of having a social base and the capacity for electoral mobilization—mainstream leftist political party in Brazil. Its membership makes it the second-largest party in Brazil across all ideological grounds. Generally, the other parties in the pluri-party system mostly consist of ideologically bankrupt loose organizations feeding off patronage, vehicles for individual politicians, or simply criminal associations — with the exception of principled yet small radical left parties such as the Party for Socialism and Liberty (PSOL), the Trotskyist United Socialist Workers Party (PSTU) and the Brazilian Communist Party (PCB). This keeps the PT relevant, despite diminished political capital. This is why the PT has placed its political future in the hands of Lula, who is still Brazil’s most popular politician and would almost certainly win an election if he were allowed to run.

The English-language coverage of Brazilian politics leaves much to be desired. Foreign correspondents and analysts frequently lapse into cliches and banalities in their depictions of Brazil, repeating right-wing talking points handed to them from well-connected elites depicting the PT and Lula as an authoritarian communist menace. Brazil’s many social problems, from inequality to high levels of violent crime, are reduced to a consequence of Brazil’s failure to modernize and rid itself of its archaic political culture, patronage networks, and corruption.

This roundtable, a collaboration between NACLA and Jacobin Magazine, seeks to give a platform for alternative voices in Brazilian politics; a taste of the different positions on Brazil’s large and diverse left, including the PT, social movements, and the radical left. Our aim is to give a sense not only of the stakes as Latin America’s largest economy plunges deeper into crisis, but also of the lessons that can be drawn from Brazil’s experience. From the power of right-wing anticorruption politics — of the kind Jeremy Corbyn might face after winning the next UK election — we can see some of the strategies and manners in which the ruling class seeks to delegitimize and neuter a left-wing government.

·       The National Coordination of the Homeless Workers Movement on why Lula’s conviction doesn’t hold water;

·       Tamires Gomes Sampaio of the Lula Institute on the historically racist nature of Brazil’s judiciary;

·       Daniela Mussi, editor of October Magazine, on the paralyzing questions facing the Brazilian left; and

·       Sabrina Fernandes on the ongoing fragmentation of the radical left.

We hope this series provides a roadmap to the broad and diverse views of the Brazilian left, which, under profoundly challenging and contradictory circumstances, is attempting to build an alternative to the country’s long history of elite domination.

Look out for a second installment of this series in NACLA on Monday, featuring James Green, Bryan Pitts, and Alexandre Fortes.

Benjamin Fogel is doing his PhD in history at New York University and is part of the Africa is a Country editorial collective.